Very shy and easily scared, but once they get to know you, their personality emerges. Almost always cold, so they bundle to keep warm. Can be seen drawing, playing video games, building gundams, or painting Warhammer models. All while either watching Netflix, Game Grumps, or Markiplier. Tends to stay home and ventures out only on occasion.

Hello to all the new people that have subscribed during this looooong hiatus! Which, unfortunately will still be continuing, as I am really focusing on growing my Etsy store, and creating new things for that.

If you follow me on the social medias, you'll know that I recently got a Cricut, and have been using that to create new stickers, it took a bit to get the hang of, but now that I do, I'll be putting new stickers on my store soon! You can check out my Etsy here (or with the link in my bio) if you're interested!

I've also been collaborating with a pin maker (@OnceUponAPin, check out her pins, they're ADORABLE) on Instagram to make my first pin! I'm super excited about that, and they drop this Friday, May 25th!!

I may at some point at least finish this chapter since I feel bad leaving it off in such a a weird place, but I don't know when I'll be getting around to it.

Especially since I'll be moving cross country soon. Yup. Huge move incoming, and I am trying to get ready for that in the midst of everything else I've been doing. Cool stuff. I've never moved before either, so it'll be awesome, and terrifying! XD

So, there's my update. I just wanted to share those few things with you guys. Hope everyone is doing well!

Thanks again for sticking around, and for the new people that subscribed! It's much appreciated! <3<3<3
Reply  to conversation

Hey everyone, sorry that I've been absent on here since May, things have been kinda crazy lately. The past few months I've been dealing with a lot of personal/health issues and have barely had time to do anything Broken Wings related, or drawing in general. I've been mostly focusing on my health; resting and having to schedule many dr appts and tests. I am feeling better than I was when this all started (at the beginning of August) at least.

I've been doing some random arty things here and there, and occasionally putting a new work on my Red Bubble.

On a happier note, I got engaged! :D Tho that's also been pretty crazy, cuz we've had to rapidly plan an engagement party before my fiance's parents retire and leave the country. And since they're leaving relatively soon, our weekends (and some week-nights) have been taken by going places with them, and hanging out as much as we can before they leave. Which has been really fun, but also tiring. x3

As for the status of Broken Wings, I just haven't had the time or energy to get anything I've wanted done, so I've decided to take a step back and put it on an indefinite hiatus for the time being. I think I may have burnt myself out while working on it, and I need some time to get my love for working on this back. It will continue, just not for a while. ^^;

I'm also gonna be shutting down my Patreon until I get things in order, since it was made for Broken Wings, and I've been wanting to overhaul and make it better.

I'm gonna focus on some other things that I've been wanting to do, such as drawing more for myself, since I haven't in such a long time (and I wanna get back into really loving drawing), from either being busy or sick. Also I've wanted to create a portfolio site and little online store for myself, with keychains, stickers, buttons, etc. It's something I've always wanted to work on, and thought it'd be a fun and different thing to do to get myself re-energized. :3

Anyway, I just wanna say a big big thank you to all of my subscribers (and everyone who reads my comic) for being so patient and supportive; for sticking with me through all of my late or missed updates, breaks or hiatuses, you guys are the best!!! <3

I also wanted to thank all the people that have been subscribing since I've been on hiatus, I was genuinely surprised to see this even tho I've been gone for most of this year. Thank you all so much!!

Broken Wings will return, it'll just take longer than either of us had expected.

I'll still be on all the social medias I have linked here, so feel free to follow/contact me there. I wanna get into the habit of posting my art and stuff more frequently :3 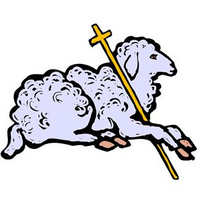 Hey, I wanted to update everyone on how I'm doing and the status of Broken Wings.

I'm becoming more at peace with Stormy's passing, tho picking up his ashes hit me hard... I bought a custom urn for him that won't be ready for a while, but it'll look just like him when it's finished.

As for Broken Wings, I'm keeping it on hiatus for a little while longer, so I can sort some other personal things out, I hope you can understand, and thanks for supporting me after all my issues and stuff. You guys are great :3

It'll be another month at least, and I'll let everyone know when I intend to continue.

Thanks again for your support <3 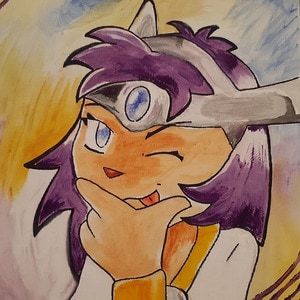 Look after yourself! :)
Reply  to conversation

For people who don't follow me on the social medias:

So on Friday... I had to make the toughest decision any pet owner could make... I had to put Stormy down... His foot tumor grew back, and really aggressively... And it ended up being the best option cuz his quality of life wouldn't have been great otherwise... and I felt horrible cuz he was perfectly healthy besides that....

But he lived for almost 11 years, and he was a very happy and spazzy bunny, very smart and loveable, loved getting his head scratched, that was his favorite spot, he loved getting any kind of treat, I never bought a treat he didn't like, he was my chubby bunny and I loved him so much, with all my heart...

...A nice thing the vet place I went to does is make these clay imprints of your pets paw with their name above it for free and it's such a sweet idea...

I got him cremated... Cuz I couldn't bury him when I know I'm gonna be moving in the not too far future, and that my parents are gonna be moving at some point so I wouldn't be able to even visit him...

I'm gonna get him a great custom painted urn that I found on Etsy so it'll look like him...

And that weekend (sat-mon) we had plans to visit my brother in Maryland, and I couldn't not go, so straight after having this happen I was on a 5 hr car ride and mini vacation which was a big distraction, and it was a fun distraction, but now that I'm home I feel like I need time to actually process what happened, and actually give myself time to grieve...

So I'm going to take a small hiatus from comic work so I can relax and take care of myself, I'm still gonna be putting up new eBay stuff tomorrow (April 12) as I had forgotten too last week, and I will continue with Patreon as best I can...

But yea, I'll try to keep everyone updated on when I'll be coming back, but until then, I'm just gonna get plenty of rest and surround myself with my favorite ppl and things...

Thanks for reading my sad ramblings... <3 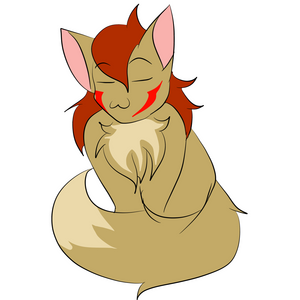 Take all the time you need, hon. I know what it's like to lose a beloved pet who lived over a decade. You did the best you knew how.
Reply  to conversation

Hey, so there won't be a page update this week, and I feel really bad about it since I haven't been able to keep up with pages lately... If its not one thing, its another, and I've been sick, and blah blah blah... Maybe I should change my update schedule to "Updates Saturdays, when I can" >> I'm really sorry again, but I'll be back to work on Tuesday and I'll get a page up next weekend <3 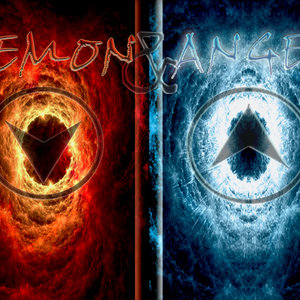 You are quite alright Lissa You have other priorities you need to do what you must.
Reply  to conversation

hey! I'm finally not sick anymore! yay! :D Getting back to work today and resume updates this weekend! :3 (I promised myself also that I won't get distracted by Breath of the Wild on Friday x3)

get well soon work when you can

Thanks guys =w= I'm feeling moderately better than I was, but I won't be able to get a page up this week. Maybe by next weekend tho, I'll keep you guys updated
Reply  to conversation

Life has gotten in the way once again in the form of some kind of stomach bug. funfun. Tuesday night was awful. I've been kinda feeling better today and I wanted try to at least get the inked page up for u guys, but I'm not sure how realistic that is given that I'm starting to feel exhausted and shaky >>;
I feel really bad cuz I seem to be sick often and letting it get in the way of updates... When I feel better I'm gonna make a backlog so u guys won't go without updates when I get sick again.

I'm so sorry for no update this week, I'm gonna rest up over the weekend and I'll be working hard again once I'm better <3<3<3
Reply  to conversation

Hey, been trying to think of new rewards for my Patreon and I wanted to get your opinions!

What would you like to see on my Patreon? :3

(I can't guarantee I'll use your suggestion, but your input would be greatly appreciated ^w^)
Reply  to conversation

Okay so I was basically incapacitated all weekend due to having a uterus so nothing beyond playing a bit of pokemon sun and sleep happened >> But! To make up for missing this weekends sketch, I'll do a double sketch update this Saturday! :3 Thank you guys so much for being so awesome and patient while I get things sorted during this hiatus! <3<3<3<3

Don't worry! That's a week you definitely need to chill and play Pokémon :3
Reply  to conversation