My new computer is set up but it's still going to take a bit of time before the next page is finished because I'm not used to drawing with a good framerate/no lag.
Reply  to conversation

One of the two hinges on my laptop has already snapped quite a bit ago, but it seems as though the remaining hinge doesn't have much longer in its pitiful existence. My new computer (well, new from last year) has finally begun its journey to my new home, but if it doesn't get here by the time my laptop self-decapitates, then there will be a small hiatus. It's my first time having a large item shipped to the middle of the ocean, so I have no idea what to expect. 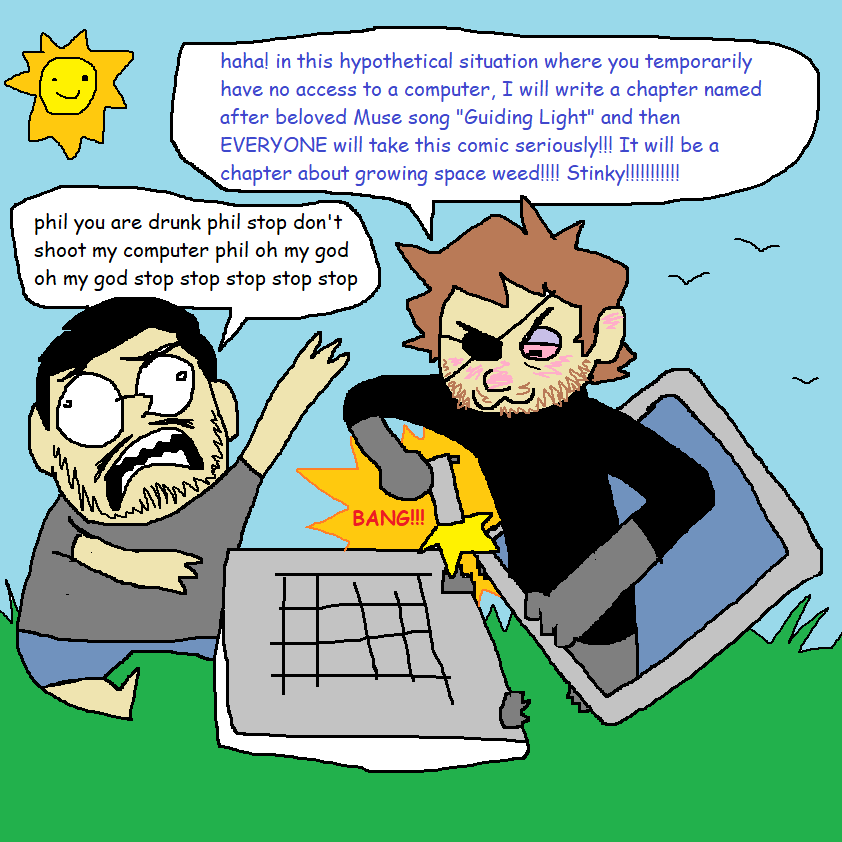 I have finished moving. I can finally work on the comic again. 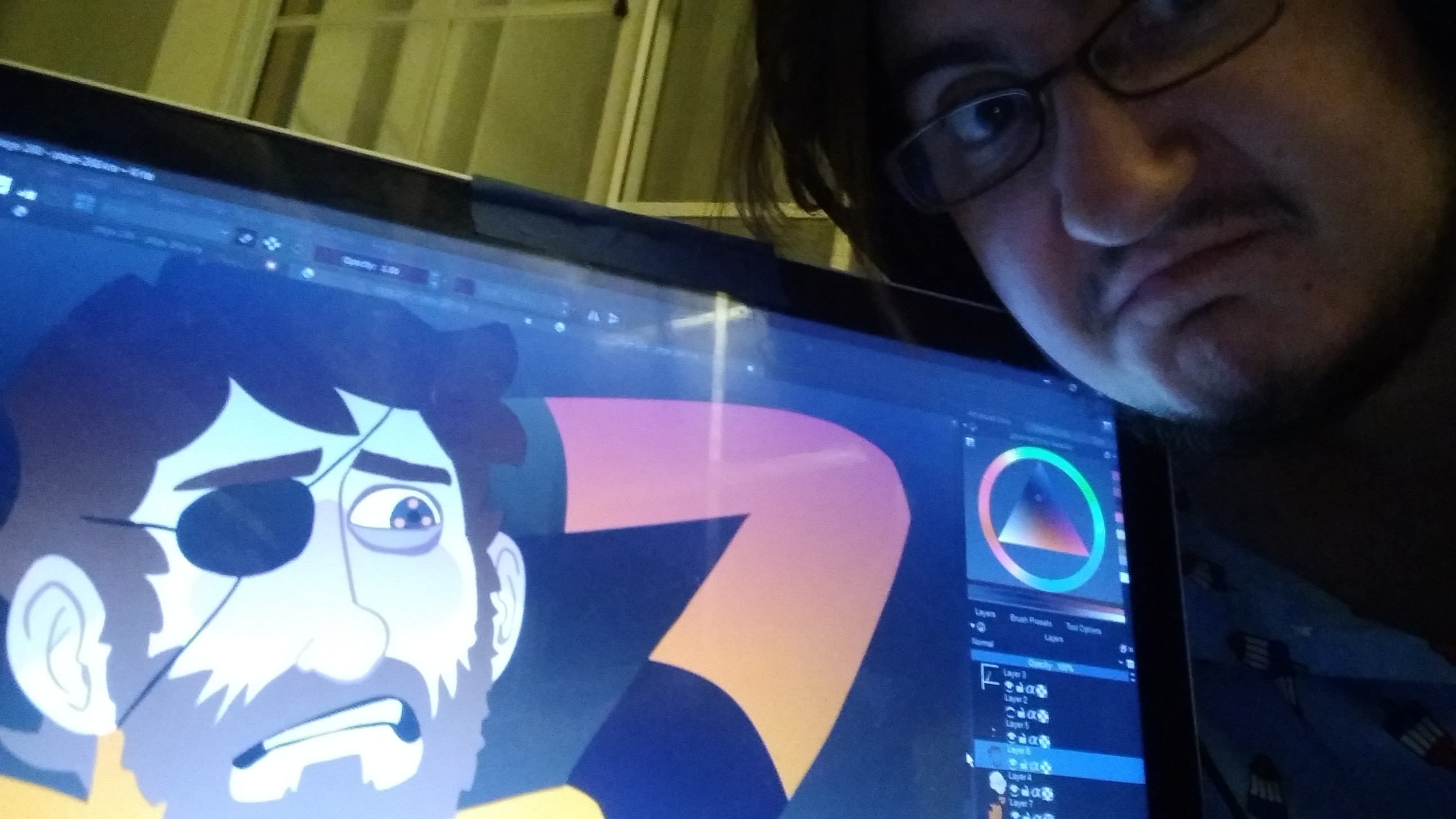 [IMPORTANT: PLEASE READ]
Just putting this question out there, but if I made a Patreon, would anyone support me there? Or would anyone like to commission artwork from me? Recently I have been struggling a lot with having daily panic attacks at work, so I've had to temporarily switch to a part time schedule until I can get referred to a psychiatrist, and even part time is very difficult for me.
The reason this is so bad is because I am trying to save money to move to Guam in January and go to school there to become an art teacher. Please let me know if you are interested in helping me out monetarily, because I might just have to quit my job if the panic attacks don't stop and I know getting mental help (doctors, therapy, medication, etc.) will be very expensive.
I am doing my best to get through this, and obviously this is messing with my ability to produce pages on time, but expect a new page soon.
Reply  to conversation

Sorry the newest pages have been taking so long. I just feel so burnt out and tired and I needed to take a break and work on an unrelated future project just so my life would stop feeling like a Groundhog Day loop. But I promise there will be two new pages this coming week. They are almost done.
Reply  to conversation

I have a Twitter now. It'll be for art and rambling. I don't know how to use Twitter. https://twitter.com/leo_pickle
Reply  to conversation

Spoilers for Chapter 420: Execution Commentary. After yet another failed attempt to consume cake, Phil now sports two eye patches, doubling his Cool Factor. Unfortunately, during Cake Incident 2: Electric Boogaloo, his face became contorted into a permanent Dreamworks Grin. Unable to tell the difference between breathing and smoking, most of his oxygen intake now comes through shoving joints, blunts, cigarettes, and vapes into his various breathing holes. He is now permanently oxygen deprived. Bored with the status quo, he converts back to Catholicism. Unfortunately for him, about 100 years ago, the state burned all religious texts so Phil just makes up the rules as he goes along. As the new pope, he snaps his finger and instantly all the water in the universe becomes wine. Every living being in existence dies because water is the building block of life and now it is just grape juice for alcoholics. The End. 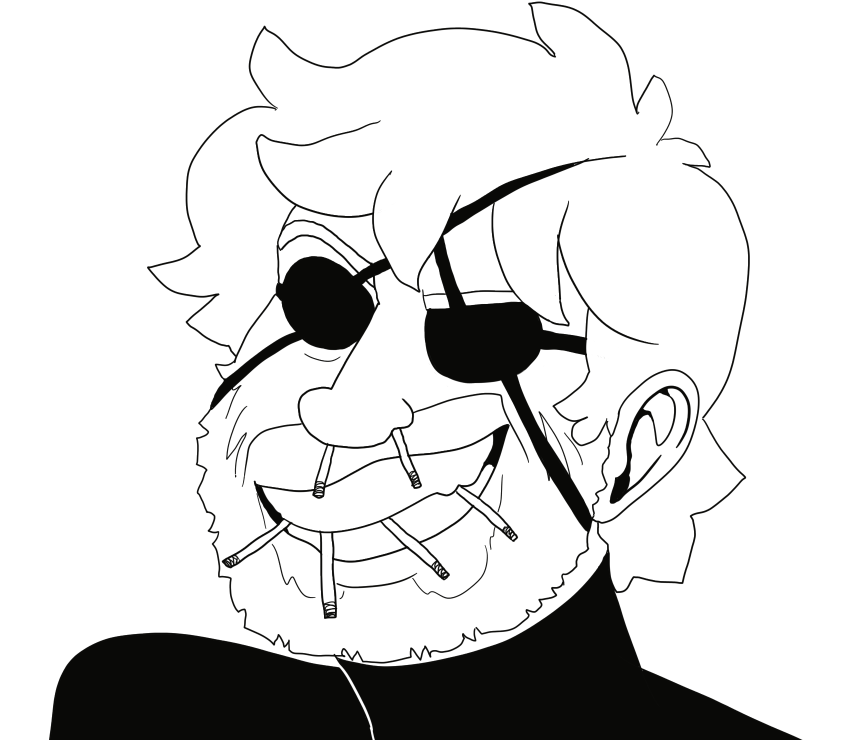 I made a Youtube channel. Check it out if you like HOT TRASH.
https://www.youtube.com/watch?v=pwyla4mQe14
Reply  to conversation

webcomic delayed due to midlife crisis
Reply  to conversation