Pirate by day, writer by night. Or something like that. Author of character-driven, DarkFantasyRomance novels with LGBT+ protags. 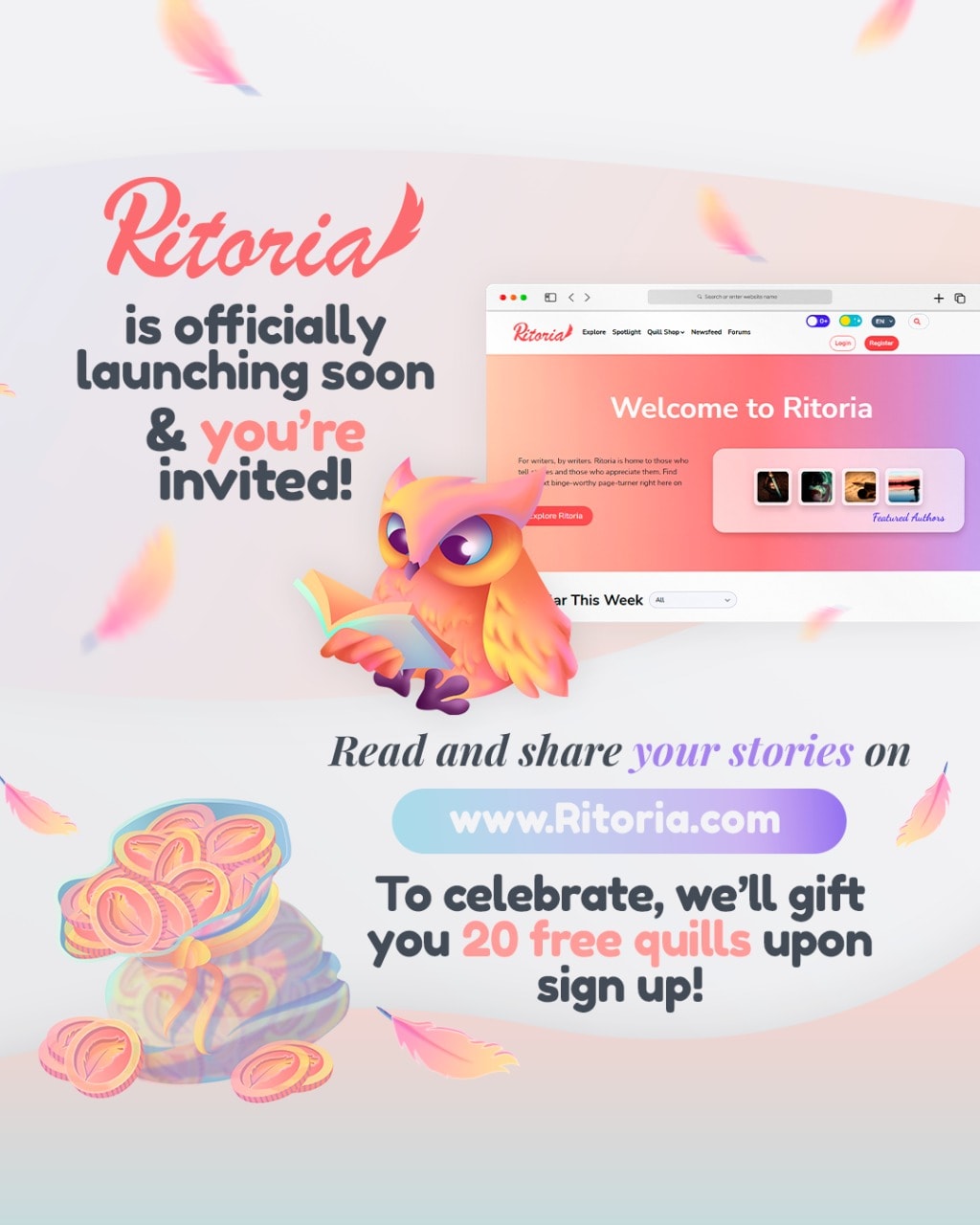 Hi friends! An announcement / heads up:

Potionmaster will be coming off of Tapas on Monday, February 8th, 2021. Thank you for all of your support and for sticking with the story as long as you did -- I appreciate it more than I can say.

If you're looking for something else to read, Wicked Waters (the Oceana Series) updates daily on my profile. I also post short stories on patreon (http://www.patreon.com/ceemtaylor) and my website (http://www.cameronmontaguetaylor.com).

Hope to see you there!

It's Sunday Funday -- which means I'm posting a brand-new story on my blog. I throw writing prompts up there four times a week, but Sundays are special. In addition to the prompt and questions for discussion, I also hold a fiction exchange. If you'd like to answer the prompt and post your flash fic for me (and others) to see and comment on, head on over here:

There are more details about how to participate in the post.

On Sundays, I also post my own writing to the blog (my flash fic is patrons-only on Tuesday, Thursday, and Saturday). Today's flash fic is a post-canon short featuring Neveshir from Potionmaster. Spoiler alert purely by virtue of the fact that it's set post-canon! (But it's very cute XD.)
Reply  to conversation

Hello everyone! I've begun posting a new series on Tapas called Potionmaster. It's a complete standalone Fantasy/LGBTQ+/Romance novel of 88k and will update Monday-Wednesday Friday.

Potionmaster features gay, bi, asexual, and non-binary characters. The romance is between two men. Read on for: found family, friends-to-lovers, forbidden romance, self-acceptance, a snarky MC, and things getting set on fire.

The blurb: When a terrible plague strikes the city of Alkaya, Royal Chef Neveshir must attempt forbidden blood-magic in order to save his home, his people, and the Shah he isn't meant to love.

The full summary: Royal Chef Neveshir Sevelin is a Karán: a man born with dangerous magic running through his veins. Like all Maker-touched, he can use fire to transmute, but only Karán have the power to kill with it. Though most Karán spend their careers bound in service on the war-front, Neveshir has sworn off killing. He roams free in Alkaya where he uses his talents to craft culinary masterpieces for his former shieldmate and dearest friend, Shah Melík Saf Kanh, ruler of all Esenia.

When a terrible disease breaks out in the city, however, Neveshir is asked to revisit the powerful magic he hasn't used in decades -- a request that has the Maker's Guild up in arms. Neveshir can't blame them. He knows what he is: a poison-blood who was Maker-made to take lives, not save them.

Then Melík falls ill. The disease spreads beyond the Guild's ability to control, showing a malevolence that defies medicine and forces Neveshir to consider more extreme measures. In order to discover the source of the disease, transmute a cure, and save the man he's not supposed to love, Neveshir must overcome his fear of his own nature -- before it's too late.

I look forward to hearing what you think! 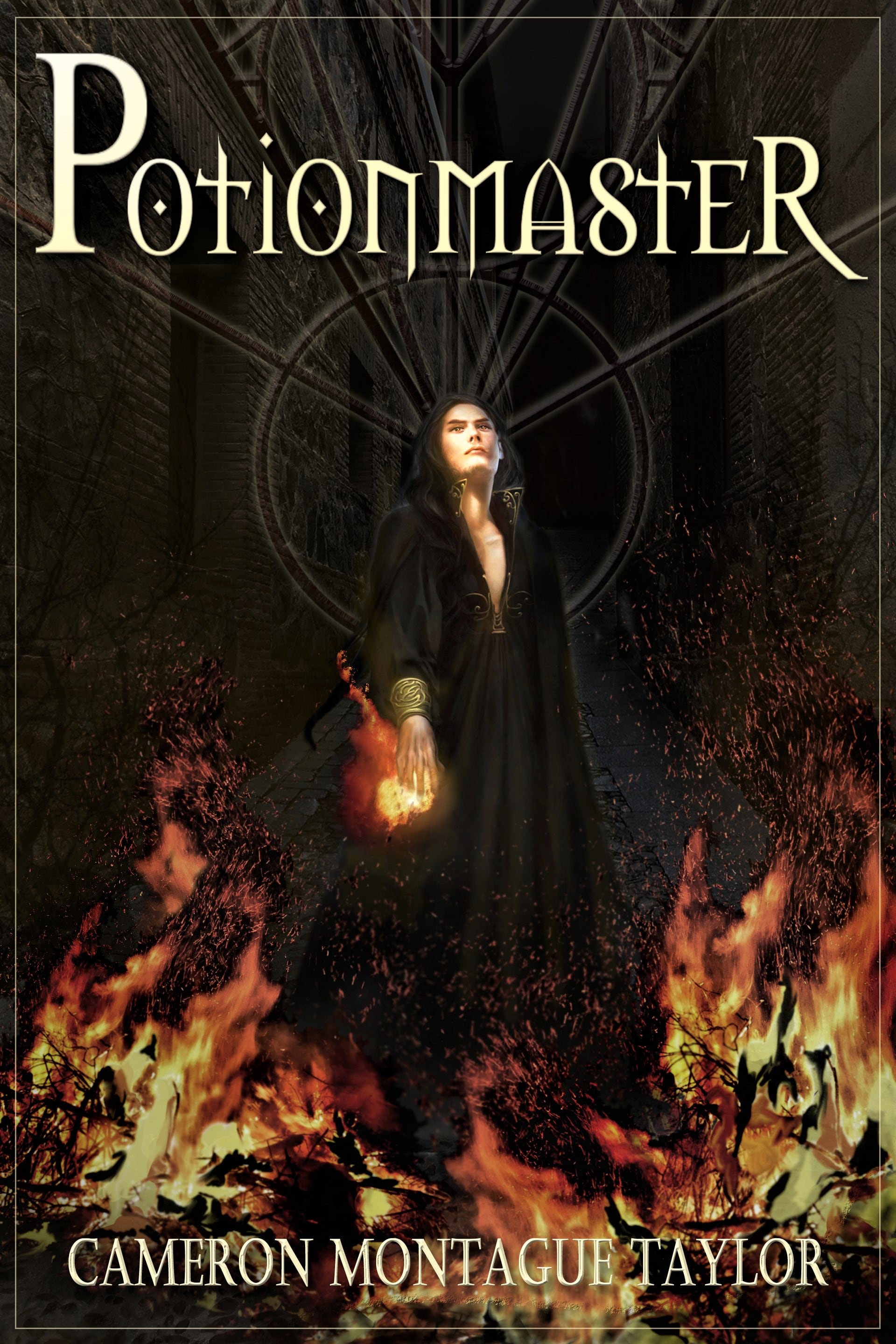 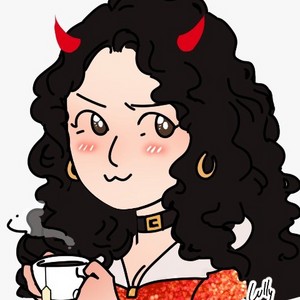 I read it on wattpad and now I will have to read it again here, because I love this one that much s2

Thank you MariMolly! <333
Reply  to conversation

Hello friends! It looks like the spam bots are back, because my notifications are blowing up with burner accounts trying to offer me (and presumably, some of you) a sexy fun time. I'm trying to block & delete, but there's a *lot* of them, so in the mean time, please don't engage :)

If someone contacts you with any kind of solicitation on my stories, it isn't me -- please report.

That said, if you *do* want to chat with me off Tapas, you can find my channel on the Literary Lounge server (along with a lot of other amazing Tapas authors like KR, Saint, Fray, and August) here: https://discord.gg/UD7t7pN
Reply  to conversation

If you want to find more amazing books, talk to authors, and fan it up over your favorite Wattpad (and Tapas!) stories, check out the Literary Lounge discord server!

I'm an author with Literary Lounge and have a channel on the server where you can talk all things Wicked Waters and Potionmaster with me and other readers. It's called Cee's Sailors -- come check it out!

I'm super, super (super!) stoked to show all of you my brand new cover for Wicked Waters. I've been working on it for several weeks now (not continuously, to be fair), and am very pleased by how it all came together.

This is the first time I've drawn part of a book cover myself; the two portraits are my handiwork, as are some of the background elements. I like how it gives the cover a 1990s Sword-and-Sorcery vibe, and hope you enjoy it as much as I do!

Thank you so much for all of the support on the series so far. The welcome I've received on Tapas has been warm and wonderful, and I can't wait to share the rest of the story with you. 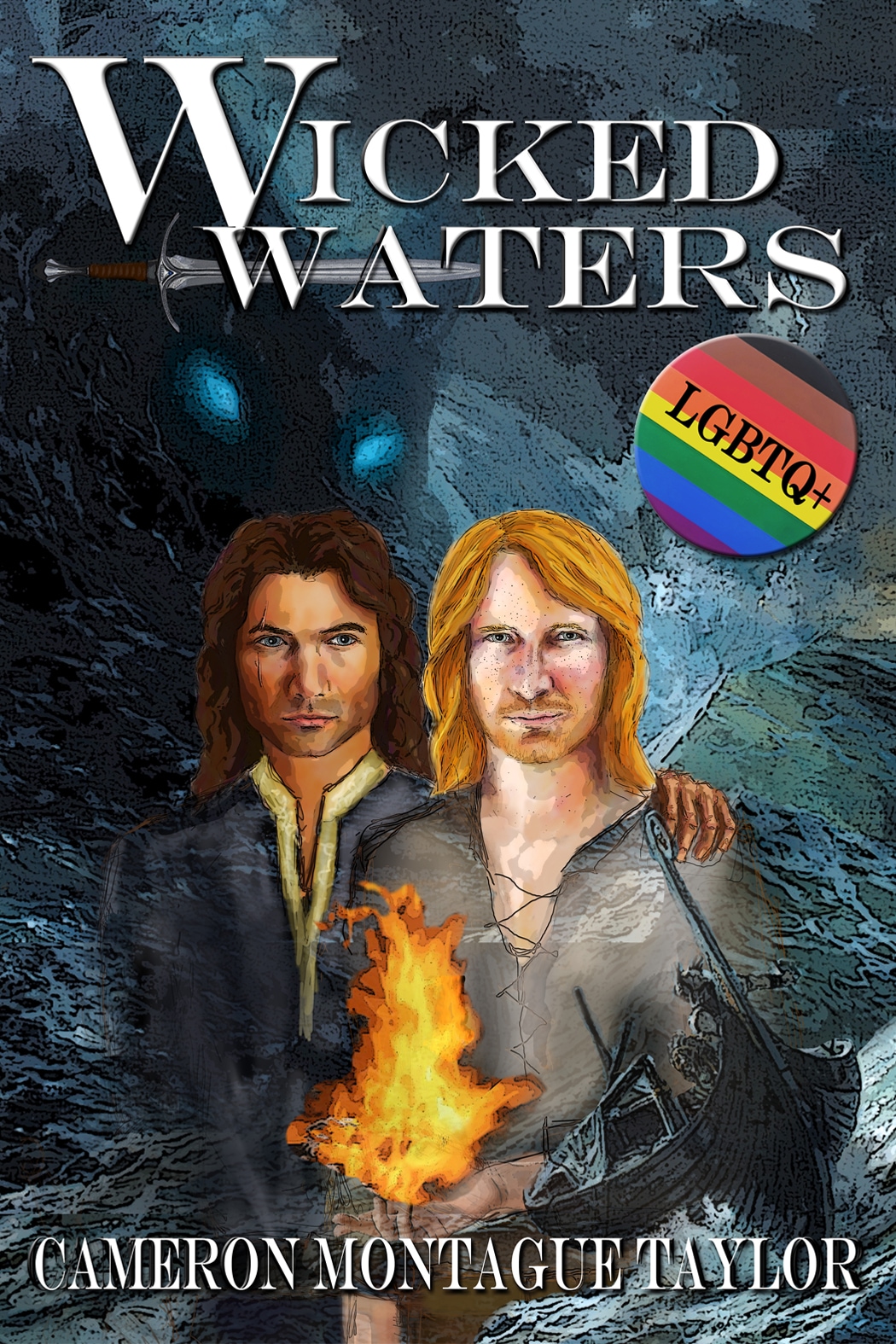 Exciting news, everyone! I've now hit 250 subscribers on Wicked Waters -- an amazing milestone. Thanks so much to everyone who has liked, commented, and subscribed. Your support means more to me than I can say.

If you've been enjoying Wicked Waters and would like to continue to support the series, consider becoming one of my official supporters! I'm now able to receive ink tips on Tapas. Every little bit you give helps me dedicate more time to writing, which means more content for you to enjoy!

If you're more interested in content-based support, why not become one of my Patrons? Patrons receive early access updates, deleted scenes, sneak peaks at worldbuilding, and behind-the-scenes posts about the craft of writing and content creation. I'd love to see you over there! You can find me at: http://patreon.com/ceemtaylor .

As always, thank you so much for reading my work. I'm looking forward to hearing from you!

100 subscribers -- and a staff pick! The past 24 hours have been both wild and wonderful. Thank you so much to all the wonderful readers who helped me hit this milestone. I appreciate all of your notes, likes, and comments on Wicked Waters more than I can say!
Reply  to conversation

#thankyoutapas for being such a warm, welcoming place to start in these tough times.

I'm but a wee creator, but I've had a wonderful first week here, and appreciate everything you do for your authors and artists. Thank you! 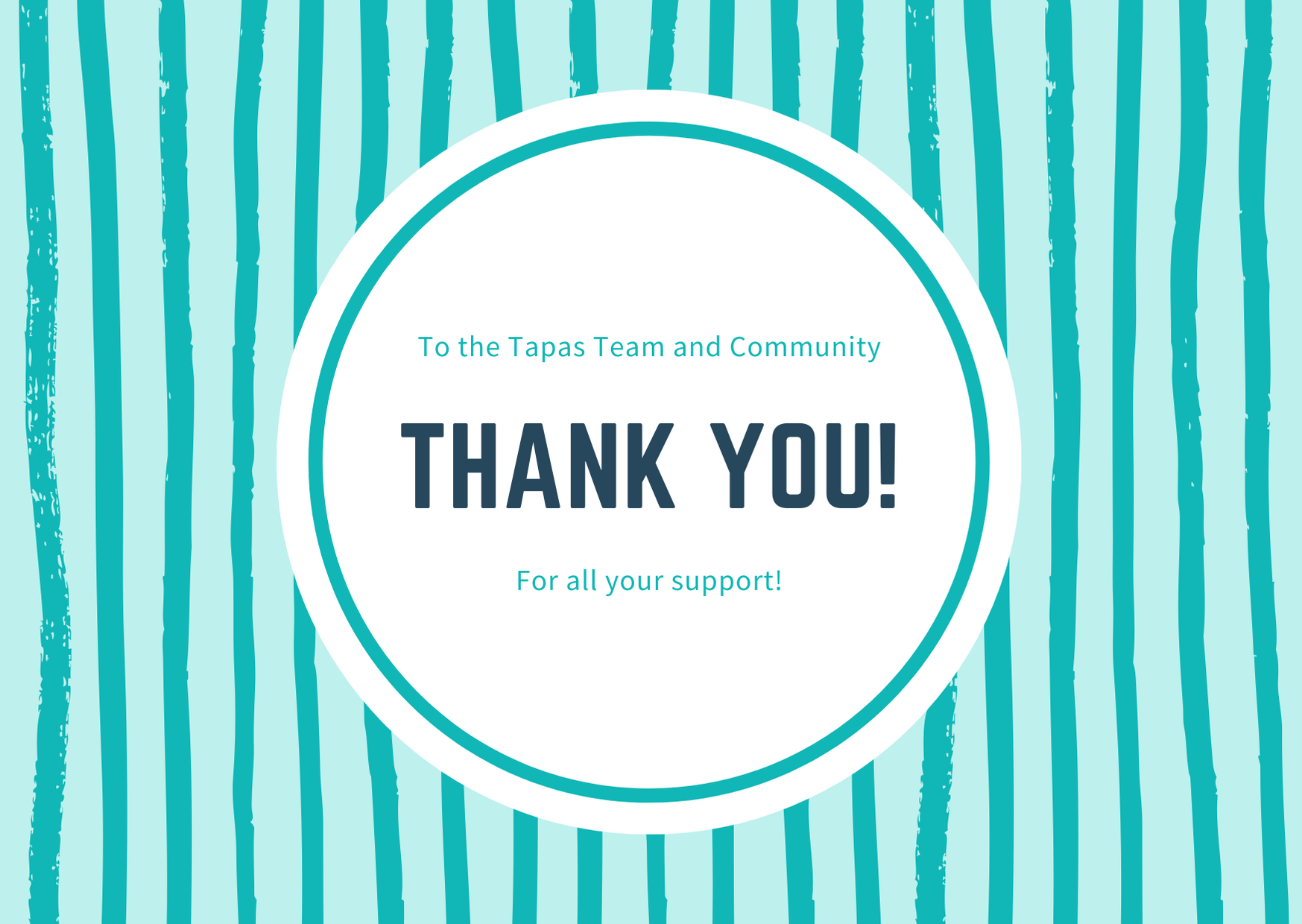