At the center of a large crowd, He was laughing and talking. Just like everyone else, I walked around and couldn't see anything strange. Until he looks back.

His eyes glanced blankly with loose eyes seemed eerie and insensitive. His mouth was already red. It was over the line. He can't come back.

He was a monster in human form.

As always I don't want to take the test, but the languor after the test was so good. But that languor was until before the results came out.

Despite the vague predictions, the results on the neatly organized report cards were still difficult to adapt.

It was the bottom. Even though it wasn't a bad grade, I was still in the bottom place. The rank was no longer elevated. I think it's over the limit. The children around them proudly entered the upper ranks.

I wanted to overcome that limitation by myself. Maybe it was a reckless challenge. My mom's been asking me to get a shot lately. All the kids who got hit get better grades - the injection makes my brain better, anyway.

"I also hope I get the shot. But isn't it a little expensive?”

"It's okay because it's a lot cheaper these days. The effects have already been proven, so you'll absolutely be shotted this month? Let me ask where it is good."

Well, the best students these days has ever been given the shot. Since it's been in fashion for a long time, most of people probably were already shotted it. And that's what happens.

The consequences of not copying people were so disastrous. It was regrettable that the risky and recoiled actions had been taken. If I had known this would happen...

"Why do you sigh? Didn't you get good grades?“

Not long ago, my friend was struggling in the lower-class either. But, she took the shot and immediately turned into the top spot.

"Well, let's put the story down. By the way, Dana, what are you going to ride today?"

"I could be late for the academy now, so I'm going to take a two-person ride."

"Okey, There's nothing wrong with me. I called you earlier, so arrive soon. The two-person car comes fast."

"Of course the cost is expensive. Oh, Here it comes."

The car Dana called arrived and we just got in the car without paying. It was the automatic recognition of people and the money was drained. The destination was also entered, so there was no need to worry.

"This is what I feel every time I ride, doesn't it seem like the world has improved?"

"That's right. I never imagined anything like this a few years ago."

"These days, technology develops in a flash, so we feel comfortable."

Before I knew it, I arrived at my destination, I said good bye to Dana and went home.

No one has come yet, but greeting in has become a habit. The feeling of being in attendance seemed to give a sense of security. I went into the room taking a cold drink out of the refrigerator. It's been a long time since I didn't go to the academy. The constant failure of grades left me with no further motivation. It's been a long time since I gave up. Of course, if I get an injection this time, it might be different.

I sat at my desk and had nothing to do. No, actually there's a lot to do but I didn't try to find it. I'm just going to look into my phone, play a game, and so on... I just spent time meaninglessly. Since it might no one's going to pay attention to the an inferior student anyway.

Originally, attendance was not often called. However, the number of absentees has been increasing lately, making thorough checks. There was one more absenteeism today. About five were absent, but I felt half-empty.

The same is true of other classes, but eight are already absent. There is a saying that everyone suffers from a high fever. There seems to be a strange epidemic going around these days.

The news said they haven't figured out the cause of the disorder yet, and that they should refrain from going out.

'Frankly speaking, they should say something that makes sense.’

Almost everyone goes out to work, and all the students have to come to school. How do you keep yourself from going out?

The epidemic was not new. So it'll pass without anything. I thought.

The morning sound of the alarm brought out the sound. Then I checked the time and tried to close my eyes again, but I got up to the sns notification on the screen.

SNS was full of stories about infectious diseases. I didn't really care a few days ago, there were videos, photos... When I clicked on the video, I saw a person eating food that had fallen on the ground. What's this? Does it make you crazy?

I don't know who it was, but person kept throwing food. At the end of the video, the patient lifted his head and reflected his face on the screen.

And I got goose bumps. It is because the hazy eyes, which have lost focus on such a sober appearance, do not match.

Usual hours of school. If only one thing were different, it would be an increasing number of empty seats. Except for that, the classroom looked unchanged.

"Due to the growing population these days, we are in danger of facing a food shortage..”

And I still didn't pay any attention to the class. Looking out of the window with resting my chin on my hand, I saw people running around like they were doing something funny.

"We solved the food problem simply with foods like GMO foods and cell-cultured meat. But there are still the population growth in many areas, and this will be a task that we have to solve in the future..."

Suddenly there was a siren.

Everyone shuddered a little at the sudden siren. But when no one moved, they read the textbook again, saying, "It must have been a mistake." This is because there were times like this.

However, I could no longer ignore the siren, which was ringing in my ears becuse of a someone's scream. Something must have happened, so a man sitting by the window looked out. Then he ran outside with a frightened face. At the sight, everyone rose from their seats and hurried out of the classroom door.

It was a mess outside the classroom. Everyone ran out but couldn't even decide where to go. Then, when one person ran away, hundreds of people crowded behind him. Someone fall in the midst of that, and then they fall back and forth like dominoes...

It was a hell created by waves of fear.

I managed to get out of the building and catch my breath. Everyone looked exhausted in a flash. It was a natural result to break through such a crowd.

Each of the homeroom teachers identified their class members. And some had a relieved look on their faces, while other yet was in a sad mood. Maybe it was because we saw the classmate who had fallen.

After a while, the situation was cleared up, and it turned out that the cause was one patient who entered the school. The patient's behavior was abnormal, and the students were in a funk, and that's why the siren sounded in the situation.

He added that several deaths occurred in the process, and some were taken to the emergency room.

I felt empty. It wasn't a fire or a sudden collapse of the school. Just a patient came in. There have been so many casualties. It was a devastating death.

Because of the commotion of the day, We took shorter classes today. But no one seemed happy. All I have done is to offer my condolences for those I can no longer see, and yet I have survived.

I walked helplessly and arrived at the bus stop. Two-person car, four-person car... Although these cars would be more convenient, they were not readily available because they were expensive. As it stops at each stop after each stop, it may be a little slow, but the bus was cheaper.

There was a beep that the bus was coming soon, and the bus arrived. It is no longer unusual not to see a driver in the driver's seat. I think someone said that humans are adaptable animals. I think it's a perfect word.

The sound of something hitting made people look out of their eyes. A man was knocked down by a car.

"What's going on here? Is that a person?”

By the time everyone was hollering, one of them had pulled out of the car and supported the man who had hit. Fortunately, there was a stop function when the obstacle appeared in front of car, so he didn't seem to get seriously hurt.

"Hey, are you okay? This car is going to run again, so let's go to the side of the road."

With a groan of pain, he fell down in a flash. The man who supported him couldn't stand him.

"Please check if you have a patient's consciousness and tell me the symptoms."

"When he got hit by a car, I found him suffering from a high fever, and I don't think he was hit the car that hard."

The man who had been hit by a car slowly raised himself up.

"He lost consciousness, but he woke up again."

He staggered up and attacked the man standing in front of him. Everyone in the bus was shocked. And in the meantime, there were people filming the scene by phone.

The patient continued to attack the person who helped him. He took a man by hand and bit him with his mouth... He didn't look human any more. He looked like a monster with just a ferocious instinct.

Meanwhile the bus began to slowly start again and people were at their wits' end.

He struggled to get on the bus. But he could no longer step on the bus because patient grabbed him again. He stretched out his hand and shouted.

He could have been saved by reaching out, but nobody held him. Everyone heard a cry for help, but no one help him. They just frowned and ignored his urgent cry. And I wasn't different from them either. It was an instinctive fear. I was just gazing at the scene I had never seen before. And one thing was clear.

The world is beginning to go strangely.

If you see anything wrong in the content or sentence after reading it, please comment. I would like to see your opinion and develop my work! 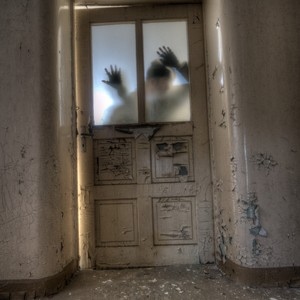 At the center of a large crowd, He was laughing and talking. Just like everyone else, I walked around and couldn't see anything strange. Until he looks back.

His eyes glanced blankly with loose eyes seemed eerie and insensitive. His mouth was already red. It was over the line. He can't come back. 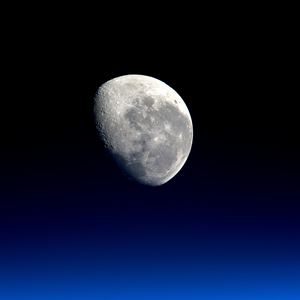