The boy sat cross-legged at the edge of the sidewalk in front of the ruined chapel, his chest throbbed with pain and his head spun in confusion. He had been alone at that corner of the road for hours, possibly even before the sun rose. His ragged clothes did nothing to shield his small body from the cold and harsh wind, his tiny feet were bruised from all the walking he did the night before.

The boy quietly hugged his knees as he waited for any sign of life, denying what the current state of the village would suggest and refusing to see the bodies laying lifeless on the cold and hard ground. What used to be a cluster of houses was now a pile of rubble, the roads were cracked and muddy, and if the boy strained his eyes he could see the remains of the arch outside the village. Everything was in a state of destruction. In this small village, he was all alone. With the dead. He was surprised that he felt even smaller.

His only companion aside from the corpses was the eerie sound of a horn, hollow and far away. It almost seemed like it was just in his head though for there were no ships in the docks hours ago or if there was any, then he completely missed it as he passed by. With that, he felt even more alone than ever.

Suddenly, the boy was overcome with a sense of emptiness as his mind cleared and finally grasped reality. He was the only living being in this village, on this island which the adults said was located in the middle of nowhere and secluded from the rest of the world. He let out a piercing, bloodcurdling scream but not one body moved.

The boy stumbled back up, started walking then broke into a run. His throat felt sore as he continued screaming at the top of his lungs. He tripped over an arm and slipped on blood but he went back up and kept running. He didn't know what else to do, where else to go. So he did what he thought he should, he went around again. Surely there would be someone still alive, was what he told himself over and over again.

The night before had been horrible, was what he acknowledged. It was his fault, was what he didn't. The boy was sure none of what had happened was of his doing. After all, everyone— the mean baker who hit him just two days ago with a broom for standing outside his store, the kind grandfather who used to divide his day's earnings with the boy, the widow who liked giving him used clothes, literally everyone— dropped dead and a little boy couldn't have done that. But there was also the blinding flash of light, the adrenaline which overtook him for a moment and the deafening explosion, before it all. The next time he opened his eyes, the bad people who chained him and his friends had all disappeared. He was left alone in the middle of a barren land which used to be a field of corn. He went back to the village and the foul smell of blood hit him as he stood at the ruined arch, as a scene he never imagined he'd witness before played before him.

The sky had a deep shade of grey yet it was early morning. The air hummed and the buzzing of flies filled the silence. The boy was just going circles for two more hours and he finally ended up in the barren land outside the village of the dead. Hopeless, the boy fell to his knees and picked up a fistful of dust. He realized something he missed before which is a matter of importance for later events: There was ash mixed with the infertile soil, the grey substance stretched out as far as the field of corns used to.

"Did the corns burn to the ground?" The boy wondered aloud. Nobody answered for nobody heard him.

A single tear ran down the boy's cheek, the first he'd shed since the night before. He didn't want to be alone, he didn't want to die. But there was nobody to save him and an eight year old boy didn't really have a chance in an island filled of rot and decay. Soon, he would contract a disease and he would die. A sense of listlessness took over him, as he thought of the people who had died, his friends who had been with him until the last hours, who all disappeared along with the field of corn, and the people he both hated and liked. The village was everything he knew and now, everything was gone.

Dying in the village didn't seem bad. The boy didn't know how to live anywhere else anyway.

The boy went back to the village, listlessly looking at every corpses that he passed by, peeking on the rotting faces to see if he could recognize any. His courage to casually walk around in this village full of dead people surprised him. Twice, he found two people he couldn't leave behind. The old man who sort of took care of him in the streets laid right where he used to sit, the scraps of fabric where he laid his handmade pouches were left ragged on the ground a few feet away from him. The other person he refused to leave alone was his friend's brother, a four-year old orphan boy who liked the boy's tricks. With great difficulty, the boy picked up the corpse of the little boy and carried it next to the old man's. Soon, this is where he wanted to lay too. The boy went around some more.

For a day, he searched around the remains of the orphanage. He found a few people he held dear, the ones he draped a dirty cloth over. He also came across the people he hated, this time he stomped on their faces once or twice. It didn't matter if his feet were soaked in blood or if the eyes were staring at him. The hunger and loneliness had made him mad and wild.

"If I could call back everyone from the underworld, I would leave you." He told the mean baker, after stabbing him in the eye with a stick.

The boy found little comfort in kicking the dead bodies, hoping he would come across one which was alive still. He often imagined finding a survivor, then tending to him and living because he finally had someone. But each body he kicked, his hopes were crushed repeatedly.

Suddenly, the boy heard a shrill sound coming from everywhere. He was just returning to the chapel. The sound pierced his ears as it became louder. But as soon as he fell to the ground, the sound slowly fainted as if withdrewing to somewhere far. The boy fell sideways. It started to rain. 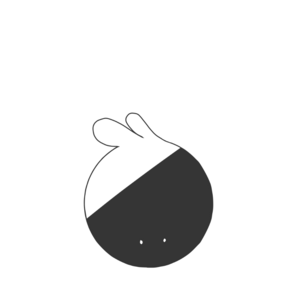 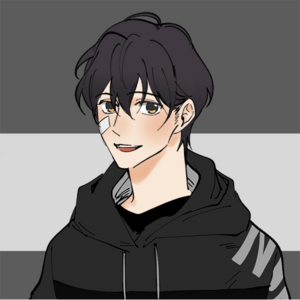 What do you do if it takes just one anomaly to define who you are?

Haruse never had a place he could call home. He wasn't so sure his name belonged to him either. Despite of these coupled misfortunes, he sure was contented of what little he had. His little hideout, a part-time peddling job and two meals a day, Haruse lived.

But a series of unfortunate events led him to the Shinto Special Private Operations Agency, a place where he would find an identity. Now, his future relied on his decisions and judgment.

There's one problem though, Haruse was never good at making decisions.
Subscribe 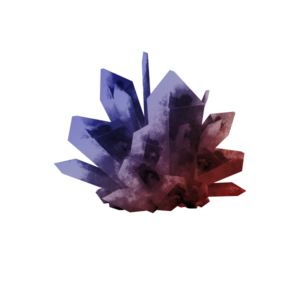