The Letters Between Sex and Violence

She grunted as she slammed down into the seat, the back of her head hitting against the window. She closed her eyes, trying to ignore the throbbing in her left arm, the limb wrapped tightly in a cast and held up by a sling. She was ready to just let whatever sleep she can get take her before the sound of shuffling steps made her swollen red eyes. She grunted, sitting up a bit straighter to give room to the next passenger on the bus, shifting her right shoulder away as they sat down.

She looked around, noting other empty seats beside her, releasing a slight snort before glaring at her unwelcome neighbor. She parted her lips before noticing the cobalt earbuds peeking out of her neighbors' hoodie. The noise coming from them undoubtedly loud enough to drown out anything but the most garish of sound, and she was unwilling to risk splitting her lip again. She clenched her teeth, grinding them before banging her head against the glass, looking away, "Fuck it. Whatever."

She turned her head to the side, watching the blur of lights zoom pass. She counted droplets of rain streaming down the glass, hoping to use the continuous pitter-patter of the storm outside to soothe her to slumber.

At least that was her hope, but once again, her neighbor had to ruin that with his chuckle. It started at first with soft snickers, before becoming an airy laugh, his voice a sharp, bright contrast to the rain.

She growled, turning her head sharply to glare at him, her bandaged hand up and yanking out that damned earbud out. Her short temper got the best of her as she snarled out, "what the fuck is so funny?!"

Her neighbor turned to her, his ocean blue eyes widening before softening, "Uhmm...was I too loud? I'm sorry, but it was in a hilarious part..."

Her fiery glare was already doused with shock as she looked at him. He had pale porcelain skin, decorated by his sapphire eyes semi-covered by wavy, curled chocolate brown bangs.

She blinked as she took in his features and suddenly felt...self-conscious?

Seriously? Did SHE feel shy? No. Fuck that.

She looked away from him, his tenor voice fading away somewhere as she clenched and unclenched her fist. She pressed her tongue against the roof of her mouth to release a click, and then another. No way. She wasn't shy, not because of him. He's just some fuckboi who needed to shut up and be quiet. A thin twink who just happened to be a little...

She jolted, lifting her fist upon impulse, looking up at him with a growl before noticing his long, bandaged fingers holding up one of his cobalt earbuds. She looked down at the bud before looking up at him, her hand lowering in confusion, "Uhmm..."

He tilted his head, a small smile growing on his soft peach lips, "Wanna listen?"

She snorted softly before taking hold of the bud and moved a few wild curls away before putting it in her ear. She gulped slightly as he shifted a bit closer, her eyes darting side to side before she leaned her head closer towards his.

She had been in many cage fights, fought against plenty of losers twice her size. Yet nothing made her heart pound so hard. Fuck.

She shook her head, ignoring the drumming sound of her..annoyingly sappy heart to listen to the audio from her gorgeous neighbors' phone. It was an audiobook with old fussy accents, a simpering female lead arguing with some stuck-up male hero- oh no. A history love story? She looked up at him, her eyes narrowed in slight annoyance as he grinned at her, holding up a finger against his lips, beckoning her to give it a chance.

She gave small scowl in return, hoping it would offset the burning heat from her cheeks, before listening more. The stuffy voices continued, and the urge to rip off her ear started to overwhelm her.

"Wait...is that a chainsaw?!" Her eyes grew as wide as saucers, the distinctive revving sound and maniacal high-pitched cackle accompanying it, completely destroyed the previous dry tone.

Her porcelain companion nodded a cheeky grin across his lips, his cerulean eyes glittering with glee at her surprise. The period romance had turned into a pleasantly bloody massacre, the chain-wielding assailant butchering the whiny old-fashioned false heroine with her overtly pompous betrothed.

The ridiculousness of the scene and bombastic contrast overtook her, her shoulders shaking she snorted again, releasing her own deep guffaw. She couldn't help but kick her feet, her arms shifting to clutch her stomach before the sharp pain her arm added tears to her laughter, "Fuck, ow, oh my god hilarious!"

She was still trembling with giggles as her neighbor reached over to touch her cast. His bandaged fingers gently touching, the sparkle in his eyes fading to show concern. The worry in this strangers' eyes made her stifle her chuckles, blinking before lifting her shoulders, her eyes downcast as his interest made her uncomfortable.

If she had lighter skin, her burning ears would be as red as her hair. She scowled again, "Yeah. It's cool". She looked to the side, away from her downright gorgeous neighbor, trying to ignore his presence while listening to the macabre satire recited in her ears.

He didn't press, though she still felt his gentle touch even through her cast. It was impossible, but she felt like her broken arm was set on fire, the nerves tingling with embers. She gulped, closing her eyes as, finally, he moved his hand away, though his touch still lingered. She tentatively placed her own hand over the cast, not sure whether she wanted to erase that touch, or perhaps press it beyond the plaster and into her bruised skin.

The two sat close to each other in a silence that was, oddly, comfortable to her. She focused more on the surprisingly violent tale, though once in a while, she couldn't help but chuckle slightly when hearing her ear-budded partners' airy laugh. She closed her eyes, her shoulders relaxing as she released a content yawn, tension seemingly leaving her along with the ache of her shoulder. Though she had grown invested in the story, sleep, a desperately missed friend, was welcoming her at last.

That soft voice, accompanied with a gentle nudge, caused her eyes to slowly open, blinking once, twice...before she jolted upright. Her shoulders hunched up, a burning flush across her cheeks as she realized she had used her neighbors' shoulder as a pillow. She looked at him, unblinking, her lips pressed tightly together before she finally squeaked out, "Uh, okay."

Oh, just put her out of her misery already.

Her porcelain neighbor grinned, tilting his head as he gifted her with a soft grin, accompanied by a dusting of pink across his cheeks, "Cute." He leaned closer, causing her to lean back before, with the most delicate touch of his long, bandaged fingers, he plucked the earbud from underneath her messy curls.

She kept her lips tightly pressed together, unsure how to react or what to say. Her brow furrowed slightly with frustration at her awkwardness, "...thanks."

He chuckled, standing up and shifting towards the exit, adjusting the messenger bag around his shoulder, "No problem. Give me a call sometime."

She jerked her head up, once more rapidly blinking, "Uh...wait! What?!" She stood up from her seat, stepping forward and reaching her right hand out. Yet it was too late; the exit closed, and he was engulfed by the masses on the crowded streets.

She chewed on her bottom lip, tasting the bitter copper seeping onto her tongue as she slammed back down onto her seat, glaring at the exit. Her eyes shifted down to her cast. Her glare turned into surprise, seeing a 10 digit number in thick blue ink, sharply contrasting with the alabaster of her cast. She looked at the exit once more, and her lips curled into a slight smile.

An adorable highschool au with teenage!Ira and teenage!Tristan doing a meet cute! This actually did spawn another story that may lead to a new dark romance story...perhaps in the future.

I WILL GET TO INKSGIVING STUFF SOON! I PROMISE!!!
***
Thank you for being so awesome and reading my series! If you enjoy my stories, please give da monkey some BEER: ko-fi.com/amcodamonkey. I am planning on show WIP and even some GuroBae art uncensored for my Ko-Fi supporters as well!

Lolol she squeaked! Poor Ira feeling so embarrassed. This was cute! XD 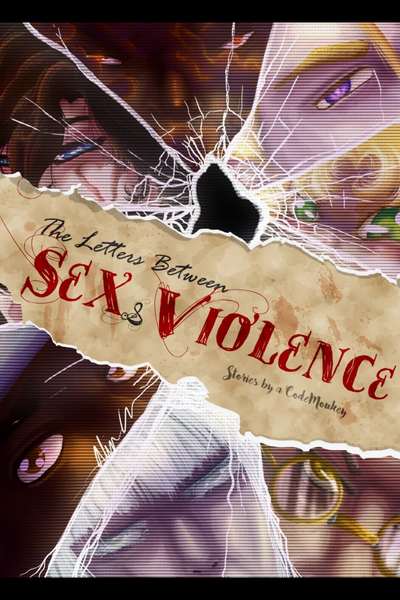 The Letters Between Sex and Violence

It has always been believed that there is a link between sex and violence. That neurons that trigger desire and aggression are closer than one would comfortably admit.

Is it any wonder then that the Sins that go best together is Wrath and Lust?

Within this anthology lies stories that depict our Sins in different times, different places, perhaps in other dimensions. However, all these stories are linked.

All these stories are letters between Sex and Violence...
Subscribe 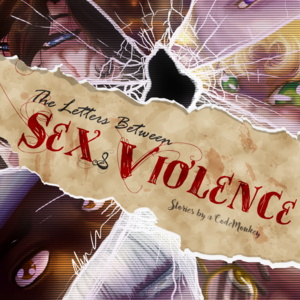