“Why didn’t you kill me when you had the chance?!” Zephren screamed it, his temper uncontrollable. He cradled his broken arm, breathing hard as he waited for any real answer his father could give him.

Zephren’s father spoke, his voice deep and husky, “As if I could kill one of the greatest weapons in Sanctus.”

‘A weapon?’ Zephren kept his thoughts silent as he watched his father bend to pick up the letter opener from the floor. In the hands of his father, suddenly it was no longer just a threat.

His father continued, “I made sure no one else would have your power but me.” The man looked the blade over with an air of arrogance, tossing it lightly before snatching it up again. He smiled at Zephren, almost sweetly. “But, as it turns out, there’s nothing in you but weakness.”

Before he had the chance to strike, Zephren propelled himself forward, ramming into his father’s knees and causing him to fall backwards onto the ground. He dropped the knife, and Zeph didn’t hesitate to grab it.

Without a moment of hesitation, Zephren stabbed it through the man’s shoulder, pushing down with all his strength in a hope it would dislocate his father’s arm. The man screamed out in anger and pain, reaching to yank it out of his shoulder.

Zeph ran, not looking back. He ran down the hall, holding his useless arm tightly to his body. Panic filled him as Zeph realized he had no idea where the front door was, only that it was a floor below him.

He needed to find the staircase.

Rushing down the corridor—just as he was beginning to wonder if his father was close behind—there was a sonic boom.

Before he had any idea what was going on, the blast knocked him into the wall, the hall windows shattering inward as shards of glass rained down over him. The blast deafened Zephren to the point where all he could hear was a faint ringing. Heat scorched his skin, thick smoke making it nearly impossible to breathe, clogging his nose with the scent of ash, his mouth the bitter taste of it.

Pushing himself up with his one good arm, Zephren looked towards the window to see what had happened. The entire wall was missing, large chunks of the house scattered outside, blazing with red flames. The disorienting ringing was the only prominent thing as he dragged his body across the floor raked with glass. He looked down over the ragged stone and splintered wood that had once been the outer wall of the house. He looked at the ground, disoriented as he tried to calculate the drop.

Zephren exhaled, rolling off the edge of the house and falling a story down into the dirt and debris.

He couldn’t breathe as he landed on his back, feeling something slice into his side. The sound slowly returned to his ears, only now it was deafened by loud pops and cracking of fire.

A heavy throb filled his broken arm, but it was nothing compared to the tight agony of his side. He reached down to feel a large metal pole jutting out of his side; his stomach dropped. Taking deep breaths, Zephren raised his knees, leveling his bare feet with the ground. With his good arm, he tightly grabbed the pole that was attached to a large slab of wall below him, pinning him down like an insect.

‘If I move, I’ll bleed out…’ Zeph thought, trying to keep his thoughts logical as he weighed his odds. ‘If I stay here, I’ll burn to death.’

The answer was clear.

He counted down from three in his head, not giving himself time to think anymore. He pushed up with his feet, pulling his body halfway up the pole. Zephren screamed, looking at the rust flaking onto his skin, whimpering under his breath.

He angled his body and pushed once more to a standing position, the pole tearing through his flesh as he found his release. He clutched his side tightly, feeling the blood pool between his fingers. Looking around frantically, Zeph tried to find something to cauterize the wound.

He surprised even himself that he could walk, though he was limping. Trying to avoid the large pieces of house debris that were charring, melting from the heat, he felt the fatigue drain him. He was suddenly tired, though it didn’t seem like he had gotten very far from the house.

Adrenaline filled Zephren’s veins; he had maybe minutes before he bled out.

In the fire, he saw a small white chunk of metal. There wasn’t a thought in his mind to stop him from reaching into the flames, grabbing it, and pressing it to his wounds. For a moment it felt cold in his hand and on his skin. It was only a few painless seconds before the burning started. He dropped whatever he’d been holding, shaking and sinking to his knees as he felt his skin blister.

Pain washed over him in waves.

The outside wound had stopped bleeding, but what about inside?

‘You’re not going to make it…’

All of this—this miraculous chance at freedom—finally escaping that room, escaping his father, surviving a bomb…only to bleed out in the burning city that he never even knew the name of. Everything suddenly seemed distant to Zephren; his blood, his skin, his pain. Suddenly nothing belonged to him.

There were no tears left to cry as he looked around what could only be hell. This was the first time in his life that Zephren had ever been outside. Where was he going to go? Would he live long enough to make it there? Were there others alive? Was his father alive? His sister?

Zephren was dizzy as he imagined arms close around him tightly from behind. There was a muffled shout of words he couldn’t quite make out. He wondered for a moment if his father had finally caught up to him. Maybe his death would be quick…

As Zephren’s vision blurred, his consciousness fading fast, he watched as his body burst into luminescent white flames, delicate swirls of sweet smoke unfurling around him.

Without time to question it, the world tipped sideways into an eerie silence, going black with the sound of his last breath.

My toes curl as I imagine Zeph pulling himself off that spike.😕😕👻 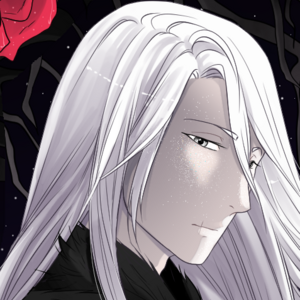