Rose shook his head, shoulders sinking. His voice was dark, eyes bright and fierce. “Do you know about the tech ban?”

It was one of the few things that Zephren could say he did know. “Yes,” he gestured towards the vehicle beside them, “Star was telling me about the dreloclaf bikes… What does that mean, exactly? Dreloclaf?”

The sleek shape of them did slightly resemble a dragon; Zephren couldn’t help but wonder what they looked like travelling at high speeds. “I didn’t realize that sirens had their own language,” he said, wondering what else he didn’t know about his own heritage.

“We did…” Rosakai’s voice was stoic and solemn, “it’s mostly dead now; ancient.”

Zephren felt the awkward pan at the statement, quickly trying to change the subject, “You were going to tell me about the ban on technology.”

Rose looked grim, his attention returning as he said, “When the government confiscated all technology, they hoarded the best for themselves. Schematics for every advancement created, weapons, machinery… It’s not impossible to obtain and over the years we’ve gotten our hands on a few relics, but it’s all kept hidden in Rix.”

Nodding, Zephren asked quietly, “So… that’s why this ‘Novan’ person will be able to help me? He has this hidden technology?”

“Yes. Everything you could ever need to heal any wound is there… It’s getting there that’s the danger. We’ve already got a target on our backs, so we have to move swiftly, and cautiously.” He took out a small remote, clicking it. The glass dome of the dreloclaf bike lifted with a faint whir. He eyed Zephren sideways. “That’s why you’ll be staying with me. I will protect you and keep you safe.”

Zephren felt his heartbeat quicken, looking at the seats below the raised glass dome. “I’m…not sure I know how…”

Rose outstretched his hand, much like he had the night before when asking Zephren to join him. “I’ll help,” Rose said, softly.

Taking his gloved hand, Zephren stepped up onto the small metal ledge at the base of the bike. He could feel Rosakai’s gloved hands on him; half lifting Zephren gently onto the seat as the bike shifted and absorbed the impact. Zeph settled with his legs on either side of the leather seat, his wounds feeling tight.

Rosakai reached behind Zeph, slinging a series of leather straps around his back, arms, and hips, carefully avoiding his injuries. “I’m guessing this thing goes fast if you’re securing me in.”

The siren glanced up at Zephren, his brow peeking. “You can be the judge.”

Rose straightened, signalling Blade who was also getting into his bike, Star sitting behind him. “We’re headed through the treeline,” Rose called, “Stay close so Star can check Zephren’s wounds every few hours.”

Blade gave him a mock salute.

Rosakai’s voice raised as he said, “Ryker, you ready?”

Ryker gave a curt nod, slipping a sleek black helmet with a mirrored visor over his head. The dome lowered over him as he leaned forward over the control panel.

Zephren was expecting a roar of the engine, like the airships from the night of the fire. As Ryker took off, he was a blur of twisted black metal before he silently disappeared into the forest, the trees bending with the sheer force of wind created by the machine.

Rose swung his leg over the front seat, pressing a button that made the control panel light up in an array of colours. He reached behind him to grab the leather straps, securing Zephren tightly to his back. As the glass dome lowered over them, Zephren found himself leaning into Rose, unsure what to hold onto.

Gently, Rosakai took Zephren’s uninjured hand, leading it to his chest. “You’ll need to hold onto me,” he whispered.

The leather of his jacket was cool, as Zeph clenched the fabric in his fist. “What about helmets? Ryker was wearing a helmet.”

He could feel the vibration in Rose’s chest as he said, “Ryker drives a lot faster and more dangerously than I do. The dome will protect us in the unlikely event we crash…” He squeezed Zephren’s hand before gripping the handlebars in front of him. “I’ll invest in a helmet for next time. Now, try to sleep if you can. It’s a long drive. Let me know if we need to stop, alright?”

Zephren nodded, resting his head into Rosakai’s back as the motorcycle shook silently with the rev of the engine. He felt his stomach lurch as they rushed forward into the dark forest, gripping Rosakai tighter.

The world flew past.

Looking upward through the glass and into the deep canopy of trees, not a single piece of sky was visible. The loudest thing was the small branches that scraped the sides of the motorcycle. Zephren watched as shapeless forms moved in and out of the shadows, unsure what they were or if it could simply be his mind playing tricks on him.

Zephren wanted to close his eyes and fall asleep, remembering how tired he had been not moments ago. But, as they sped through the trees, tilting left and right and unprecedented speeds, Zephren couldn’t help but have his eyes wide open.

I legitimately forgot it was Wednesday. 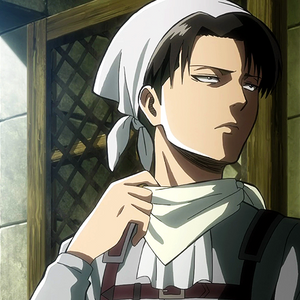 physical contact is still a very sensitive thing for Zeph, but I'm happy that Rose is making sure he treats him gently and carefully. <3 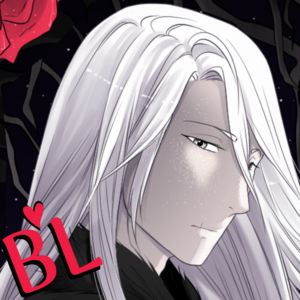