Outside of that big white house was so still... In the cold air that proliferated throughout the room, Nadia was lying crouched alone in the bedroom...in thousand turmoils! She was shedding tears in silence and snuffled hardly as trying to reassure herself that it's the best choice to make, though her heart was really shattered.

"I want a baby...I want a baby!" Repeatedly she mumbled the words amongst her tears. She's hammering away to dismiss her faltering determination...

She had cried there for all day long, with a so big dilemma that truly overburdened her mind. The white pillow had been already dampened by her cries that pouring down like a river...

It was like never ending tears that overflowing profusely after she strived to hold it, even since last night...

The night before, when she prepared the suit for Mark; her husband, she really struggled to hide her tears from his sight. Her husband only stood frozen on his feet, watched her sorting out some suits and trousers from the cupboard to pick the best one for her man's special moment.

When she put each suit jacket onto his body as asking if it felt oke for him or not, her handsome man only staring at her with somber eyes and did not speak at all. Nadia could notice, Mark's eyes glistened with trembled lips and clenched jaws. She herself tried hard to give a smile while in her deep heart was really aching.

Nadia quivered in her broken heart, her eyes were really red and swollen, she didn't even have any desire to wipe her tears.

She actually never thought that it can be so painful like this...! This is her intention that had been planned a long before and she really craved for the special things that will come. But when this moment eventually cames, it turns to be really hard to handle!

Soon afterward, there was another sound from behind the door, "I don't want to do this...You know I'll never do this...!" The man spoke in desperate tone.

Nadia bit her lips as she couldn't hold the tears back her eyes... It was her husband's voice. She felt the cold air swept on her skin and felt the blood rushing through her veins, each time Mark whimpered in such pathetic voice. It's so hurt breaking...Mark, her husband was whining to stop the game...

The doorknob moved up and down as he knocked the door in low tapping. Several times the knocking rhythm raised and a bit rough, sometimes faltered to only one or two knocks and then stopped, as if it represented Mark's reluctance to continue their plan...

She didn't remember, how many times her husband knocked on the door and begged to come in. Even this had happened for some hours since he was back home...from the register office...

Mark sounded again, "Please don't do this to me... You know I won't ever want to do this, even I've never been thinking doing this in my life!" Mark gasped out a vent repeatedly. His voice was stuck in throat and hoarse... He's begging...and crying.

Nadia quietly inhale a hard breath though her weeping tears, she felt really guilty and complained to herself, how can she's positioning her loving man in such anxious situations!

She pictured that behind the door, there was a poor man, a very nice husband that had brought himself defenselessly and willingly to do an odd thing for his mentally and physically a sick wife! She knows for sure that it's against his conscience!

The doorknob shook a bit abruptly now as her husband knocked the door in desperation.

"Please rethink and open your heart, my girl! It's truly the worst of the worst! We...I shouldn't do this..." Again, Mark let out a grievance.

Her heart was really shattered to hear this nice guy kept begging with grief to halt their plan which was initiated by her desperate decision!

"I feel better to life with just you and me in this world and really wishing this is gone! I really hope this's only a dream. We must have better choice than this, hon...! Mark quavered.

He pounded his fist against the door in a restrained force, as if really wanting to break open it but worried about another people in the house could hear it... “Can you even try to open this door without..." Cried her husband in a detained word.

Nadia rose from the bed. She knew Mark began to feel impatient. Her limbs were so tired, she felt dizzy and her spirit was empty. Slowly she slid off the bed and fumbled to the door.

In front of the door, she could only stand in limp feet. Slowly she brought her right hand to reach the doorknob...but she drew it back... Her tears fell down the cheeks. She really wanted to open it and hug her husband and tell that he shouldn't have to do the demand... But she tried to restrain it, she shook her head to focus on her dream!

The door sounded, the poor man was like pounding his head himself onto the door powerlessly.

"Oh God, I can't believe it! I trapped in this situation! "

Mark cursed to himself in pique, he grumbled in distressed grief...!!

Nadia's heart shuddered, she really felt guilty... She felt so bad! In her mind, she's truly wanting to do all she could to comfort him.

But she could only cry in silent snuffles, which made she got so pain in her throat. She knew her husband could recognize that she was already there, an inch from the door...

And it's true, the man heard her crying... He stopped bleating. Through his heavy breath, Nadia knew, over the door, Mark came to the opposite of her face.

Nadia stared at the door in front of her as if Mark's face was there... They're stand face to face closely with the door in between.

"Why, are you still silent...?" Mark spoke weakly," Tell you don't want me to do this...my love..." Mark then spoke in barely audible voice, really in despair.

Nadia still didn't budge, no answered though she really wanted to reach her man...

"If you ask another husband to do this, they may be willingly, even grabs this oppurtunity with joy... But I'm not them..."

"I don't want her, honey, I really don't have the heart doing this to you.... That’s not the way to do it."He said piteously in so hopeless voice...

Nadia blinked... How big his love for her, this man has given a try to grant her crazy wish because he loves her so much, and that he's evidently reluctant to do it, it's only nothing other than he really doesn't want to hurt her. It must be like life and death for this good guy!

Nadia's body trembled. She felt like dig up a grave for her husband which had been hunged before by herself on the gallows... "I'm sorry... I'm so sorry...“ No sound... Only her lips made the words. She felt really guilty!

Nadia wept as smothered her mouth. She's trembling and snivelling, She tried to not crying soundly, her legs was infirm, and she could only turn aside and leaned her body onto the door...

She didn't want her husband seeing her really broken! She must determine Mark to go with the plan and assumed that she's fine and taff for the sake of her wishing...to have a baby for him.

Nadia crying there in deep anguish... She didn't notice, over the door, Mark wasn't sounding again...

When her silent crying finally faded... She grasped the door's frame as trying to strengthen her limp feet and then leaned her head onto the door, trying to catch if Mark was still there or not... The night atmosphere became so frozen and quiet...

But then she heard Mark sounded a deep breath... “All right... If it makes you feel better... I will do as you told..." Mark quavered coldly...

Hearing that, Nadia got stunned! There was like a thunder and lightening in the sky and hit her heart and shattered into pieces...!!

Then quiet for second... Some steps moved away from the door.

Still..... Only cricket's chirping outside...

An instant, Nadia, the poor barren wife abruptly slumped down, her aching heart broke out and exploded into such painful tearing cries! The broken heart was like beating her breast that made every inch of her body crushed to think that her man was really making her way to the young woman's bedroom...another woman in this big house!

Nadia's body was already drooping onto the floor, crouched and shrouded in misery... Truly inconceivable that she will ever let her loving man to sleep with another woman... A young woman whose she prepared to pregnant with her husband!

For a long minutes, Nadia was numb in her spot... She felt so dead! She's losing her man...

But upon a flash of thought, she wiped her eyes, let out a faint breath and stopped crying, "All will be done..." And there was a glimmer of hope on her pale face to think that her loving husband will turn to be a father soon... 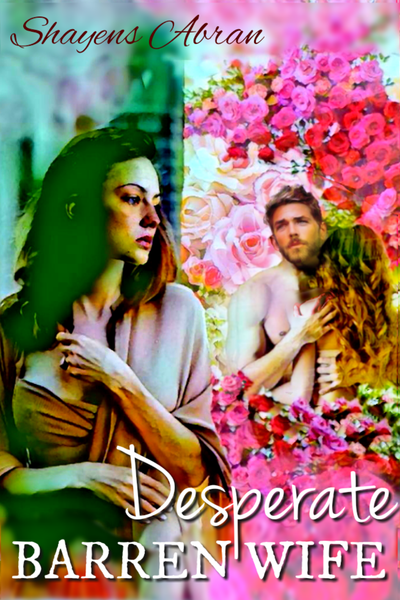 Nadia, the distressed barren wife finally get an idea about how to get a baby for her husband, Mark, which she knows for sure it's against his conscience and will really hurt her so much.
Subscribe 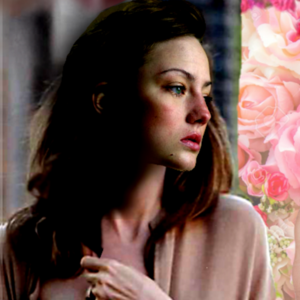