“We’re always on the lookout for new talents, and while you have a… reputation for collateral damage… you possess an extremely useful superpower, and as far as we know you haven’t dabbled into reprehensible enterprises, nor closely associated with wanted criminals.” Poor girl, if only she knew. “Since you stopped Ghoul because he could go on a killing spree, I think you have your heart in the right place.”

“So what, you want me to audition for a movie or something? Because I've only ever tried theater once, and it wasn’t funny.”

Wyvern laughed. “I wish we did fewer commercials and more arrests,” she admitted, Ryan sensing a little bitterness in her tone. “But we do our best to protect citizens. I suggest you visit our HQ, see if you match with our organization. After that stunt with Ghoul, you’ll need people to have your back.”

“I can take care of myself, thanks,” Ryan replied, a bit insulted she thought he needed coddling.

“Look, Quicksave, the Meta aren’t reasonable like the Augusti,” she insisted. “They are a roving band of Psychos, and you’ve beat up one of their own. Their boss, Adam, eats people.”

“Then he must have a lot on his plate!”

Wyvern didn’t like the joke, her smile straining and her wings slowing down a bit.

“Alright, alright,” Ryan said. “I’ll think about it if I ever get sidetracked on my main quest.”

The superheroine frowned, looking sideways. Ryan suddenly noticed an earplug in her left ear, although he couldn’t hear anything.

“Understood,” Wyvern said, although not to Ryan, before handing the courier a business card. “If you change your mind, visit us at this address.”

And on these words, Wyvern flew away. Her wings moved so fast it became impossible for the human eye to notice them, yet they made no sound either except for the wind they caused. She was gone within the blink of an eye, moving north and accelerating until she reached near supersonic speed.

The sound frequency of her wings must have been inaudible to humans, on run on abnormal physics; everything was possible with Genomes. The courier memorized that for later.

Finally alone, Ryan closed the window and returned to his task. But no sooner did he sit back in his chair, that he received a vocal communication demand on his computer. The Genome immediately recognized the caller as the same person who ordered the Renesco delivery.

He lazily opened the vocal channel with his left toe. “Quicksave Deliveries, what can I do for you?”

“What did the bitch tell you?” an encrypted voice on the other end answered.

Ryan raised an eyebrow behind his mask. “Wait, am I being spied on?”

“Few places are off the grid in New Rome.”

Note to self: find a more discreet hotel next loop. “I’m pretty sure the last person who used that line didn’t encrypt their voice. Who are you, creepy mystery voice?”

“My name is Vulcan,” the caller answered. “I represent the Augusti. We are the organization that runs things in New Rome, and most of Italy.”

“I thought it was Dynamis?” Ryan deadpanned.

“That’s what they say,” the voice laughed. “But Italy only has one emperor, and his name is Augustus.”

Hard to disagree, the guy was invincible and could shoot homing lightning. He had more victims to his name than the cigarette.

“You have our thanks for saving our employee from that Meta trash,” Vulcan said. “All this to say, whatever the winged lizard promised you, we can offer more.”

“Is it an offer you can’t refuse, or an offer-offer? ‘Cause I’m allergic to horses.”

“We need tough people who get things done,” Vulcan replied. “You want women or boys? New hardware, good weapons? Enough Bliss to fly you to the moon? All that shit can be yours… if you prove you’re a team player.”

An email notification popped up, indicating an address. Ryan quickly checked, identifying the location as a casino called the Bakuto. “We own the establishment,” Vulcain explained. “Come tonight, alone, and don’t make us wait. We never ask twice.”

Ryan ended the call, pondering about the offers. Phew, you beat up one guy—showing extreme restraint and delicateness by your usual standards—and suddenly everyone wanted a piece of you.

Then again, either group could help him find Len, and he had saved before coming to town.

That could only mean one thing. 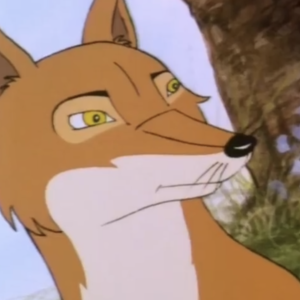 What the hell how am I the first comment? This novel is great? 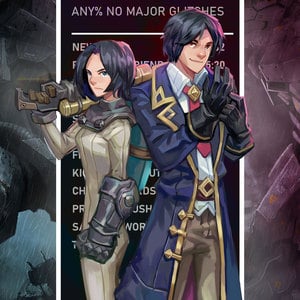