My hands were numb, I could barely pick up my pair of chopsticks with my father sitting right across from me, my... "fiance" by my side, my brother--Al and mother on the shorter side of the long, rectangle table, opposite to each other.

Father had his usual eyebrows-scrunched, angry face on, "Where's Killian?" He asked gruffly, as stoic and head-tall as ever. My mother had the same outer appearance. Eyes-straightforward, hands placed in her lap, waiting for Father to pick up his set of chopsticks before her.

The man sitting beside me--I still haven't had the courage to peek at-- said "I deeply apologize, my parents aren't the responsible type. They just went on a two-person vacation to Alaska. My mom adores my dad you see, and humors his ideology of a perfect relationship by going on a vacation every three months or so even though she doesn't really enjoy vacations."

I heard father clear his voice, and I sighed, he's displeased. Who wouldn't be? I'm getting married in three weeks and we haven't seen his parents since they settled my father for the price of twenty-two thousand and five hundred. My mother stared at me blankly. The room fell silent, and for a moment not even the wind could ring the chimes placed right outside the windows, behind me.

"Well. That's that," Father coughed and stood up abruptly. When I looked up to him, his eyes caught my fiance's, not mine. His eyes searched through Alistaire's face, not mine.

Father straightened out his jacket before he walked out.

"We will be going now," Mother stood up and bowed politely before following in Father's footsteps.

"Alright, you guys go on ahead, I wanted to give Jule-Kyon something," Alistaire had a smooth and gentle voice; he touched my arm with such care I wanted to rip the skin off my shoulders.

"Here," he pushed a wrapped gift into my lap and I didn't take it. Alex's hand reached over, across the table when it became apparent I wouldn't take it.

"I'll come and visit," I still had my eyes glued to the fancy tuna I ordered; I knew Alistaire was smiling sadly.

At last, the doors to our private A-class seating closed shut.

"My apologies, my parents have made a fool of your family,"

I shrugged, "knocking their pride down a notch or two isn't such a crime," and for the first time, I raised my head just high enough to notice his dark, golden-amber eyes staring back at mine. I immediately flicked my eyes to the side, staring at the stripped wallpaper behind him with fake interest, my eyes scrutinized every inch of the wall behind him.

He smiled a little, "I love my family,"

"Do you have any siblings?" I flicked my eyes back to his for a moment.

"Nope, I'm a single child," his voice had a tinge of melancholy I couldn't quite grasp, drawing my eyes back to his, "you?" He asked.

"I have an elder brother--Athel, two older sisters Angelica and Charlotte, Julius who is only a year older than Alistaire and I--Al's my twin brother, and I have Rosaline as a little sister along with Rex, and Alan."

He chuckled, "that's--eight siblings?? How do your parents do it?"

Second genders are genders the government assigns to us based on our temperament, personality, and real gender. The second gender is supposed to help us find stable relationships and raise the number of successful marriages--an indicator, and at the end of the day, just an indicator.

"What does that mean?" He asked.

"It means that I'm a disgrace," I rolled my eyes and started piling food onto my plate.

"Hmm, but being a second-gen girl isn't so bad?"

I felt my face burn as I scarfed down the food on my plate, "so, how old are you?"

He quietly and picked up his own bowl of rice "twenty-five, how old are you?"

"I'm only nineteen, was just admitted into Olten Academy, and specialize in combat,"

He laughed before clearing his voice, "combat?"

I rolled my eyes again, "it's just what I'm talented in, what can I do about it?"

"Talented? Huh,..." I could tell he raised an eyebrow through his voice.

I put down my chopsticks, "are you done with the food? I am."

He nodded and stood up, "Reminds me, I haven't introduced myself yet: I'm Alexander Horin, what's your name?"

"Kyon Julian Ortet, but my friends call me Jules," I stared back at him. His black hair was gelled back. He had broad shoulders, was a head taller than me, and wore a navy-blue suit. He had high cheekbones but had a black mole right above his lip. He had a pimple on his forehead, and he was a bit tanned but still stunning. I paused, shamelessly staring, I then gave him a taut smile, "nice to meet you, my... fiance,"

"And with all the greetings aside, we should go home, unless you haven't finished your lunch, I have much to show you," he extended his hand and I clasped my hand around his tentatively, "a-alright."

He strode down the hall with me lagging behind him, past all the hustling servers, guests, his head not held at the same ninety-degree--neutral--angle as my father, but getting there. He had an air of sophistication about the way he walked, the way his natural poker-face was a scary smile, and the way he carried himself when the other people stopped to greet him.

"Do you have your stuff?" He asked once I stepped onto his car.

"Yeah, I think my brother dropped it off," I responded blankly.

I wonder if he'll want to have sex tonight, I shivered in discomfort. 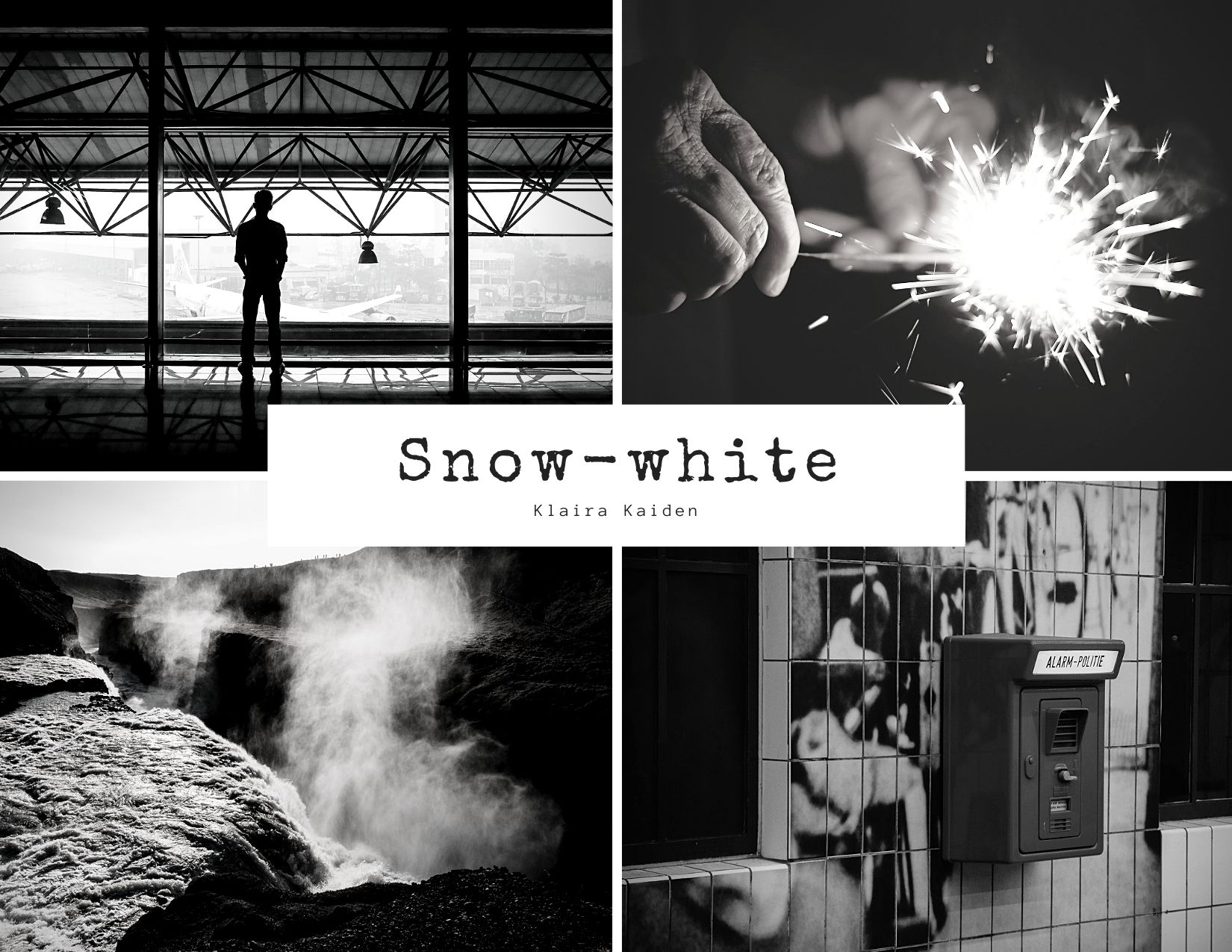 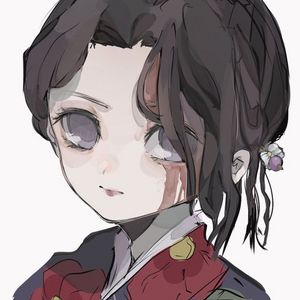 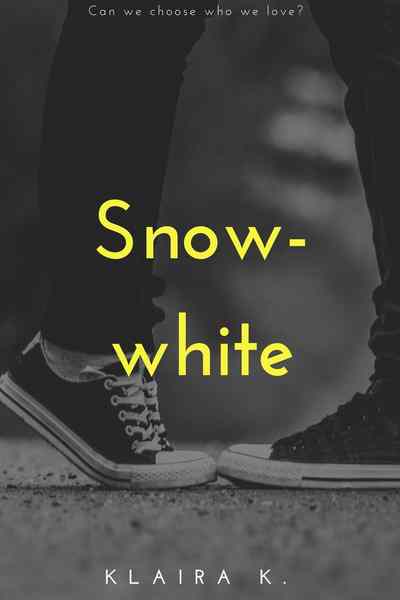 In a modern world where arranged marriages are still prevalent, it's hard to ignore the discrimination crisis they are having. There is an obvious gap between the rich and the poor, the women and men, the different races, and skill versus talent is also measured by their second genders which perpetuates discrimination. Second genders are given through a series of tests, and it is to supposedly help the citizens in finding their specialization--where they will be the most effective to society-- and in defining their personality to find a better match as they just recently overcame a birthing crisis. Second-gender girls are people with little talent, little strength, and most well known for their stereotypical strong will. Second-gender boys are people with talent, sociable, and are well-known for their lack of desire. People without second genders don't fit in either of these categories and therefore is most well-known for being eccentric.

A story about a rich brat and a poor kid.
Subscribe 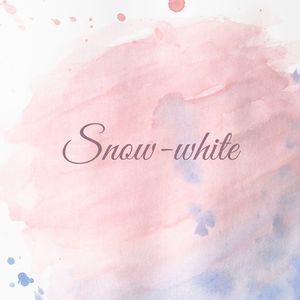