As a child I hated getting shots, I mean hated. The idea of getting needles stuck in me haunted me for years. My fear of needles was so extreme that most of my life revolved around it, if there was something that was coming in the future I would always think to myself  "Is this before or after my ten-year-old vaccines?". If it did happen to be after then I would not be as happy about it as I probably would have been if I didn't have to think about getting a shot. About two years before I would get a shot, I would think about how much I hated needles about three times a day almost every day. I would always be thinking of ways to get out of getting the shot, whether it was locking myself in my room for days or refusing to go inside the doctor's office, once I even went as far as thinking that I might live in the car. No matter what anyone said about how needles aren't that bad I never listened to them and I didn't care what they had to say, because the fear of needles was all in my mind and no one could relieve me of that fear (back then). As it came time for my tenth birthday I would get more anxious and afraid each day that passed as if it was the end of my life. I think that it kind of ruined the anticipation of having a birthday and turning ten because my fear was very immense. On my tenth birthday, I had a good time but I could stop thinking about needles. It was all I could think about. A week later it was time for my doctor's appointment and I was traumatized just thinking about it, but I didn't do anything to resist because I knew that I would get a shot whether or not I resisted or didn't. As a kid that wasn't afraid of needles I went inside holding all of my fear inside of me not letting it show but I think it might've because I didn't talk much to anyone. It was nearing the end of the appointment and the doctor hadn't said one word about a shot, this just built up my anxiety even more. Before my doctor left I asked her If I would be getting a shot she then answered no and that I didn't need any until I was eleven. I sighed in relief. I felt like I was free from all of the anxiety that had been building up for months. I remember thinking of how lucky I was to not have to get a shot. I felt like I had dodged a bullet, but later that week it occurred to me that I would still have to get the shot but just at a different time. To not have to go through that traumatizing experience again I mutually decided to get the flu shot in September instead of the nasal mist so I could "get a feel for it" so I wouldn't be scared for my eleven-year-old vaccines. All of what I went through was in my mind and thought back then It might have seemed that not having to get the shots was a miracle now I look at the experience as something to learn from and that I shouldn't base my life on future problems.

A time when I got out of something that I wasn't at all excited about. 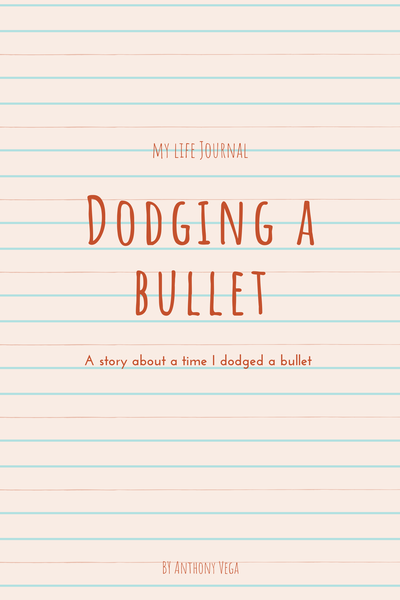 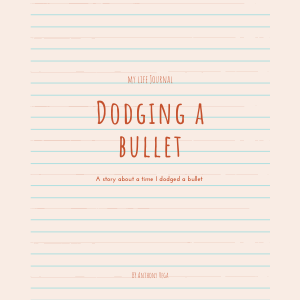