The first witness had been called.

A gruff man had the stand. The Bible he swore on had not been big enough to hold his hand, but he looked more like a bulldog or the result of a cast iron pan to the face than one of the city’s finest.

Gael couldn’t say that opposing counsel was much better, but he was more like white haired underfed whippet, skinny and overconfident.

“Now, Officer Thomas, tell the court if you see the woman you witness murder Officer Hadley?”

“Objection,” Gael said with grand purpose and emphasis. It was the first time he’d ever been able to to object in court.

“Grounds,” the judge asked with an annoyed sneer.

“His question prejudices the jury.”

The judge looked at the jury. “Gentlemen, do you see Officer Hadley’s murderess in this court?”

Everyone except Jack pointed at Alice.

The judge would have strangled Jack if looks could have done that. “Do you not read the newspapers,” the judge paused to look at his written notes, “Dr. Walker?”

“Your honor,” Jack started, seated so straight backed that Gael worried about ever getting his lover to lighten up ever again. His hands folded neatly in his lap, he cleared his throat. “I am from Kansas, your honor, and in Kansas an American citizen is innocent until proven guilty, even a woman.”

Pretty much everyone, but Gael and the judge in particular, gave Jack the eye. Gael could only guess at the judge’s thoughts, but his own went along the lines of angels not belonging in combat. There was also an edge of steel in his soul, in that casualties are dealt with after the battle. Gael knew Jackie would be a medic, but it wasn’t for him.

“Fine, but the conclusion will be the same. You’ll get there, Dr. Walker. In the meantime, objection sustained. Mr. Nilsson, watch your mouth. We have folk from out of town with us today.”

“Yes, your honor. No further questions.”

Gael stood up, “Well, I have some questions, if I might.”

“You’re going to cross-examine my witness,” Nilsson asked, both irritated and shocked.

“Forgive me, Counselor, but I do believe that’s how it works.” Gael winked at him, then repositioned his cane and made his way closer to the witness box. “So, officer will you please state your name and spell it? So the recorder can get it down.”

“Thank you so much, officer,” Gael said cheerfully. “Now can you tell me what you were doing the night you came upon Miss Tyndale being in distress?”

“Well, I usually meet Jim for some lunch. He and I work the night together.”

“You were good friends with Jim then?”

“Yes, for years. He was a good guy! He deserved better.”

“I am sorry for your loss, officer. A good friend is a real treasure. I wasn’t there with you that night, can you help me understand what you saw?”

“Did you read the reports?”

“I did,” Gael agreed, “But it can be very helpful to hear it from the witness. I know it can be hard, but tell me where you found them.”

“They were by the bakery on Hamilton and 3rd.”

“Early I said Miss Tyndale was upset. Yes, or no, officer. If I say she was upset, is that accurate?”

“Yes, she was upset for what she done?”

“Officer, have you caught a murder or a murderess before?”

“It’s about establishing how the officer might have seen the situation.”

“Is this the first murder suspect you’ve aprehended, officer?”

“No, but it’s the first one that felt that guilty over what she done.”

“No, but she was covered in his blood. His head was resting in her lap. She must have gone mad.”

“Now, officer, did she say how she’d killed him?”

“She didn’t have to! He had half a dozen holes in his chest. She threw away the knife, but I don’t gotta be a doctor to see he died from being stabbed.”

With a hand gestured, Gael nodded, “So let me just make sure I have this right, officer. Again, yes or no, please. You came upon a sobbing and distressed young woman, holding a young man in her lap, sitting on the sidewalk crying over him, and you concluded she was the murderess? Yes or no, please?”

Gael was quiet pleased that eyes can’t murder. “No further questions. Thank you.”

Anubis rarely got directly involved with the affairs of humans. Almost every time he’d ever done so had something to do with Kronos. The titan was a bad influence. The focus on justice though had always inflamed Anubis’ passions. Kronos had always been wild, mischievous, and unpredictable. Those rumors about him eating children were completely inaccurate. Mortals always distorted everything, given enough time.

It was in the best interest of the woman’s soul, should she confess her crimes. He was just a little proactive in guiding her lost soul. He took a slow breath, letting an echo of Jim’s life pass through him, shifting his voice and appearance to that of her late husband. The memory he picked was the day of their wedding, younger, fancy dress, sad eyes. As soon as he was sure she was looking at his reflection in the mirror, he said softly, “Why did you murder me?”

The response was not what he’d expected. He wasn’t even sure where she got the knife until it slid into his abdomen.

Rage in her face, she leaned closer to him, now bloody finger poking him in the nose. “You are a cheating, lying bastard, and if you come back, I’ll do it again. This is my house now. You stay out!”

Anubis grinned, a cocky and suggestive grin that he’d learn from Kronos’ current incarnation. “That’s not how this works, dear.”

After all, you can’t just stab a god to death, especially not one from the underworld. 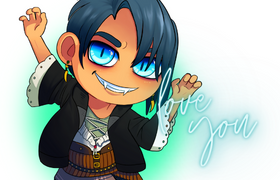 Gael finally gets to cross examine a witness. Anubis gets stabbed. Love can be a contact sport. 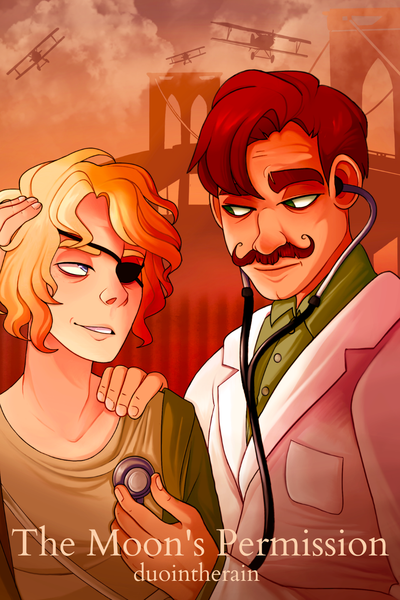 Stretching from 1915 through WWI and back to the Spanish Flu in 1918 Gael and Jack will have a lot to overcome to find a way to be good for each other. Being from different classes, religions would make it hard, but just being gay is illegal and dangerous. Love isn't always easy.

Goodness.... This story is important to me, but it's not happening in a very linear fashion. I hope there will be something here for you in this story. It might jump around a little bit though. 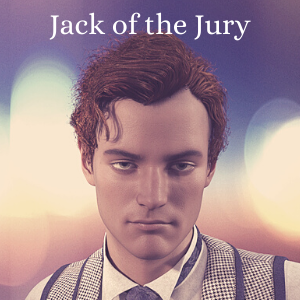