Continuing with the round of introductions, Zen got to know four more members. He counted twelve guild members, just right to launch a three-pronged attack on Carnage.

"I was ranked #60. My mafia name is Gambler. Anything imbued with my luck becomes a weapon. I use mostly coins and playing cards."

The Gambler was a very sick looking teen who looked like he sold his soul instead of his luck for power. He would be clumsier than usual on some days, and Zen knew the reason behind it now. Yesterday, Zen caught him loitering outside the kitchen. The Gambler left eventually without saying anything, but his actions were highly suspicious. Yet, who would have anticipated their meeting in such an alliance?

According to the memory cocktail, the Gambler didn't do too much during the battle royale. He was mostly an observer and didn't do much during the hunt. Sure, occasionally he would use the luck from dead people to trigger some in-game catastrophe like landslides but he never directly killed anyone. Yet, the body count under his name in the first battle royale put him at rank #60. How scary... Zen was a little cautious about this man because his abilities could inconvenience even the three terrors. This man was a double-edged sword to them, and Zen decided to keep an eye on him for now.

The "Tracer", ranked #85, had a unique ability that Zen learned was part of his mafia family's unique skills. As his nickname suggested, he could use psychometry to calculate the probability of people and objects passing through an area with limited information. His observation skills were the best, and Zen wanted him to be part of the reconnaissance team.

Rank #75 and #76 were a couple. Zen didn't know this information beforehand, but he witnessed them working together as a pair during the first battle royale. The boy looked very different from what Zen remembered him to be. Back then, he appeared wilder with veins popping out everywhere. His eyes were bloodshot, and he looked like a serial murderer, tearing trees down with his bare hands and breaking rocks with his kick.

"They call me "Controlled Berserker" because of my ability to remove physical and mental limitations when I'm under the influence of rage. My trigger and controller is Jessica here. We're engaged."

Zen looked at the Controlled Berserker, who was ranked #75. Engaged? Sure enough, the couple held hands even when sitting together. They weren't just engaged, they were probably in love. As for their circumstances, Zen thought it would be a shame for them to choose the first route of killing everyone until there was only one survivor. No wonder they decided to ally themselves with Guild Survivors to try for the second ending.

Jessica introduced herself soon after. "I'm Jessica, ranked #76. My mafia name is "Scorpion", and I'm a master of poison."

She cracked her whip to demonstrate the lethality of her poison when the barbed whip made contact with the floor. Whatever poison that was, it corroded the floor a little and Zen was horrified to learn that the liquid coating the barbed whip was Jessica's blood.

Of all the people who Zen met, Jessica had the most unique appearance. The girl was not older than eighteen, but her hair was snowy white while her lips were dark purple. Her skin had a bluish tinge, and her nails were completely black. She looked very surreal, but Zen had a feeling her otherworldly beauty had a tragic story.

This couple, if he remembered correctly, worked with flawless coordination. Jessica would reel their targets in with a kind of poison that made those who breathed it in hallucinate. Her fiancé would pummel them to death if they weren't whipped to death by Jessica. They were a scary couple, but Zen trusted them more than he trusted the Gambler at the moment.

As the guild leader, Akiko thanked everyone for their presence and introduced the members on their side. Liu Feng and Akiko needed no introductions, everyone knew who they were. Sasha bravely announced that she was a sniper and when it was Zen's turn, he froze. The words were stuck in his mouth, and he didn't know what to say. Compared to everyone in the room, he felt under-qualified to attend this meeting.

"Hi…" he started nervously as all eyes were resting on him. Many were curious about the person who was ranked last. Depending on his answer, he would become the target of bullying or the dark horse for the next competition. Not everyone in this room trusted him.

"I'm Zen. No family name, I cut all connections with them. My family now consist of Big brother Wind and big sister Sasha. My speciality is something different from everyone. I've never killed before and honestly, I wish for as little meaningless deaths in this game as possible. There is a way to clear this death game with as little casualties as possible. I believe we will be able to clear the VR dungeons faster than Guild Carnage can kill everyone because my special ability is the Gamer."

Silence. Nobody spoke. Behind Zen, Sasha and Liu Feng appeared proud. Akiko was expressionless as usual, but there was a glint in her eyes for those who looked closer. Yes, this was Zen the gamer - their biggest hope for clearing the games.

"Isn't this cheating?" Killian breathed after a while, his attitude was completely different from how he behaved at the beginning of this meeting.

Killian turned to Akiko and pointed at Zen. "Where did you find this trump card? Nobody would have known he was a Gamer when he was ranked rock bottom. Are you alright revealing this sort of information to us? We're not bound by omerta."

Akiko nodded. "This is proof of my sincerity to those who wish to join the alliance. Guild Survivor will make anyone targeting Zen an enemy. This is how serious we are."

Without another word, Akiko showed them the list of members in her party, and Liu Feng smirked. Zen observed how disappointed some people look. A party can only have up to six members. There were only two more slots available, and at this point, many people were eyeing the last two slots.

Sasha sensed hostility brewing among guild members and glanced at Zen who remained neutral. Even for someone who didn't know a lot about the underworld, Zen could tell that he was now shark bait. His party members just cast him out to a den of hungry wolves. They were observing him carefully to decide if he was worthy of their protection.

This time, nobody was going to help him. Even Liu Feng couldn't interfere. Zen had to carve a place in this society with his capabilities if he wanted to climb his way to the top.

Resolution burned in his soul as both his miserable past selves craved for change. In this life, he was chosen. Blessed with the ability to learn at hyperspeed, Zen learned one thing in the last twenty-four hours.

Information was king. As the one who had the most information about every candidate in this academy, he had the upper hand.

The smirk on Zen's face took Sasha by surprise. She never thought that the cute puppy-like boy she adopted as her younger brother was capable of making such an adult face. It was the face that she often saw when her father was planning to take down a rival family's turf. 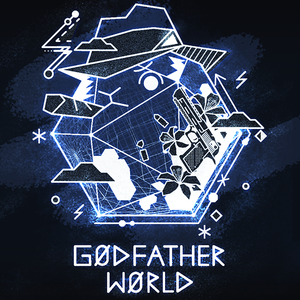