That picture haunts the world. Everybody knows about the Digital Devil, about Monsters, and about cyborgs. But that one photograph is something so new and alien that nobody quite knows what to make of it. Everybody knows it will win every press and photography prize there is despite the blurred edges and the focus being off.

But who can ignore it? The Levy is an old Shuck communications Leviathan, painted a distinctive flame colour that nobody has seen for a long time, not since the army went back to enforcing paintcodes on its Levies. It’s clearly Mammon: strange protrusions so much like metal, mechanical tumors, in the black steel that the Digital Devil uses, pockmark the crimson of its plates. Like other lupine Levies it has an unusually expressive face, but the Devil’s changes to this one have made it more like the Black Shuck that the model is named after: its eyes are black and lit with strange lights and its jaws open far to show teeth that weren’t there before. It looks bestial, wild, the feral cousin of tame ANGEL Shucks. It stands backed into a corner, rubble fencing it in against the burned out ruin of some building become indistinguishable from any of the other ruins on the street. Like a scared, defensive dog, its ears are flat and its teeth show over rubber lips, its cobweb fiber tail curled around its legs.

Monsters have been in the news before. It’s what stands with its arms wide, cruciform, in tattered rags before the robotic monster as though to protect it from something behind the photographer: a man.

There is a rumour, but nobody knows if it’s anything more than sensationalist rag or urban myth in the making, that it is Hiroaki Minekura, one of many pilots lost with their Leviathans on the Blightside. People who knew Hiroaki say it can’t possibly be him in the photograph, even though the Shuck could easily be his Leviathan M!CHAEL.

Hiroaki, they say, or those who knew him well call him Hero, was not a cyborg. There is no way that Hiroaki, a pilot for most of his life, would protect a Mammon Machine and even less that he would be plugged into one. For indeed, cables as thick as thumbs connect the man and the Monster, which stands over Hiroaki as though protecting him even as he visually begs some invisible threat not to shoot the red Monster. Detail shows that the man’s nose is bleeding.

Sky sits on GU!NEFORT’s sun-warmed faceplates, on a tame Shuck, and watches a echo of that scene. M35514H is not a Mammon Machine, that much is clear, but it’s black and bulky and looks almost alien in appearance. It stands tall in the middle of the cleared courtyard of the ruined city, shield still on its back and giant-size handgun holstered, but standing in front of it, with twin wires snaking from the back of his neck into the cockpit, Weft has his eyes closed and his nose may not be bleeding but, if a good enough camera were used, the zoom would show tears on his cheeks.

Sky doesn’t know why Weft is crying. He hasn’t asked. It can’t be Dusty’s death: although Sky and Jack still feel their eyes well up when they heard a phrase they used to hear from Dusty, although they still dash away tears when they go to say something to him and find not even his shadow behind them, Weft is too stoic to cry for Dusty now, if he ever did.

The sunshine does not reflect from M35514H’s weird black angles and Weft is standing in the big tank Leviathan’s shadow. There is no photographer to capture this scene, but if there had been one the photograph circulating now of Hiroaki would have quite some competition. 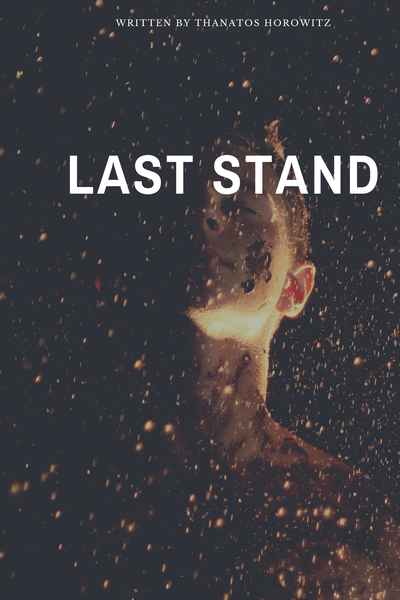 The Lucifel refused, at first, to call xemself Hiroaki, even when xe recognized xyr reflection in photographs of the missing pilot. Not until the memories started surfacing and it was confirmed that that Monster was indeed Hiroaki’s Levy M! CHAEL and there was therefore a reason for xyr attachment to it. After that, xe was Hiroaki Minekura again, although nobody really considered xem Hero: Hiroaki’s family wasn’t told and those friends and former teammates who didn’t need to know were never informed. Xe was, perhaps, by DNA and appearance and occasional painful flashes of memory, Hero, Hiroaki Minekura, one of the legendary communications pilots of ANGEL, but he was also – perhaps first and foremost – the Lucifel Engine, whatever that meant.
Subscribe 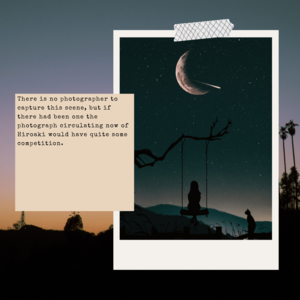