Selicy power was going ballistic around her, but all at once, she contained it. She wasn’t going to let go right here. She wanted to put on a spectacle for the audience that wanted to see it. She thought about Stanley, Reed, and Holt. Three people who had made her suffer in different ways. In one quick shot, she pierced an ice spear through the power supply, cutting all electricity off to the building and rendering it totally black. With her mind affixed on making Holt pay, she advanced to the edge of the building. The night was shining below her.

There she was, about to make the leap. She was no longer Irelia; that seemed like a far off past life now. The girl about to leap off the building was someone greater, bolder, colder. She was Selicy, and she couldn’t sit idle while so much activity happened.

Off the roof she jumped, attracting the attention of everyone below. Good. This time, she wanted them to notice. People began screaming and pointing at her; some took pictures, some recorder videos, some just stared as Selicy plummeted.

She tore off the mask that sat over her eyes, throwing it to the wind. No more masks; anyone with any beef could tell her off in person and not in the news. Reporters could hide behind a screen, but she had no reason left to hide behind a mask.

Her cold breath left a trail of condensation as she fell down the building. To all the people below, she was falling to her death; to her, she was rising to a height she could never have dreamed of. She was a queen of her domain, and her domain was ice.

There, partway down the building, Selicy let out everything she had. The air itself seemed to freeze as she descended. All of a sudden, she stopped falling altogether. She was riding on a road of ice in the air, which she used to bust through one of the windows on the side of The Company's building. People were still pointing and screaming at her,now  not because she was falling, but because of her form.

Ice had covered her body entirely. Her shoes were covered in solid ice that stood out in jagged ways in all directions. The ice continued up her legs and covered her entire ribs, stretching out to her neck and arms as well. Her hands had gone far beyond the gauntlets; they were now savage claws that were made for tearing through people.

Her face was now obscured by the shadow of her hood, but everyone knew it was her. Her ice armor had jagged spikes that poked out in every direction. When she moves, the sound of ice grinding on ice could be heard. She turned away from the crowd below her and crept into the pitch-black building.

“Nathen... you wanna count up your sins? It’ll take a while, so we’d better start now.” Selicy teased as she crept through the darkness of the building. She looked on the cameras before destroying them. She knew where he was. She froze the door to the fire escape stairs shut as she crept down into the basement. She raked her claws against the wall, reverberating the sound of ice on concrete.

“Stay away, she-demon!” Hold cried, jumping out of the corner with a gun in hand. He fired his gun, but the bullet just chipped Selicy’s ice and bounced somewhere else.

“Not until I have your head on a platter.” she growled. She took a swipe at Holt, grazing his arm. He jumped back and took aim.

“Go to Hell!” He fired another bullet, aiming for her head. The bullet bounced off her face, revealing a helmet of hard-packed ice that rested over Selicy,

“Only if you go first.” she hissed. She knocked the gun from his hand.

Selicy seized Holt by his throat with her long, cold, icy claws. She used her other hand and started to slowly pierce his throat. A red light was flickering in the distance, giving Holt limited light to see his final moments of his attacker.

“Wait… I…” Holt attempted to speak.

“Speak up, Nathen. I can’t hear you.” she growled.

“I’ve come this far…” Holt choked. “Because I’m… a para… n-noid… son of a… bitch.” He held his other hand up, which had a low orange glow to it. He gripped Selicy’s arm, which started burning on contact. The ice around the point melted and her arm was beginning to be branded in his glove pattern.

“You think your curling iron hurts me?!” Selicy shouted. “I’ve suffered more pain in the past two days then you’ve suffered in your entire life!”

“No. You’ve used that silver tongue a bit too much for my liking.” Selicy growled. “It’s about time you’ve paid for the pain you’ve caused.”

The last look that Holt saw was of unfiltered hate and rage that was projected on Selicy’s face. Then, the claws came.

Selicy walked out of the building and was ready to run away. Her claws were stained with blood and it was frozen to her body. Surprisingly, Detective Reed waited outside the building, with only a couple police officers.

“Why’re you here?” she hissed.

“I figured it’d come to something like this, which is why I brought this.” he took an old, weather compass out of his pocket. It was the same one from the hospital.

“What’s that supposed to do?” she asked.

“I’m not entirely sure in your case.” Reed admitted. “But my grandmother said that it points you towards what you need the most. It pointed me to Daniel before, and I don’t think I need it as much as you.” He tossed it to Selicy, who caught it with an outstretched arm. Instantly, the compass began swirling around before settling on a northeast position.

“If you want to.” he shrugged.

Before any of the officers could react, Selicy took off at a blinding speed, almost too fast for the human eye. She was a white blur to anyone passing by, but she still had the lingering feeling that she was too slow. Too slow to save Stan; too slow to save anyone.

She zoomed through to the police station and walked down to evidence.

“I want my backpack.” she said firmly. The poor kid at the desk scrambled to find a backpack in the evidence room. He gave it to her; all of her stuff was still in there. Quickly, she ran out of the station and took the compass out.

It was pointing to the Northeast position, which she thought that she might as well follow, since she had nothing to look forward to if she stayed here. Selicy followed the compass, going far out of town. She would continue to follow that compass for years before she found her final destination that she was being led towards. 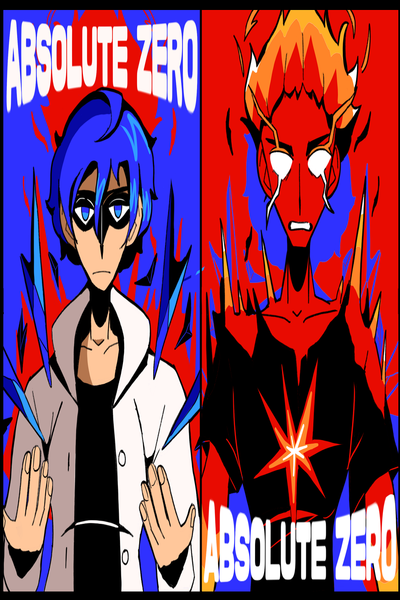 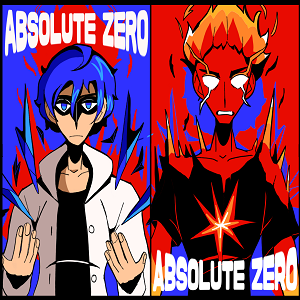