Or perhaps they will die after all. Lives of side characters in a fantasy novel with a tragedy tag do not last very long in the end. After thinking the coast was clear from their hiding spot behind the curtain, Rory and Matet were trapped and caught by the same three men whom they fought earlier in the garderobe. They weren’t able to land a punch or a kick or even a slander when the Fanel soldiers blocked their attacks and lifted them over their backs. They were brought into the main hall of Cossette Manor as the Fanel soldiers surrounded the Cossette family and their sixty servants with their swords and spears on standby. The women sobbed and the men begged and negotiated with their earnings, but they were hushed when the air chilled with the presence of Fanel Kingdom’s commander the Untamed Tiger, who strode each step with pride and omen.

When Matet landed her eyes on the Untamed Tiger commander, her heart skipped a beat. Reading the book, she thought his character was cruel and tenacious with a square face, and despite his poor background, he quite deserved the pain he was experiencing. His Fanel military uniform clung to his skin, yet in the warm weather, he still chose to cover his neck. His sun-burnt stature towered over his victims, penetrating them with his famous heterochromia glare that would make one freeze in their spot as if being brutally torn apart by their prey. Despite his good looks, he was a madman with death and suffering following him since his childhood and the man who wouldn't hesitate to kill.

Matet blinked the admiration away as she wrestled her hands cuffed behind her back, but the Fanel soldier dropped her to the ground and she landed with an aching bottom. Rory shuffled next to her.

“Who’s that?” Rory whispered. Her eyes were wary of the soldiers.

“That’s Sir Van. One of the main characters in the story and loyal dog of Fanel Kingdom.”

They flinched when they saw Sir Van clutched one of the captive’s throats with one arm as he slowly lifted the man, tiptoeing from the ground and breathing for his life.

Sir Van didn’t answer, but he responded by tightening his grip.

“T-take everything I h-have! M-my money! The manor! The s-servants! You can have more land and t-treasures! P-please don’t kill me!”

Someone tugged the man’s pants. “Us too! We don’t want to die! This wouldn’t have happened to us if you didn’t get involved in this mess!” a lady cried. She wiped her tears in her handkerchief. Her two daughters and son whimpered and bowed.

The man turned around and replied in a harsh tone, “You willingly supported the idea! It was your idea to pay all the servants to keep quiet.”

The servants flinched what their master had said.

The lady of the manor continued, “Please Sir Van, w-we were manipulated a-and have nothing to do with the princess. I-I can give you my daughters for you to wed and—”

“Mother! I don’t want to marry that monster!” one of her daughters cried. “My life will be in vain!”

“Hush! This is how we should beg for our lives and correct our mistakes.” The lady turned to Sir Van. “S-sir Van, w-we realized our wrongdoing. Please forgive my husband’s sins. He was too influenced by those people and got all of us involved. They paid him and manipulated him like a hostage.”

“Wife! You too were manipulated and blinded with wealth! Why are you putting the blame to me again!”

The bickering of the Cossette family was a cringeful soap drama to watch. Matet shook her head as some of the Fanel soldiers did too, knowing full well what was going to happen next. Sir Van pulled out his sword that glinted in the light and directed the blade toward Lady Cossette’s neck that she immediately sealed her lips.

“Your family drama is not my problem,” Sir Van snorted. “I do not desire everything you own, Count Cossette. They have no significant value to me. I wish to burn them all down.”

Everyone gasped except for the Fanel Kingdom’s soldiers.

“Y-you can’t!” Count Cossette squealed. Then in a few seconds, his demeanor changed from someone begging for his life to someone threatening the untamed tiger commander of Fanel Kingdom. “You! You think that you have all the power of Pandora’s land when in fact you were a worthless child slave of the North!”

One of the Fanel soldiers stepped forward, unsheathing his sword, but Sir Van raised his chin, which made his subordinate halt. Sir Van’s eyes were blazing.

“This worthless child slave of the North will end your life and your descendants,” he hissed. He raised his sword, and the blade cut apart Count Cossette’s arm as blood splattered onto his wife and children’s faces. The servants cried and covered their eyes in fear. Count Cossette coughed up blood. Sir Van dropped his body to ground and set his foot on top of his belly, slashing the count’s other arm.

Some of the Fanel soldiers averted their eyes and focused their gaze at the shrieking captives or the ceiling of the main hall. The subordinate who stepped forward shook his head and shrugged, thinking that one should not piss off the untamed tiger commander ever in their lifetime if they want to survive.

Count Cossette lost a lot of blood, but he was still struggling to breathe. No one tried to help or comfort him. Not even his wife or children. Then, someone in the crowd dared to yell.

“That serves you, Cossette family! It was all your fault!”

“Yes! They paid us to keep quiet! They deserve to die!”

The servants who served the Cossette Manor for many years—some for more than ten years and some less than that—cheered for the demise of their former masters.

“Traitors! All of you!” Lady Cossette accused them with her red polished long nail. Her face smeared with wet, frightening tears and the running of her blue eye shadow down her cheeks.

“You hid the princess in the cellar and let your children torture her!” someone shouted.

“T-that’s not true!” one of Lady Cossette’s daughter defended herself. “I—I only watched while Nathaniel and Clarise tormented her.”

“Liar!” yelled Nathaniel and Clarise pulled her hair as they pointed fingers to who was to blame.

The chaotic and laughable scene irked under Sir Van’s skin. His blue and purple veins nearly burst out from his temples. His subordinate noticed his displeased behavior and ordered everyone to shut their mouths, drawing the rest of the soldiers to move forward with their swords aiming at them. Sir Van sniggered. He brushed his hand over his short cropped hair.

“Did you think I will only punish the Cossette family? No. Everyone in this manor is at fault. You had a choice whether they paid you or not. Everyone has blood and greed in their hearts. I will not only burn down the Cossette Manor, but the sinners of Cossette Manors.”

“B-but the princess! We know where they hid her!”

“It’s been five years already! Has Prince Eman not given up? He’s the crowning ruler of the Fanel Kingdom!”

“What are you going to do to us innocent civilians! We were only told what to do!”

The servants shouted all at once with their threats and complaints.

“You all deserve just as what the Cossette family deserved.” Sir Van pulled his sword, and the captives leaned back, but he rubbed the remaining fresh blood of the blade against his uniform on his leg and sheathed his weapon belted on his side. With a motion of his head, he had ordered the Cossette Manor’s massacre.

“NOOO!” the Cossette family and the servants cried in agony. The Fanel soldiers marched forward as a few of them entered with torches.

Matet’s chest thumped. No. NO!

One of the soldiers poured petroleum oil around the manor and onto the manor residents.

Still cuffed behind her back, Matet yelled to Rory to follow her. Matet gritted her teeth. With all her strength, she managed to surprise one of the soldiers by colliding against his legs, and he fell backwards. Another soldier tried to grab her, but Matet bit his arm as Rory kicked his leg. They ran, careful not to slip on the petroleum oil poured on them.

A couple of hands pulled Matet back. Rory had one of the soldier’s hands in her mouth, and she couldn’t scream. Matet could feel her blood burning. Her mind was rushing and the words she screamed didn’t make sense to her.

The untamed tiger came to an abrupt stop. His fingers itched to snap to whomever disrespected him. He swung around to see the commotion.

“Bring those girls back!” ordered one of the soldiers.

Matet held her gaze, unafraid and boldly, but she trembled under Sir Van’s glare.

“I CAN SEE YOUR FUTURE!”

Sir Van tilted his head and narrowed his eyes as he walked toward her, still wriggling against the soldiers. He stopped just an inch away. Matet had to look up at his sun-burnt features as he stared down condescendingly.

“I know my future,” he said with a frown. “I know what’s going to happen to yours in a few minutes.”

“NO! I know who you are. I know the secrets of what the Fanel family is hiding from you. I know your real plan.”

“Oh? A traitor of both the Cossette family and the Fanel Kingdom is threatening me?”

“Your visions,” Matet added in a low tone. “I know what your visions are about.”

Sir Van released his hand from Matet’s face and felt Matet lips for a second then he protruded a finger inside her mouth. 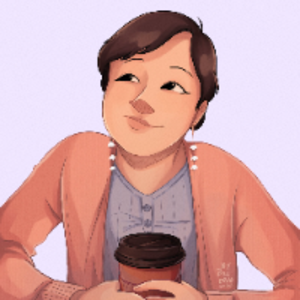 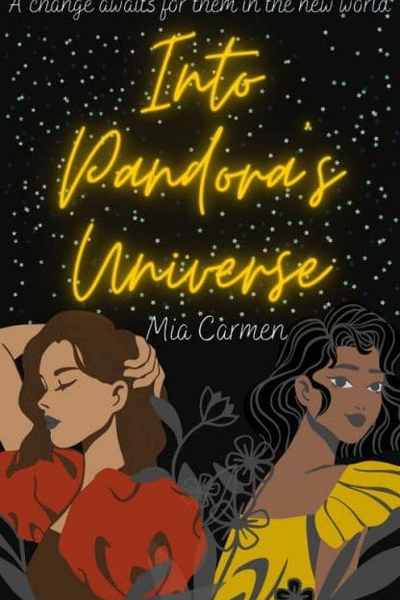 Two friends Rosary and Matet planned for a girls' getaway trip to the Oregon coast after the end of their final exams in their senior year in college. However, a rainstorm prevented them from reaching their destination so they were forced to check in a sketchy motel. No cellphone service and a defective television, the girls found a mysterious book titled Into Pandora's Universe. Once the book was opened, it transported the girls into a new world of order and supernatural. They must learn to adapt in the new world and change their fate and the fate of the other fictional characters to survive before their tragic end.
Subscribe 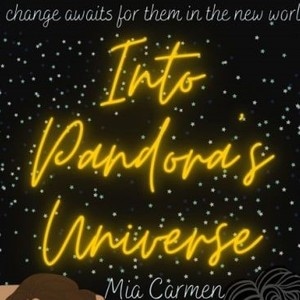