Cecile gnashed her teeth as she glared out the window of the coach, at the beautiful and vast white castle that could be seen yonder. The maids sitting across from her were at a loss for what to do, but that mattered not a whit. Cecile was so furious that she did not even spare a look at them.

She gazed down at her own outfit. A finely woven lace bridal veil, a white silk dress so smooth that one's hand might simply slide off it, and at the hem of the dress was an array of sparkling crystalline pearls.

Yes. What Cecile was wearing was a wedding dress.

Cecile was on her way to get married, but she was not the least bit happy. The closer she got to the castle, the more she felt like her throat was being choked. As Cecile s coach passed through the city gates, a band that had been awaiting her arrival began to play music. The music was beautiful, yet it only sounded like a funeral march to Cecile's ears.

'If I go in there…I'll die.’ In the instant this thought crossed her mind, Cecile's face turned even paler.

She could not stop herself from murmuring for help unconsciously. But the maids sitting across her did not ask what she was on about. They merely nodded with understanding pity on their faces.

One of them gave a reply and said, “We'll die if you run away.”

‘Come on, will it hurt to comfort me a little?’

Cecile audibly ground her teeth again before shooting a glare at the bouquet she was holding. The reason why Cecile was grinding her pearly whites on what should have been the happiest day in her life was simple.

'Why do I have to marry the emperor!'

There was a big problem with the man who was to become her husband.

He was the groom of Cecile's upcoming marriage. The problem, however, lay in the fact that he was the very worst, insane tyrant on the continent. So much so that none would show surprise even if he were to murder his bride on his very wedding day.

Cecile recalled the events from a month ago.

Cecile was an illegitimate child of the king of Navitan. The king bedded a maid in a drunken stupor, and a child was born who happened to inherit the spitting image of the Navitan royal family: beautiful platinum hair and green eyes. When Cecile was born, the king had no choice but to acknowledge her as his child.

That did not mean that Cecile grew up loved, however.

Her mother, who was a maid, passed away shortly after Cecile was born, and afterward, Cecile was sent to a royal villa in a corner of the royal palace where she was to grow up. Although she did receive minimal education as a princess, her treatment was no better than that of a maid when compared to the princesses in the main palace. Still, Cecile did not feel wronged.

'At least I'm acknowledged as a princess.'

Had she not been acknowledged, she would have long been cast out of the palace as an infant. In a way, it was a comfortable life. The king never called for her, and nothing happened as she spent time idly in her villa. A life of eating, sleeping, and playing without having to labor. She did feel it slightly tedious to repeat the same days on and on, but it was better than going through suffering.

Cecile would occasionally offer flowers to her mother's grave in the corner of the royal villa while murmuring to herself.

"Mother. I'll keep on living like this, until someday I'll be sold as the second marriage partner of an old, rich, military aristocrat, won't I?”

The only world Cecile knew existed inside of the books she read as she could not go outside freely. Even those books were mostly brought in by the maids of the villa.

“That's how it always is in the books.”

Had her mother still been alive, she would have hollered "That's because all you read are romance novels!" and smacked her on the back. But the dead have no words, and so Cecile continued to murmur alone.

“But I'm not living in a fairy tale. I'm sure there's no chance of a forced marriage partner turning out to be a cold grand duke of the north who's devoted solely to his wife, and also happens to be a gorgeously handsome man...”

Cecile read the novels enjoyed by the maids of the royal villa and came to know what end a princess in her position would come to. An illegitimate princess who was not loved but had all the characteristics of the royal family. An excellent product for the king to sell without guilt.

If only she had been born ugly; she could have felt some security then. 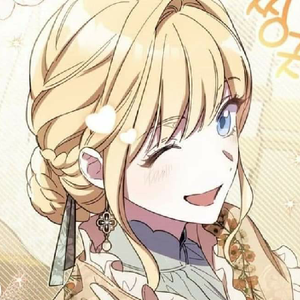