Looking at the current situation, though, she felt that even without her doing so, Navitan would likely be crowned as the next kingdom on the priority list to be doomed. 'Such scary looks.'

It appeared that everyone was exceedingly displeased with her after she caused this uproar. Regardless of the looks on their faces, however, she did not feel the slightest bit sorry. Cecile was surprised at how she felt; surprised to feel no such thing as guilt at driving a country to its ruin at full speed. 'Me thinks that I'm born with overflowing talent in being a bad girl.'

Cecile was consumed with regret at having discovered her talent so late. Alas, for her to awaken to her genius on her death day... It was too late. She had not much time left to exhibit this newfound ability of hers. For she would soon die.

Cecile fell in thought as she plucked the petals of the bouquet in her hand, one by one. 'I did stretch it a bit by making up those customs, but then again I spoke so well without fumbling even once.'

The customs of Navitan she had the attendant relay were all lies. But she had spoken with a tongue of pure silver. She told the attendant all sorts of nonsense, tacking on the name of Navitan for authenticity every time. How will the emperor feel about Navitan once the attendant delivers my words? She wondered. Surely, she mused, his face would ever so gradually contort every time he heard the name.

Cecile took a stretch as she gazed at the still closed doors of the cathedral, then she cupped her chin. Her maids hemmed as if in protest to her bad posture, but she paid no mind. 'Maybe I should write a will now, since I have nothing to do?'

But on second thought, Cecile shook her head. She had no family nor relatives anyway; no one would receive it. Besides, she had no words nor property to leave behind. 'I suppose the will would go to the emperor if I die after getting married?'

The emperor would legally become her family upon marriage, after all. Cecile felt a twinge of regret at the time. Maybe, she thought, I should've raised hell after the wedding. I could've written a batty will, too.

It was then that the cathedral doors opened. Through the doors came out a man in a white tuxedo, who began walking towards her coach. There was no need to even ask who he was. The flower people throwing petals knelt with their foreheads to the ground at once, while the knights knelt in salutation.

Cecile fixed her eyes on the approaching emperor and gulped. She scanned him, searching for something. And the moment she saw he carried no sword, an involuntary breath of relief escaped her lips. She laughed at herself for that. It turned out she still wanted to live even after making this mess.

'Maybe his sword is too precious for this, so he'll borrow a knight's sword to cut my neck.' Upon rethinking it, however, Cecile shook her head. Nay. Considering the stories she had heard about him, the emperor could kill her with his fists. Apparently, one time he had killed an enemy knight with his bare fists after his sword broke during a war. 'Born with herculean strength, or so they say.'

The emperor's unearthly strength was another reason why people feared him. Of course, she thought it was all exaggerated. How could it be possible to punch through another person's body with one's fist? As the emperor drew even closer, Cecile was able to examine him better.

“Eh?" Cecile's eyes grew wide. Smooth-looking black hair and identically colored black eyes. Sloe-eyed and expressionless, his face gave a tad sharp of an impression. But none of that mattered at that moment. Cecile gazed upon the emperor, entranced. And when he finally came to stand before her, her lips murmured words of their own accord. "Hello, beautiful?"

I did not hear about this? 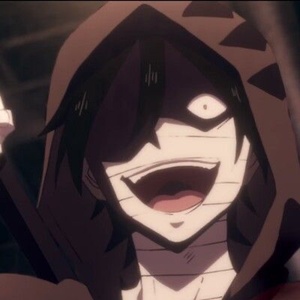