I woke up smelling of the forest and blood. I had a shower after we came back, but I could smell it anyway. I felt numb and it had nothing to do with the exhaustion from a shift. Bran was gone. Truly gone. Not even his soul remained now. I stared at the ceiling as my mind kept spinning, yet I couldn’t seem to grasp a single thought. I got up and quickly grabbed some sweats and a t-shirt. Once I threw them on I ran down the stairs not really sure what I wanted to do, just knowing I couldn’t sit still.

“Going somewhere?” A voice stopped me dead before I could even open the front door. I turned around meeting the green gaze of my Father as he stood in the kitchen making coffee.

“We ran all night, I’m sure it can wait for a bit,” he said calmly. “Come, grab a cup,” he ordered. I didn’t really want to, but somehow, I couldn’t help myself. He was my Alpha for the longest time. Habits die hard I guess. I took the cup he offered me and followed him out on the back porch where two chairs waited for us. He sat down, obviously waiting for me to do the same. I did, not sure why. I didn’t want to talk to him, especially not now. I drank the coffee. It was warm and slightly bitter with no sugar or milk.

“So, are you staying?” he asked, watching the forest around. It must’ve been snowing after we came back because our tracks were covered up. The fresh snow glimmered in the early sunlight. It all looked so calm and quiet… I hated it.

“Until his killer stops breathing,” I said coldly, the anger in me rising once again.

“I expected as much…” He nodded slowly, drinking his coffee. “But if you want to help, you will follow my lead and obey the pack order. This is pack business, that means no acting on your own.”

“What if I can’t promise that?” I raised an eyebrow. “We both know I’m not the best at following orders.”

“Yes.” He laughed, but it didn’t sound happy. “Like your little chat with Elliot perhaps?”

“That wasn’t my fault, he came to me, I swear,” I said in my defense, Father didn’t look quite convinced though. “He didn’t say anything interesting anyway…”

“Well, he could hardly come out and say he killed Bran when he was surrounded by the pack.”

“Guess so… It would’ve been mighty convenient though.” I sighed and rubbed my temples. The restless thoughts felt like millions of bees buzzing in my skull.

Father stayed quiet for a moment and a somewhat companionable silence fell between us. Damn, I couldn’t remember the last time we managed to only exist together like this. As far as I remembered the only thing we ever managed to do was either yell at each other or quietly sulk.

“Reid I…” he whispered suddenly. His voice, which was thick with emotions, surprised me. As I looked at him I found myself frozen in shock. His face was contorted in deep sadness and what seemed like pain. Then he turned away and shook his head. When he looked at me again his face was once again a hard mask. What the hell? “You will simply have to learn to listen. If you can’t follow my lead, you’ll only make the hunt harder,” he said looking stone-cold like always.

I stared at him in shock. I shouldn’t have been surprised actually. Out of this whole conversation, that was the one thing that sounded exactly like the Father I knew. “I’m not trying to be harsh, but we have to avenge Bran and if you can’t play by pack rules, you’ll only get under our feet. You should leave.”

You should leave. There it was. The line I’ve been expecting ever since I knocked on that door. I put down the cup of coffee. This actually felt very familiar, I was so damn used to the rage and disappointment.

“I’m not leaving. Bran was… If you for a second think I would leave before his killer was dead, then you don’t know me at all,” I told him, my voice full of anger. He opened his mouth as if to say something but I turned around and walked quickly into the forest, clenching and unclenching my fists to give a way to the anger and to that terrible feeling of being unwanted soaring through my body. I forgot how it felt. For ten years I’ve managed to avoid that feeling. One day, that was how long I stayed before I got reminded why I left. Being unwanted by one's pack was the worst feeling for a werewolf.

I didn’t know what I expected when I decided to come back. But this wasn’t it. Did I seriously expect him to change? If I really thought about it, did I expect him to say anything else? No. No, this was Alistair, my Father and the Alpha of the Ghealach pack. A cold bastard who didn’t love anyone.

It was probably a good thing I left those years ago. I didn’t care how miserable my life as a loner was, this was already much worse. 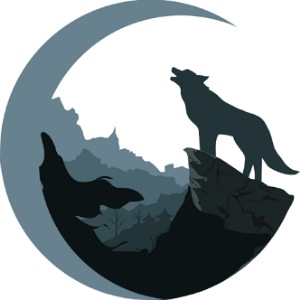