"Today's the day..." I sighed at Pex,my fellow companion and my horse. He snorted at me and continued to walk onward "Come on! I know it's a long way but I want to be on time to the initiation ceremony, I don't want to make a bad first impression!"
My thoughts bounced off the inside of my mind as we travelled onward What if I don't make it? Where will I go? What if we get attacked, and what If Pex is injured. I know, a lot of what if's but there is a lot of weight on my shoulders! The Keepers are a very big deal, they keep peace and fend off the evil from the land, attend the Monarch's ceremonies and grant the newborn traits to help them forward in the future! If I'm late my entire plans are ruined and I will be chucked out of the house due to disgrace on failure of initiation.
We neared the checkpoint village so we could stop for a rest before starting the travel again tomorrow at dawn. I dug into my satchel and fished out two silver coins before handing them to the inn keeper. He glanced at my horse and jerked his thumb "You know, horses have stables you should put your horse in there rather than in here, before it poops everywhere and makes this place stink like hell,"
"Oh uh, sorry sir I just...uhh.. forgot?" I tried "Uhhmm so I'm gonna just take him to the stables now..." I pointed outside before awkwardly shuffling out.
"Phew, that was awkward Pex" I wiped my forehead before closing the stable door with a click. "Goodbye Pex, sleep well uhhh standing up..." I trudged back to the inn and wiped my feet at the mat so the grumpy innkeeper wouldn't complain.
I fiddled with my lock for a while before finally hearing the click I had been waiting for "Finally" I sighed in relief and flumped down on the uncomfortably scratchy mattress. Reminder: Never do that again, uncomfortable I made note to myself. "Ow-" I rolled over before drifting into the world of my dreams.
"Worst. Sleep. Ever." I yawned and rubbed my eyes, "At least I now know why horses sleep standing up.." I stood up to get dressed, before shortly realising I fell asleep with my clothes on "Hmmm no wonder why it was extra uncomfortable, I really must have been tired huh," I gazed to my boots, still with some mud on even after rubbing them on the mat. Well at least I took them off, I thought to myself after slipping them onto my feet.
"Well someone's an early bird," a voice drifted from the counter where a new innkeeper stood "I don't normally see many people on my shift since its late at night,"
"Well I guess this early bird has somewhere to be," I squinted "Is it dawn yet?'
"Yep just about, you can look outside for yourself rather than ask the person who has been cooped up inside all night," She chuckled and gestured to the door.
"Oh, thanks I guess I'm not the brightest in the morning..." I trailed off "Well anyways I had better get going, um thanks kinda, also you are way better than the grump from yesterday evening" I grabbed a lit lantern before waving and moving out through  the door. I caught a glimpse of her grin before she turned away to prepare herself a drink.
"Come on Pex let's get going, today will only be a short travel but we have to be swift again if we want to get there before dusk," My horse glared at me and snorted, covering me in horse slime, "Ewww, how do animals so majestic even produce this stuff in their noses!" He kicked his hoof and tossed his hair, probably wanting something.
"Okay, okay boy here I brought this apple and a sugar cube I snagged from a table in the inn," I waved it around before laying out my hand flat for him to eat.
"Eat up boy I know it's not much to eat, but sugar should give you energy to continue the journey I hope," He looked into my eyes with that 'I will stare into your soul and scare the apples out of you' look, thankfully for just a second before turning away. I ruffled his mane for a few seconds before looking outside at the sky, it was just about dawn now so we would soon be able to get moving.
"Don't worry boy, soon things will change for us for the better," I opened the lantern and blew out the candle, there was enough nautural light to see in without squinting now. I unlocked the stable door and led him outside
"Steady Pex.." I whispered before securing my items and jumped on ,"Let's go!" I tugged on the reigns before he rode off into the horizon laying ahead of us. 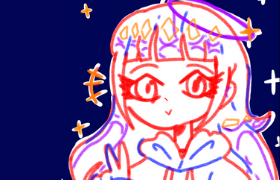 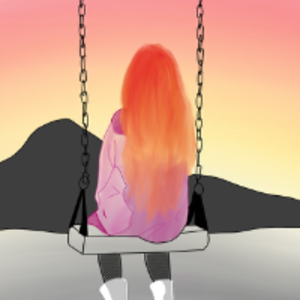 You know when they say that if there’s a book you want to read that hasn’t been written yet, you must be the one to write it?
Well here it is, I hope you enjoyed and please, feedback is appreciated wether good or bad :D

!!! I promise I will get a better cover/thumbnail soon xD!!! 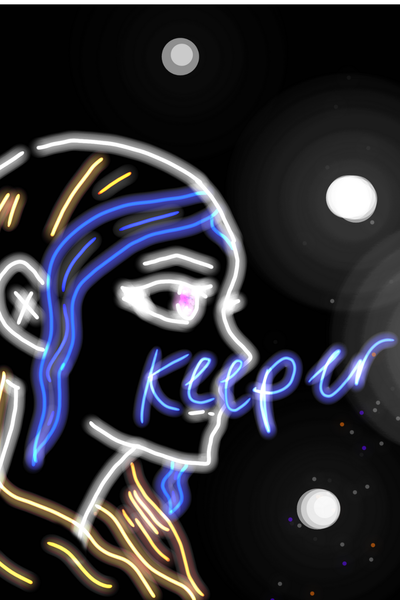 A young girl who goes by the name of Trin joins an order called the Keep, to become a Keeper she must power through challenges both mental and physical to come out on top if she wants to survive the harsh world filled with magic.
Subscribe 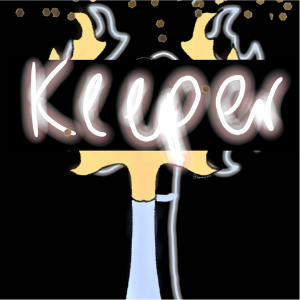