This world sucks… Working ten hours straight in a company almost for a whole week… Not even in the office! I’m a janitor! I hate how they look down on me. Because what?! I’m lower than they are? Vikings had it better… Just because you were strong you were a god to them! But in this world, all I can do is wash the floor, throw out the trash.

Finally, it was 8 PM. I was the one who needed to wait for everyone to leave because I was responsible for closing the office. Mark was usually the last to leave. He was a good guy but easily forgets everything. Like this time. As I closed the office he came back running because he forgot his car keys…

The only thing I wanted now was a drink… Good black beer. After the job, I went to the closest bar. I drank too much so they threw me out of the bar. By too much, I mean two or three cups...I didn’t have to go far way to home since they built a new bridge close to my home.

As drunk as I was, the whole sidewalk was blocked by me. There was a couple that was going toward me but the girl was too scared of me so they walked across to the other side. I didn't mind that but I had this weird feeling. The bridge was longer than I remembered or maybe it just was like that because I was drunk.

There was something behind me… I think? Before I could look back I saw the night sky. Why the sky you ask? Well… because I was falling… off the bridge… I had only one thought.

I barely walked! Not talking about swimming while drunk. Once I fell into the water I panicked. I tried to swim up but I already had too much water in me. I couldn’t breathe and I had no strength. I felt cold. Slowly closed my eyes. Then the water was getting warmer. Is it how the body reacts when dying?

Something is pushing me? What is it? Waves? But this is a river. My body is touching something… Wait. I’M ALIVE!

I coughed the whole water that I drank in panic. I am on sand… on some beach? There weren't any islands close to my city. Am I still in England? When I looked around all I saw was a few islands and that island that I was on had a big mountain stretching across the island.

I took out my phone. It still worked but I had no signal. I was running around the beach to get at least one bar but there was no signal… I was in the middle of nowhere. There was only one thing left to do. Cry in hope that someone will come to the rescue. Then I realized that first people need to know that I’m here so I gathered stones and spelled “HELP” on the beach.

I don’t know how long I was drifting in the water but I definitely got hungry. In hope of finding some fruits on the island, I went into the forest. Few times I rubbed myself against the nettle. It… wasn’t pleasant at all…

Then I saw it. Small, blue, shiny blueberries! I rushed toward them and immediately started eating them. When I had a full mouth of them I thought that they might not be blueberries… If they are poisonous then I will die now not like waiting for death from hunger. There was something odd about the bush… Berries were only on top of that. Weren’t they growing from top to bottom?

Something was in the bushes close to me. I immediately stood up and slowly took a few steps back. Rustling didn’t stop. It was more intense second by second and then something jumped out of the bush. It was a rabbit. I sighed at ease.

Rustling started again. I hoped that it was another rabbit. You know like those rabbits are an inseparable pair but I was wrong. It was one big boar…

Just my another lucky day. Didn’t finish high school, got bullied for a whole time, every girl rejected me, living in a small old apartment, working as a janitor, falling into the river, and now… a boar… 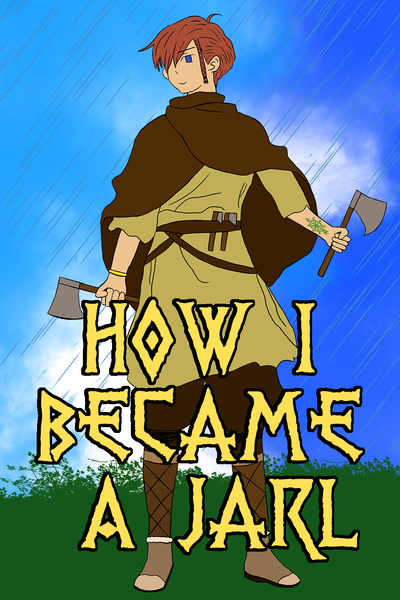 Young janitor, Eric had a miserable life. He hates the present times where only papers maters. Fortunately or unfortunately gods gave him a chance in another world. Midgard. A place where Norse gods rule, A place where Vikings still exist, A place where people can have power bestowed by the gods.

This is a story about Eric who will accomplish many things, meet many friends and enemies, and create his history. 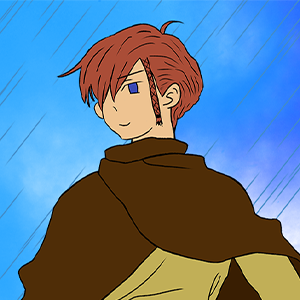