Trading Kisses and a Curse

Waking up next to an ex is never the best way to start your day. Especially when you’re both covered in blood and several of his internal organs are missing. When he said “you stole my heart”, I’m pretty sure that’s not what he meant.

I haven’t talked to David in three years, and I’ve gotta say he isn’t looking great. I guess that could be due to the fact that his chest cavity has been torn open and his face is permanently frozen in fear; but who know? I had hoped to never see this tacky green wallpaper ever again, honestly the blood splatters make it look a little less terrible.

How I even got here is a mystery. David lives (lived?) about three hours north of my house and it’s not like I could’ve driven in the state I had been in last night. The wolf I share a body with twice a month doesn’t always make sense, but it’s a fairly simple creature and likes to stay in what it considers it’s territory. Since last night was a new moon and not a full, the wolf should’ve been less likely to roam this far. Spirits of nature can be unpredictable, so I should know better by now than to expect it to behave for one night.

I should probably feel worse than I do for killing someone I thought I loved at one point. But honestly, I don't feel too many things other than insatiable hunger. Maybe this curse is getting stronger, or I'm just straight up losing my mind. I didn't exactly get a "How to Keep Your Humanity Intact" handbook when my psycho ex bit me on my deathbed and turned me into a fucking werewolf. I'd like to say I'm not a spiteful person, but it's hard not to be a little bitter. I'll admit, I wasn't exactly civil last time I saw Cole. Tearing off part of his scalp on my first full moon isn't what most people would call 'staying friends with your ex'. Can you blame me though? He started spouting some bullshit about how we could be together forever now that my cancer was gone and wasn't coming back. Yet here I am four years later, single as ever and covered in David.

If you can't tell, I'm absolutely thriving and I've never been better.

If you think it's hard to get an ex's cologne out of your clothes, imagine how it is to get his viscera out of your hair. I'm not quite sure my brother's dandruff shampoo is gonna cut it. Neither is this whole three-in-one situation he has going on. Oh how I long for my custom shampoo, it always does the trick after a particularly gorey night.

I'm not sure what I'd do without my brothers though. Thomas and Elijah are my oldest brothers and the only ones in my family who know about my curse. They aren't exactly supportive of my "hobbies" as Elijah likes to call them, but at least they help me cover my tracks. I haven't eaten anyone important in the four years I've been a creature of the night, but like I said before, the spirit is unpredictable.

At this point, I just want to crawl into bed, but my brothers have their rules for when I stay over at their apartment. If they get called the morning after a full or new moon and I'm covered in "suspicious substances" then I have to give them a rundown of everything I can remember from my run. The spirit isn't alaways helpful, but every now and then I'll get glimpses of it's memories. Like dreams almost, but I'm not allowed to wake up. Elijah, our town's current historian, eats everything up for the research he started after I told him I was turned. Thomas on the other hand, just wants to know so he can plan how much damage control is necessary. Even after he stepped down as sheriff after the first time I mauled a hiker (something about an abuse of power), Thomas stays in touch with the local law enforcement just in case he needs to lead them in the opposite direction.

This debriefing lasts longer than usually, and takes more coffee than we originally anticipated. By the end of it, I'm somehow more tired than before and both of my brothers have permanent scowls etched on their faces.

"Am I allowed to go to bed now? Or do we need another interrogation, officers?" My voice is like sandpaper, even to my own ears.

"I'm sorry this is such an inconvenience for you, Bailey. But how do you expect us to react when you call us asking to pick you up an hour after sunrise? You're lucky Elijah answered his phone and woke me up, or your ass wouldve been stuck there!" Thomas can't stand still as he lectures me, his voice getting louder with each word. I'm shrinking lower into my chair the longer he goes on, my ears burning. Elijah is nodding along, knowing better than to try and get a word in.

"Guy I know I messed up, okay? I underestimated the spirit last night and someone died. I take full responsibility for my actions. I know the drill, I'll go to the funeral and pay my respects. Can I please go lay down now? I feel like my head to going to split open." I'm close to tears and feel like I could pass out at any moment. Honestly one of shittiest parts of being a werewolf is how caffeine doesn't work on me like it used to. Supernatural metabolism can kiss my whole ass.

When Elijah speaks up, it's much more gentle than Thomas has been, "Bailey we just don't want to get a call saying you were found with a silver bullet in your head. Mom and Dad would destroyed if they had to bury another one of their children. Please be careful, and don't eat anymore of your ex boyfriends." The last bit gets a dry laugh out of me, and Thoams even cracks a small smile. "Now go to bed, I've already put on the black sheets so yu won't leave any of David behind."

It doesn't take long for me to nod off after sliding into the pullout bed in my brothers' basement lounge, and soon I'm dreaming of red. 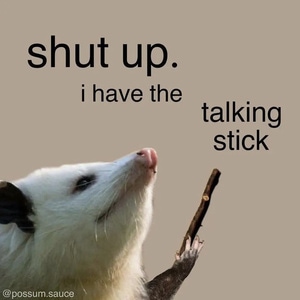 Hi everyone! I know this is a little short but I just wanted to give you guys a preview of the book for now. This is my first time publishing something in a while so I'm pretty anxious haha. Anyway, please let me know what you guys think! 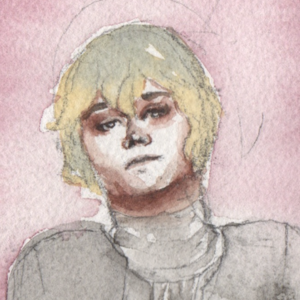 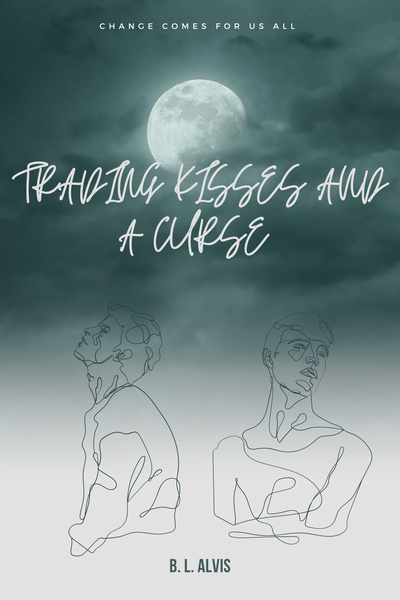 Trading Kisses and a Curse

Bailey isn't sure he'll ever get used to waking up in skin that doesn't quite fit over his bones. After beating cancer (if you can call contracting lycanthropy from a bitter ex beating it), he figured things would go back to normal. But after almost four years of sharing his body with a spirit of nature, Bailey has come to the conclusion that "normal" is a thing of the past. Just as he's starting to think he's coming to terms with his curse, Wesley Owens blows back into town. Somehow he's using even more hair gel than the last time Bailey saw him, and that isn't the only thing that's changed.

Wesley hasn't thought about Bailey Merrick since he left town five years ago. The night they had their friendship ending fight was the night Wes packed his bags and ran off. Imagine his surprise when the first thing he sees when he pulls into his parents' driveway is a very shirtless, and definitely not sick at all, Bailey chopping firewood. What's a guy supposed to do when the scrawny kid he protected in high school isn't so scrawny anymore? And what's he supposed to do when former scrawny kid is found covered in blood every month after the full moon and he's the only one who seems to notice?
Subscribe 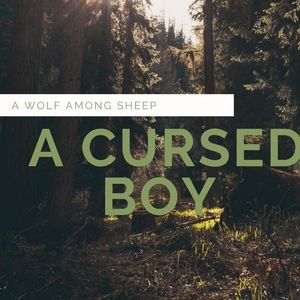