A young man was walking alone on a dark night down a quiet street, he could hear the noise of cars in the distance and a couple of people chatting quietly in a bar, so he felt safe in a way knowing that he was not completely only. The man walked and walked in the direction of his home, along a path that became more eternal with each step he took.
- I have moved away from people and I no longer hear anything ... Why do I have to live so far away? He thought-.
Right at that moment, he seemed to hear a few small footsteps behind him. The frightened man glanced behind him and saw two small children whose appearance was not far from normal at first glance. But, what surprised him a lot, is that according to him he put his gaze on them, the children stopped instantly. It was as if they were waiting for him. All he did was put on the hood of his jacket and keep walking forward.
He started to get nervous, every step he took, the children walked too, over and over again. Already angry, more than scared, he turned completely, fixing his gaze on the children's and, as before, the children stopped.
- What do you want? Why are you following me? He said as his legs began to shake slightly.
It took the children about ten seconds to break that chilling silence, although the man could be heard gulping before hearing anything.
"… Capture…" said the boy on the right in a high-pitched voice.
"... Smile ..." followed the boy on the left, but with a slightly deeper voice.
- Capture? Smile? L-Go away, I'm warning you!
But, as he finished speaking, he could tell that now there were no longer two children, but three.
- But where did it come from !? The man asked, confused and scared.
"… Threaten…" said the third child, but with a voice even deeper than the previous one.
- I do not like jokes! Stop! Said the man, putting his hands on his head.
And, as he said that, there were no longer three children, but four, five, six, and so on. Many children began to appear, to the sides and behind the two main ones. The man did not even know what to think, the only thing that came to mind was running, fleeing from where he was going from the beginning.
With a lot of fear and tension, he managed to reach the floor of him, he quickly took the keys and inserted them in the lock as he could, since he did not stop shaking. Once he managed to open the main door of his building, he raced up the stairs to the fifth floor, where, again, he opened the door as best he could and slammed it shut.
- I have arrived ... nothing happens ... everything is fine ... there is no danger ... - He kept saying while many tears did not stop coming from his eyes, while he was sitting with his legs together, head down and leaning against the door, everything was still dark -.
Until…
"... Suffocation ..." he heard in front of her.
He raised his head very slowly and saw one of those children, standing there, staring at him.
"... H-How? ..." He said in a very low voice, "HOW DID YOU GET IN !? Leave me alone ... LEAVE ME ALONE !!
The man did not stop screaming in panic, he could not move a finger, he was paralyzed with fear, screaming was the last thing he had left, he did not want to die, the boy was approaching slowly, he could not move, he was already very close . And, suddenly, he began to hear more and more those words that did not stop echoing in his head.
- ... Breath ...
- …Fainting…
- …Chill…
- ... Regret ...
- …Craziness…
- …Afraid…
- ... Panic ...
- ….Death…. Him, ”she heard louder than the other words.
The man stood with his eyes wide open, the child in front of him had changed the expression on his face. He smiled, he smiled a lot and in a very forced way, while little by little his face deformed second by second, it was as if his flesh was melting, revealing black eyes, dead eyes.
- ….Death…. Said the child, already disfigured and in a terribly deep and macabre voice.
- D-Die ... you? Said the man, smiling madly.
Then, he heard all those voices of those children in his head without stopping, hearing those words again, while the smile of the boy in front of him grew more and more and, once and for all, the boy pounced on the man.
He began to bite him and tear the flesh from his face, the man tried to resist as best he could, hitting him, but it was useless, so he lowered both arms, while the boy ate his eyes, splitting them in two and also tearing his muscles, tendons and finally bones.
His body was completely covered in blood, a headless and lifeless body, a life that was gone a few moments ago. The boy's facial expression became serious again, and he was heard saying one last word:
-… Ago…ny… 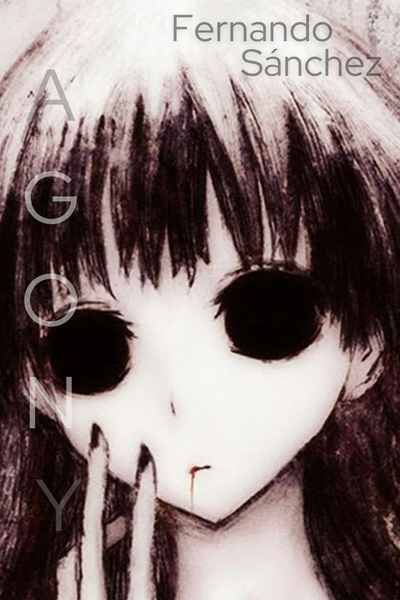 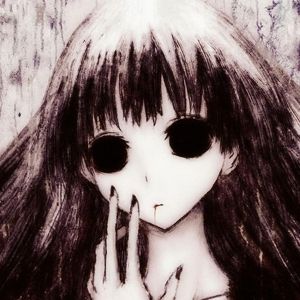