The silence seems to ring loudly in Sarah’s ears as the magnitude of what she’ll have to do dawns on her. A weight settles on her shoulders, so overwhelming she thinks she might not even be able to walk. It won’t be the first time they’ve used the cover of the ceremonies to exchange information. But just because they haven’t been caught before doesn’t mean they won’t be, this time.

The maid is still watching her, silent and still, next to the glass coffin that serves as her bed every night. Without a word, Sarah strides over and picks up the covers the doll has just so dutifully straightened. She tosses them aside so briskly, the ensuing breeze flutters the maid’s skirts. She stands stone still regardless.

The maid turns towards the heavy double doors of the closet to do as she’s told. There’s no logical reason for Sarah’s actions, only the desperate belief that she may gain some more moments before having to go down for the tests. An illusion. One that’s easily shattered when the maid speaks again as she walks out of the closet carrying fresh linens.

“Please, start getting ready for your bath, Lady Bride,” she says. “I will be with you in a moment.”

Sarah considers refusing. But all that will result in is the maid forcing her to bathe first and then tend to making her bed. She turns on her heel instead and stomps towards the bathroom, the weight on her shoulders seeming heavier than ever.

The amethyst bathtub has already been filled with steaming water, white towels have been piled up nearby. A basket of scented soaps and powders lies near the faucets, a small gold rinse pail next to it. Fresh clothes have been laid out, as well as a stool to discard the ones she’s wearing.

Sarah hesitates, her anger unable to burn away the discomfort she always feels when undressing in front of the dolls. She has no way of knowing whether this one has already watched her do it or not, but rather than her having the same face as the ones that have being a point of reassurance, it only makes her consternation grow. She looks back at the maid, still busy putting the clean sheets on her coffin. Reassured that her back is turned, she begins undressing.

She wants to do it as fast as possible, get into the bathtub before the doll can come in, but the dress refuses to cooperate with her. The strings on the corsage refuse to untangle and unknot themselves and, when they finally do, they catch on the buttons. The whole thing is too tight, too difficult to peel off her skin and it gets stuck on her wrists when she tries to pull it off.

When Sarah finally frees herself from the layers of lace and velvet, kicks the dress away from her with a curse, she feels the heavy stare of the maid on her. The doll is standing near the door, unmoving, hasn’t tried to help with her struggles. On one hand, Sarah’s thankful for it; she doesn’t want those rubbery hands on her. On the other, it makes her angrier, that the maids can’t perform such simple tasks to help them when they do so many other, unneeded things.

Her skin crawling with disgust and her heart wrapped tight with frustration, Sarah quickly gets into the bathtub.

The water is so hot it scalds her skin and she grits her teeth to avoid allowing a hiss to escape them. The sensation is almost welcome. She lets herself fall into the deep warmth, feels her shoulders relax and her back unstiffening.

It lasts only a moment. Then, the maid’s hands are on her hair, gathering it up and Sarah feels a moment of irrational panic that the doll is going to push her under the water, hold her there until she stops breathing. She lashes out, her left hand grabbing at the maid’s arm, her nails digging into the too thick skin. It’s only then she realizes that the doll is simply holding the rinse pail to gather water. The arm she’s holding isn’t reaching for her.

“I don’t need help,” Sarah says as she releases the maid’s arm. “I can wash myself.”

Her voice doesn’t tremble and pride wells up on her chest for that. She has come a long way since first awakening in her glass casket, an innocent princess locked in a tower who trembled and cried at every difficulty.

The maid doesn’t move. Sarah’s fists clench of their own volition and her breath quickens. She turns to look at the doll and her grey eyes seem distant, as if she’s not quite present. Sarah hates when this happens, when she can’t tell whether they’re simply malfunctioning, about to deny her requests with their illogical orders or listening to God’s own damned guidance. The moment lasts only for a second, then the maid’s lips open, her mouth working to form words Sarah doesn’t hear.

She hates sounding like a dumb child, too. But her senses sometimes fail her, turn off at the worst of times, when she’s overwhelmed with thoughts or emotions.

Luckily, repeating the same sentences over and over is something the maids excel at.

“Yes,” Sarah says through gritted teeth. “But I’m saying, I don’t need you to do it.”

This time, her voice does falter. She takes a deep breath, makes to grab the pail from the maid but, before she can, the doll has already lifted it and is trickling water down her hair.

Sarah gasps at the sudden sensation of flooding in her ears, the fear of drowning invading her heart once more. She grasps the sides of the bathtub tightly, tries to calm her breathing as the maid sprinkles her scalp with a vanilla scented powder. The last thing she needs now is for her emotions to get out of control, to accidentally invert or annul the gravity in the room, leave herself stranded inside a bubble of water.

As the maid scrubs at her scalp with careful but unrelenting fingers, Sarah fights to calm down her nerves. It’s best if she simply allows herself to be washed, even if disgust blooms in her stomach at the maid’s every touch. She closes her eyes as the doll rinses her hair again, begins scrubbing at her arms and back with almost painful efficiency.

Maybe she can take the moment to start composing the seals she’ll need in her mind. There won’t be much time to write them down afterward, to make the needed copies and explanations for the others. If she already has her thoughts in place, a plan that will allow her to put everything to paper faster, it will make things easier.

Her body becomes a distant worry as Sarah focuses on the contents of her head. She pictures the seals clearly and starts inverting them slowly, rearranging the shapes and changing the angles so that they all become their own opposites. Some say Holy Geometry and Mathematics is a language, others call it an art. Sarah disagrees with both. It’s much more than that, the simple facts of reality laid bare through shapes and numbers. But, then again, not all have the intellect she had even as a simple human, the one that earned her a full merit scholarship at Lothurst’s prestigious University, despite the fact that she came from a low-class family of eight that could never afford to pay for her studies any other way. Let alone the one she has now, after peering into the mind of a goddess.

Sarah is sure she has the solution when the full symbol seems to come alight and imprint itself in her mind. She’ll need to draw it down, run calculations, make sure there are no mistakes first, of course. She’s not given to flights of fancy or moments of inspiration. Those are Matthew’s realms, not hers. But she knows, with the assuredness of one who’s almost never wrong about their chosen field, that she has the answer.

Her eyes open slowly and she sees the maid standing in front of her, a towel spread open and held in between her hands. There’s already one wrapped around Sarah’s head and something about the doll’s stance tells her she’s been in that position a while.

Sarah doesn’t apologize, doesn’t make any excuses for not getting out of the bathtub as soon as she was surely asked to. Instead, she does it at her leisure, one foot at a time, grabs the towel from the maid and wraps herself in it. The linen is cool against her scalded and scrubbed skin and Sarah begins to pat herself dry before the doll can do it for her. There’s still a claw clamped around her heart as she realizes every second that passes is one second closer to the tests. But she takes courage from the fact that they may be her last.

It’s only when she has almost completely dried herself that she remembers her notebook, still tucked away in the secret pocket of her skirts. 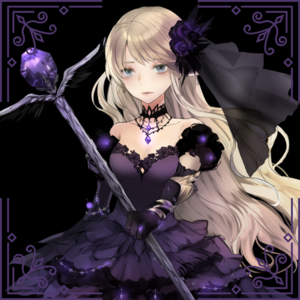