As Darren climbs down the bare stone steps, a sudden calm seems to come over him. The kind of calm that settles in when you’re not quite present in the moment, when you’re not quite in your own body, but watching from somewhere behind your own eyes as everything, including yourself, keeps moving. He knows the proper terms for it -- dissociation and derealization -- but they’re mere words and concepts floating around in the fog that has invaded his mind, separating it from his body so that both may continue to function, even if separately.

The stairs emerge into a large room, half submerged in shadows. There are no lamps here, only candles, and they seem unable to illuminate every corner, to frighten away the thick darkness that is this place’s natural state. Slabs of stone that pass as tables stand against the far wall facing him, their rims covered in the strange shapes of God’s alphabet. Acolytes from his house, the House of Crosses, busy at these, their robes of black lace and dark blue velvet rustling softly as they prepare tools, measure ingredients, tend to smoking concoctions.

In a small chamber beyond the stone tables, its entrance only half lit, there’s a machine, a monster of dials and buttons and levers that he can’t hope to understand. Joshua certainly would, little engineering genius that he is, if only he was allowed close to the damned thing. But, to Darren, it’s only a mound that buzzes and whirrs softly as more acolytes tend to it, scribbling down whatever mysteries it imparts to them on the pads they’re holding.

Darren doesn’t look but he knows that, to the left and right, there are two strangely shaped chairs, half armchair, half chaise longue, that can be adjusted to lift up the back, legs and arms, as necessary. Leather bindings are strewn all through it, at the ankles and wrists, knees and elbows, waist and chest and even the neck, although this latter has never been used. Not that he can remember, at least, and he hardly ever does.

On the floor of both chambers, there are the circles. Ritual circles inscribed, too, with God’s symbols, so similar to the ones he instinctively draws in battle but has no knowledge of. These are no closer to his understanding and so he doesn’t look at them, casts his gaze towards Vivien, instead.

She’s standing with her hands folded in front of her, her posture perfect, and not a dark red hair out of place in her tight bun. Her dark blue dress is impeccable, falling on her form as if the very cloth had been made solely for her body. Her sea-green eyes are cold and sharp, narrowed in the direction of the acolytes as if she’s about to demand a detailed explanation of everything they’re doing.

There was a time when she would have done just that. The fact that she held no power within the Church, that her station was almost as low as a commoner’s mattered little to Vivien. She would walk up to people more knowledgeable and more important than her, teachers and researchers and scholars, peek at their experiments and ask that they explain what they were doing. Her straightforwardness always came across as arrogance and, no matter how many times he tried to explain that to her, he gave her the proper phrases to utter to request the knowledge she wanted, she would always do the same. At some point during their youth, Darren had stopped hating that about her and started loving it, instead.

The sight of Vivien standing there, cowed into silence, makes his stomach turn. The determination they all lost, after they sought a miracle and found it laden with curses, his own inability to foresee that obvious outcome and protect them from it are suddenly too much for him to bear. It causes something inside him to snap and he turns to look around at the acolytes and nuns.

“Are we going to start anytime soon or are we supposed to just stand here all day?” he calls out, opening his arms wide.

His voice doesn’t echo off the walls, instead the sound seems to be swallowed up by them. Darren pretends it doesn’t chill him to the bone, lets his hands fall to his thighs with a light slap. The silence is worse. It always is, for him. He’d rather talk to the dolls and automatons than be left to drown in it.

The acolytes turn their masked faces to him as one. As silent as the soldiers, they don’t answer his question. Vivien gives him a glance that’s even sharper than theirs and his heart seizes up at her disapproval. He wishes he could explain that he did it for her, as much as he did it for himself, as well. He did it for all of them.

Four nuns emerge from the corners of the room at his words. Their garbs are similar to the acolytes’, their faces the same as the maids’ that escorted him here. Only their long blond hair is down, falling over their backs, instead of twisted up in a bun. Darren suppresses a shudder. He should have been used to it by now, but the uncanniness of seeing the same face over and over, sometimes with the slight difference of a new hairstyle always hits him.

Before he can shake off the feeling and get himself under control, they walk up to him and Vivien and begin removing their clothes.

Darren moves his eyes away from the Bride, standing to his left, but his jaw clenches at the indignity the dolls and automatons always make them go through in front of each other. Yet, his rage is short lived, quickly drowned out by terror as soon as the nuns touch him.

Goosebumps break out all over Darren’s skin. The fake, rubbery skin of the doll’s hands brushes against his and he has to fight to stay still. Half of his brain is yelling at him to move away from them, while the other half is desperately lapping up the forced contact, starved as he is for it. But there’s no humanity here, no warmth. Only cold dead things doing their job dispassionately.

His body jerks away from them in disgust, but the nuns don’t even bother looking up at him, simply continue on their task with mechanical ease. Darren’s stomach tightens as the desire to grab both their heads and smash them together until they break open only increases. He closes his eyes for a second, reminds himself that he has already tried and how useless it is. It’s not going to get him out.

After they strip him, the dolls step back, retreating into the shadows they hid in before. One of the acolytes approaches and Darren eyes him suspiciously, cold shivers raking his body. The feeling of mistrust only grows when the acolyte extends his hand, a small phial held between his fingers. Darren inspects the potion as he takes it from the automaton, making sure not to let their fingers touch. It doesn’t look like it is made from anything edible; in fact, it looks like molten silver speckled with black dirt.

An alchemical concoction. For all that the church has declared both alchemy and sorcery as heretic, and only thaumaturgy, the use of God’s symbols to achieve magical results, as being sanctioned by God, they’re still making use of it here, where the light of society doesn’t reach.

Despite his apprehension, Darren knows he has no choice. He lifts the phial up to his lips and tips it, emptying the contents into his mouth.

He falls to his knees, coughing and gasping for breath. His tongue seems to have been lit on fire, his throat is closing upon itself and blocking off all air from passing into his lungs. His palate is filled with the taste of dirt and death as the specks break apart in his mouth. Something slithers on his tongue and he hopes, feverishly, that it is only more dirt and not anything more vile.

Strong, too big hands wrap themselves under his arms, around his torso, and Darren can’t tell if he’s carried or if he walks to it, only that he feels his body sinking heavily onto the padded chair. He’s still fighting to get air into his lungs and his vision is starting to blur and slant, to grow dark at the edges.

He can feel electrodes being attached to his temples, his chest and, more carefully, almost reverently, to the mark on his neck that signals his contract to the Archon. He’s not sure if someone caresses it lightly or if it is only his imagination, but his stomach contracts painfully nonetheless, wanting to throw away the contents of the potion.

Darren takes a deep, shaky breath, tries to take back control of his body. His ankles are being bound, followed by his knees and waist. He forces himself to stay calm and not thrash about, hiss and fight back like a distant part of him is screaming at him to do. Under the effect of the potion, it doesn’t quite work.

Instinct takes over and his arm lashes out involuntarily, his knuckles hit something metallic and he grabs at it, his fingers hooking themselves onto two holes in the smooth surface. He pulls as hard as he can, but something pushes harder against his arm, forcing it away. The metal slips from his fingers and he hears it fall to the ground with a resounding clang. He can feel the wordless, panicked bustle all around him, like a pit of snakes writhing in the dark, but his slowed down brain takes too long to understand what has just happened.

Darren desperately tries to open his heavy eyes, to turn his head and see what well concealed secret lies beneath it. But his body refuses to obey and he falls into oblivion. 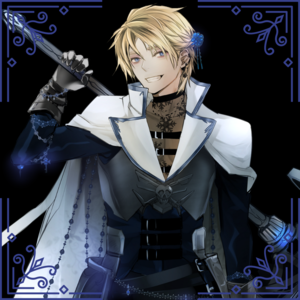