The wood steps creak under the Vicar’s weight and it takes all of Joshua’s willpower to remain seated, rather than get up and throw him back down into the tables below. He doesn’t know the man, his dislike for him comes only from their short introduction today. But Kayla clearly does, either from her life before or from their periodical confessions with the clerics since they became Scions. She trembles at the mere sight of him and this time is no different.

The Vicar seems unaware of the Bride’s discomfort, but Joshua can smell the fakeness of his nonchalant attitude a mile away. He knows exactly what he’s doing. And he’s reveling in it.

Kayla’s hands are hidden under the table, grasping tightly at her skirts as the man walks towards them. Joshua’s heart aches, the desire to reach out and grab at them, hope that no one notices the gesture and that he can, at least, offer some comfort, growing with each beat. But if the chosen Roses’ Scions are lions, the Vicar is an eagle. Nothing will escape his gaze and he will attack at the slightest sign of weakness.

“Aah, Kayla,” he begins, a pleasant smile that is anything but dancing on his lips. “It’s been quite some…”

Joshua doesn’t raise his voice, doesn’t make his tone sound threatening. Yet, the Vicar freezes halfway through his motion of leaning towards Kayla, turns his face towards Joshua without bothering to straighten back up. He’s too close, standing between the two Scions, the smell of his musky perfume too strong, the warmth that emanates from him suffocating.

From the other side of the Vicar’s now rigid body, Joshua can see Kayla’s face contorting into a look of pure horror. From her expression, one would think he had slapped a bear, not told an unwanted guest to get on his way.

The Vicar’s attention is now fully trained on Joshua and it seems the man’s insides are blazing. He’s no longer smiling, but he also doesn’t look as insidious and bland as he did before. The anger that has clearly risen in him has set his eyes and features aglow and Joshua thinks he looks so much better this way. Perhaps, he should wear anger as a look more often.

“I don’t believe I’ve ever had the pleasure of welcoming you into my confessional, Joshua,” he starts, his smile now all gritted, bared teeth. “I’m Vicar Alphonse and…”

His smile turns into a sneer and he scoffs before answering.

“And you’ll do… What, exactly? Force me out with your God-given powers?”

Joshua’s jaw clenches at the double barb. It’s not only that no one is quite sure where the Scions’ powers come from: God or a good place at all. After all, they have to climb down to Hell to gain them and, if that’s only one half of God’s own mind, where the fragmented version of its self lives so that we may understand it, the fact that it is still touched by its universal goodness is only a belief. The Scions may have been taken over by God’s demonic counterparts and no one would be none the wiser.

But that doesn’t faze him. Whether his powers come from a pure or evil source, they’re his to use how he sees fit. It’s the second part that makes him want to throw the Vicar over the table, stab him in the throat with the dinner knife.

The Scions can’t activate their powers in the real world. Not fully, at least. The strange mixture of sorcery and thaumaturgy that they use only functions when they’re in the Purgatory between the worlds and, supposedly, in the Otherworld. In their world, they’re barely able to tame their elements to their will, and that’s all they can do.

Alphonse, as well as the other clerics and nobles, count on that to keep them safe from the monsters they’re nurturing as protectors in their midst. What they seem to forget is that those monsters are human, first and foremost, and have other tools on their side. Magic is a luxury, not a necessity to get things done.

“I can always break your nose and throw you down the stairs,” Joshua says with a shrug. “The soldiers won’t get here on time and your ego will be just as bruised as your body by the time they do.”

Alphonse’s eyes flicker to Joshua’s hands, clad in ornamental armor. The Vicar is taller and broader than the Scion, but it’s also clear that he’s never been in a fight. He’s used to commanding people with his words, not his fists. Joshua was fighting before he became a supernatural guardian to a city that doesn’t deserve his services. There were no magic or weapons, then. Size had never been on his side, either. Wit and dirty tricks were all he ever had.

“I can have you punished just for thinking that, let alone saying it.”

“Another punishment? Regular day down here at the abbey.”

Although he doesn’t show it, his heart does react to the threat. The punishments may be common, but that doesn’t mean he has become indifferent to them. Each is awful in their own way and there’s no way to be ready for them. But, if he didn’t earn one for this, he’d get it for something else. And he’d rather be punished for protecting his Bride than for breaking the long string of rules he hasn’t even been made fully aware of.

Alphonse stares at him straight in the eye for a few moments, then looks away, almost disconcerted. Joshua doesn’t blame him. He’s had that same reaction when looking in the mirror several times. There’s something both terrifying and saddening in looking into the eyes of someone who has nothing left to lose.

“I was merely going to greet Kayla before our confession, today,” Alphonse says, turning back to the Bride.

Joshua’s stomach fills with liquid fire and he almost does good on his promise of throwing the Vicar down the steps. But then he notices Kayla’s stance, no longer trembling or scared, but assured and angry.

“I believe we have no business outside of confession, Vicar,” she says and, for the first time, she meets Alphonse’s stare directly. “So, if you’d please leave us to enjoy our meal before then.”

She turns back to her plate with such confidence that it leaves little room for the Vicar to do anything else than what he’s been told. She’s still a princess, after all. And, if he wants to scare her and delight in it, he’ll have to wait for the place where he does hold more power than her.

With an awkward bow towards Kayla and his cheeks burning red with embarrassment and rage, Alphonse turns on his heel to leave the podium.

“I hope you got your kick out of acting as her owner,” the Vicar murmurs as he passes Joshua.

The Knight inhales so sharply, he almost chokes. He wants to get up and grab Alphonse’s perfectly curled hair, bang his head against the table until he stops moving. Instead, he watches him go, all the way down the steps and until he sits down at his own table, waves away a maid offering him a wine refill.

Only then does Joshua turn his attention back to the table. He refuses to look at Kayla, fearing that he’ll see the same rage she has just displayed aimed at himself. It’s a misunderstanding, he never meant to speak over her, only to help, give her strength. But he has no way of explaining when he can’t speak a word to her.

He casts his gaze down. There’s a plate of food sitting in front of him, one he hasn’t even seen the maids bring in, so absorbed was he in trying to get rid of the Vicar. He clasps his hands together, rubs the base of his thumb, trying to decide whether violating his body by ingesting another person’s memories of a dish is worth it. His stomach feels hollow, a feeling almost similar to voracious hunger and, without thinking about where the food has come from, he picks up the spoon, dips it into the curry and starts eating.

The velvety smooth, sweet and spicy taste fills his mouth as his mind, too, is filled with memories of the meal that aren’t his own. Eating it surrounded by family members whose faces he can’t quite see, dipping naan rather than cutlery on it to bring it to his lips. The memories soon subside, leaving only the taste and a faint knowledge of what goes into the dish, how to prepare it. Even that will fade soon, unless he keeps feeding on it.

As he keeps eating, trying to fight the slight nausea that always comes with the memories that aren’t his, he notices movement to his side.

Kayla is moving her index finger across the tablecloth over and over in a pattern that he soon recognizes are letters. She casts him a sideway glance to make sure he’s watching, then traces it again from the beginning. A simple, short phrase that she can’t dare to utter, but that sets his heart ablaze, even in its silence. 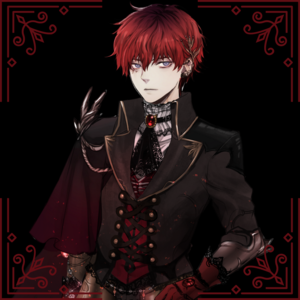