As I lay tense, waiting for the next round of torture to begin, I took comfort in the fact that I had given my all for my people. Everything I had done was for the betterment of my empire, Zobrus.

Of course, my hard work and sacrifices had gone unappreciated by the commoners. I heard rumors that they made comments about my insatiable appetite for the finest feasts, garments and palaces, and it's true that I made my way from one noblewoman's bed to the next, but I was the young emperor of a vibrant kingdom. Who could blame me for sampling all the best it had to offer?

Still, perhaps there was some truth in what they said. Perhaps there was more that I could have done; been more charitable, more empathetic, kinder. But even if all they said about me was true, surely nothing I had done was horrible enough to justify the agony about to be unleashed upon me by the man approaching with outstretched arms. I tried desperately to turn away from him, knowing what would come next, but it was no use.

“GOOCHEE GOOCHEE GOO!” the man taunted as he tickled me.

I did not know how, and I certainly did not know why, but some weeks ago I had found myself reborn in the body of a baby in some entirely other world from the empire I once ruled. Apparently, it is a world of sadistic imbeciles with a penchant for abusing defenseless souls such as myself!

Commanding the peasant to unhand me proved to be a fruitless endeavor. Please! No, stop! I thought to say, but the words merely echoed through my mind with not so much as a giggle escaping my mouth.

“As lord of this house, I decree… All babies must pay one raspberry tax!” The tickling had ended, but the man now blew directly on my stomach, causing a horrid, thunderous sound. Cease this at once! I am royalty! I think I’m going to pee!

Once more my tongue betrayed me, sputtering out uncontrollable laughter in place of words. I wiggled my tiny arms, but my pleas went either ignored or unnoticed.

“Alright, Krig, I think that’s enough playing for now,” said the woman lying in bed. “Let me hold him awhile.”

The man, Krig as the woman called him, relented and carried me over to her. “Alright, little guy, you got off easy this time! Spend some time with Mommy.”

Finally, some respite! I wanted to thank the peasant woman and explain that I was not typically one to be caught in such demeaning acts of nuisance, but before I could even form the thought, she was on me.

“Gods above, look at your itty bitty toes! I just want to gobble them all up! Num num num num num!”

The woman held my feet to her mouth and alternated between kisses and “nums.” Again, some giggles managed to escape me, but the woman’s tactic proved far inferior to Krig’s methods of forcing laughter.

Were I not confined to this weak, infantile body, I would conjure a firestorm to consume your flesh and be freed of this torment! However, considering my current state, I’ll just have to use what little resources I have available. Thankfully that seems to include my ingenuity.

With my will sufficiently steeled, I found myself able to resist the urge to giggle and instead began to cry.

“Oh no, don’t cry, Crow,” she said. “Mommy was only teasing you. No one is going to gobble your feet, I promise.” The woman held me and rocked back and forth, humming softly. I stopped crying.

Yes, they actually named me Crow. The peasants of this world have a sick sense of humor if they seriously consider a winged disease carrier an appropriate name for their child.

I had glimpses and fragments from my life as an emperor, but the details of my transition here still eluded me. I couldn’t remember falling asleep or waking up as a baby. There were aspects of my life that I remembered with crystalline clarity, but other aspects were beginning to fade. The last memory I had was in the throne room. I was on my way somewhere, when my vision… I think I was dizzy… and then--

Ack! Trying to recall the thought was making my skull throb. Did I just keel over and die? That must be it. Does there exist a more tragic fate than the death of an emperor as young and handsome as me?

I looked up at the woman holding me now, her red hair falling from its messy bun, her cheeks full and freckled. Her smile.

I didn’t recognize her, nor did I recognize this Krig fellow.

If this were a dream, wouldn’t the people claiming to be my parents actually resemble their likeness?

I attempted to pinch my cheeks just to be sure, but ended up slapping them instead--curse these baby hands--but the cottage and its residents did not disappear, and I did not awaken as an emperor.

I couldn’t make any sense of it! Especially not with this damned, incessant humming. I gave out a yawn and felt the weight of my eyelids grow heavy.

When the battle against my shutting eyelids seemed a futile effort, I felt myself lifted up from the woman’s embrace. “I’ve got him, Gwen,” Krig said as he carried me. He kissed her on the forehead before taking me to a nearby crib and placing me down inside. “Sleep well, Crow,” Krig said, leaving my forehead with a kiss of its own.

At least they’re kind, I thought as I drifted to sleep. Even if they are peasants.

Hi there, and welcome to Thief of Crowns! I hope you enjoy reading it as much as I have enjoyed writing it :]

Crow is thrust into a world vastly different than the one he’d known before. How would you react?

Remember to subscribe to find out what happens next! 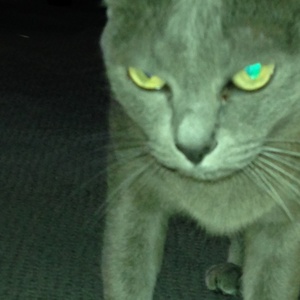 I thought he was in actual torture at first and maybe he died from that but I guess not. Still interested though 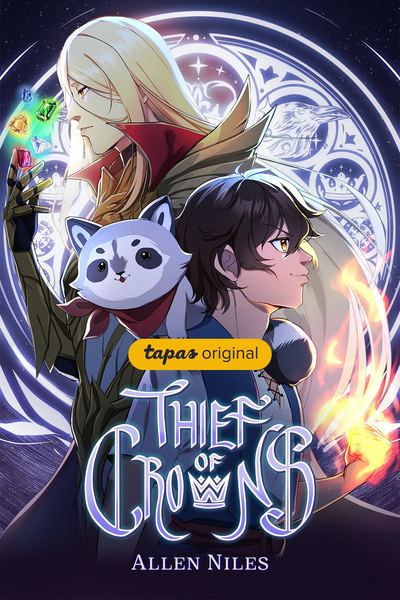 Emperor Cronos was born into luxury, ruling selfishly, insulated from the needs of his people by his wealth and magic. But upon his mysterious death, he’s reincarnated as Crow, a peasant child in a village that’s more poverty-stricken than he ever believed was possible. Luckily, Crow still has a gift for magic, but in this new world, magic is outlawed for the poor—and punishable by death.

Crow must beg, borrow, and steal, using the knowledge of the ruling class from his past life just to stay alive. As Crow’s mission oscillates between survival and vigilante justice, he’ll discover the darkest secrets the kingdom has to offer and be forced to interrogate who he once was if he wants to change his destiny in this life.
Subscribe 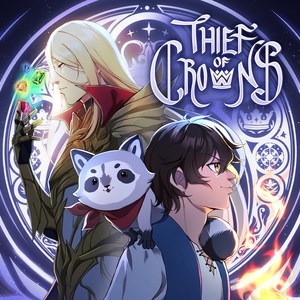