The bakery was decorated to the seventeen-year-old's liking as she looked around the shop. She and her mom had really outdone themselves. A beautiful chandelier hung on the ceiling as the sun's light reflected off its crystals. The desserts ranged from a delectable chocolate mousse cake to an aesthetically pleasing rose and pistachio cake, a masterpiece to behold for anyone who bought one for a special occasion. Working as an intern at her family's bakery was something Teagan enjoyed. It was making the desserts that proved to be a hassle.

A customer walked through the doors and smiled when she saw Teagan at the cash register.

Teagan smiled back. "Hello, Miss Simmons. What can I do for you today?"

The older woman with short silver hair looked around. "I'm trying to pick something healthy for my granddaughter. She's a picky eater, you see?"

Teagan sympathetically nodded, the springy coils of her black hair moving along with her. "Of course. Wait right here while I get it." She pulled out a breakfast muffin from the display case. "These muffins have Medjool dates in them. They maintain a natural sweetness."

"Thank you so much, sweetheart! My granddaughter loves your sweets so much. I just wish she didn't have a sweet tooth," Ms. Simmons joked.

Teagan chuckled. "It's no trouble at all, Miss Simmons. I'm pleased to help one of my regulars."

Miss Simmons gave her a puzzled look. "I understand it's none of my business, dearie, but I just can't let this happen to your store." She looked elsewhere. "Oh, perhaps I shouldn't be telling you this."

"Telling me what?" Teagan urged, her curiosity overpowering her politeness.

Miss Simmons gestured for her to lean in closer. "You didn't hear this from me, but there's a vegan bakery in town, and word around town is that it might be more popular than your family's..."

Teagan quickly collected herself, taking a sharp breath. "Thanks for letting me know. Can you give me the address to this place?"

Miss Simmons scribbled something down on a piece of paper and handed it to her. "You're welcome, darling. You best have a good day."

Teagan put up a sign on the door that read Creative Confections was closed for lunch as the clock's time read 12:30.

As soon as that was done, Teagan peddled as fast as her legs could carry her on her bicycle and stopped when she saw a rustic looking bakery named Colt's Creations, the place filled with people laughing and enjoying themselves.

Taking a glance at the paper to make sure the address was correct, Teagan discreetly strolled into the bakery's patio as she sat on a chair looking over the menu on each table. The menu had vegan pastries, ranging from cupcakes to churros to chocolate chip cookies, each item looking delicious enough to eat. Teagan had to stop herself from drooling over the various pictures of each dessert that she saw.

A few minutes later, a waiter walked up to her. "Can I get you anything to drink?" he asked, looking down at Teagan.

"Oh no, I'm fine, thank you," she replied, looking up from the table to the owner. Her eyes widened in recognition. "Colton? Is that you?" She stared at him, taking in his appearance. He was much older now and had a mature look to him. When they were younger, his face used to look babyish yet charming to look at, and his hair was in a faded bald style. Now, he still retained his boyish charm, but his hair had grown out, which caused him to have soft curly hair that complimented his face well. Too well...

"Teagan? Oh my god, it's been so long!" He welcomed her with a hug, causing Teagan to reciprocate awkwardly. He scratched the back of his head. "Sorry, I've just...really missed you. That's all."

"I've...missed you too," Teagan said with a hesitant tone.

"You've certainly grown since last time I saw you." He chuckled. "You're just as beautiful and charming as you were before."

Teagan looked away, not expecting the sweet compliment. "Thanks. You aren't so bad yourself."

"Bad enough that you're scoping out the competition to see how to imitate it?"

Teagan's nose flared. "Well, how am I supposed to feel when your family's bakery is getting more business than mine," she replied, trying to keep her emotions in check. She looked down at the floor, her anger quickly replaced by shame.

Colton sat down in the seat across from her. "How about this: you can watch how I work, learn from it, and apply those techniques to your shop."

Teagan looked lost for words. "Wow...I wasn't expecting you to be so understanding."

He edged closer to her. "Contrary to what you believe, Teagan, I'm not here to steal your thunder or your customers. My dad decided that he would build his bakery from scratch, and I've been working for him as an intern ever since."

He continued with a laugh. "Seeing how it's my dad we're talking about, I found it hard to say no." Colton paused, hearing Teagan giggle. "Seeing you here was a bonus as well," he finished with a mischievous twinkle in his eye.

"W-well—I—uh..." Teagan started but was interrupted when her stomach growled.

Colton covered his mouth to stop the chuckle that threatened to escape from his lips.

Heat flooded Teagan's cheeks as she wrapped her hands around her midsection. I knew I should've eaten something before coming here.

"There's a coffee shop not too far from here. Do you want to go grab something to eat?" Colton piped up.

"Why are you so nice to me? You should be furious after I came here. Most people would have called security." She couldn't help but question his motives.

Colton got up from his seat as he motioned for her to come along with him. "Because I want to see you improve, Tea," he said softly. "Come on, let's go."

Colton threw his head back, laughing. "That's nice to know."

Teagan looked away. Did I just say that out loud? She bit her lip. Maybe I should just shup up now. Teagan walked up towards him, eager to grab a bite to eat.

"Just so you know, I'm not going easy on you just because you're cute," Teagan said, jabbing her finger into his chest.

He winked at her. "Looking forward to the competition, Tea." 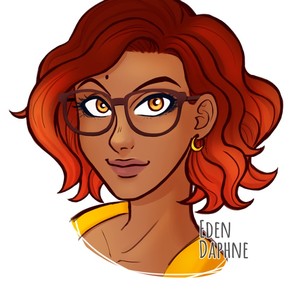 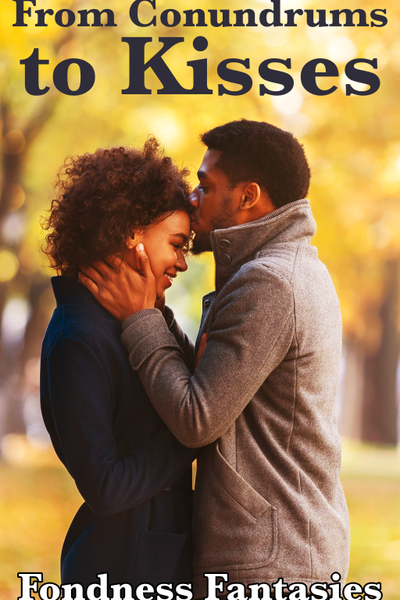 Teagan's beloved family bakery is struggling, and her fear of taking risks has them losing more customers by the day.

Enter Colton, a guy who is stealing her customers away but also could be the answer to her current predicament, whether she wants to admit it or not.

Teagan is infuriated... that is, until she learns that she and Colton are more alike than they thought. The more time she spends with him, the more the line between love and hate starts to grow hazier.
Subscribe 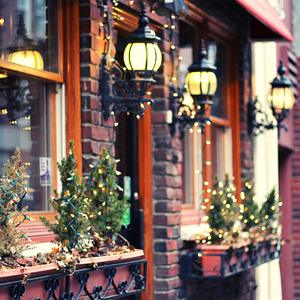