The stars were shining bright tonight, amidst the heavy rain and the dense clouds, you could still see them, shining ever so brightly. A massive storm was headed towards the capital, and though we couldn’t see it yet, the signs were evident. At times, especially now, the rain was oddly calming. A sense of peace and serenity was in my mind, I felt like I could fall asleep right then and there.

With everyone inside their homes, staying indoors with their loved ones or just by themselves, I often find myself staring into the sky, watching the rain pouring down from the heavens. The orphanage didn’t have much supplies left for the others here, so I was supposed to head over to the bazaar and purchase some supplies, but before I could do so it started raining, and I was advised to stay indoors.

Though, I could’ve just sneaked out and headed for the bazaar, but something was odd. It hasn’t rained down on our village this much in millennia. The director of the orphanage, Mrs. Kathan  told us that the heavens were weeping, so she advised us to just stay indoors for the meantime. Mrs. Kathan was a nice old lady, she looked to be around her mid fifties, and though she was strict with the rules and policies, she cared for all of us at the orphanage like we were her own children.

Honestly speaking, these days, I’ve been feeling terrified. We had heard news of a town by the border being ransacked, the royal family doesn’t care much for those people anyways, they just want more money and soldiers to fight their battles for them.

It made me sick to the core that soon some of us, myself included,  would be tested to see whether we were fit to be puppets of a country that doesn’t care about a single one of us. When I learned of this, I wanted to run away. Away from this cursed country, from this cursed land, but I couldn’t bring myself to do it. Where would I go if I ran away? Who would take me in? I’d just be another beggar on the streets, awaiting my death through sickness or through starvation.

That was the harsh reality of Hellas. Many from the other continents would think that it’s the perfect place, no problems and anything of the like— but little do they know that it's just on the outside. If only they knew what it was like here, what it’s like for those who can barely afford to survive on their own.

But of course, they’d never understand. Those born into power will only gain more power as their influence expands, leaving no room for those who can’t even pay for food; the upper class leaving the lower class behind. It’s unfair. It always has been.

The wretched sounds terrified me, what were those sounds?

Knock! Knock! “What the hell? Who could it be at this hour?!”

“Cael! Get out here!” The deep voice of a woman would startle me, her voice recognizable by anyone living in the orphanage— no, in the village in general. “It’s important! Really important!”

“What is it?” I’d say, opening the door; the creaking of the door echoing throughout the long hallway.

Huff.. Huff.. “I-I’ts a Deimos! We need to run Cael! We need to fucking run!” It’s obvious that she’s out of breath, but to learn that there’s a Deimos? Impossible. There’s no way they’d attack all of a sudden..

“R-Run!” The screech means that it’s calling for other Deimos nearby or in the vicinity, this could only mean one thing. “Cael! Hurry your goddamn ass up! We need to fucking run you imbecile!”

“I fucking know, Audrei!” We’d start running towards the nearby forest, in the direction of the capital. This is what Mrs. Kathan had taught us and had kept reminding us even when we were still little children.

Why the hell would a Deimos appear now of all times?! It just doesn’t make sense. It was just a peaceful rainy night, and yet… How did it turn to this?

The rain would patter across the ground, as we went deeper into the forest, the rain slowly came to a halt. In the forest were many animals, many of which we had never seen up close before. We had only seen these animals in the books left in the library back at the orphanage, so it was a wonder to see many of these different animals and creatures with our very own eyes.

“I see other survivors!” Audrei would say, rushing towards the others, tears filling her eyes. “Wait.. Where is everyone else?” She’d say, the regret and sadness heard evidently in her voice.

“They…  Couldn’t make it. It was too fast for the others.” A large man with ivory skin, and brown hair would tell us. “So…  it’s only me and Pollux left.”

“What about Mrs. Kathan! Did she make it out alive?!” I’d ask the two, as me and Audrei had very little time to check on what had actually happened.

A brief silence would fill the air, everyone was tense knowing that we had just been attacked by a Deimos, but I’m pretty sure we all knew, deep down, Mrs. Kathan would never make it out alive. No matter what she did, or what we did, she could never make it out alive. Sure, she could probably hold out against one of those things, but more than that and she’d be dead. Either left to rot as a corpse drained of blood, or she’d be turned into one of them.

“We should just move on. There’s no point with us staying here any further, it’d be too dangerous with the way things are right now.” Pollux would say, I was always intrigued with him. He was… Mysterious, as one could put it. I could never see through him nor could I ever see him be beaten when it comes to his swordsmanship.

“You’re right.” Audrei would say, nodding her head in agreement.

And so, we’d move on. The deeper we went into the forest, the more eerie it got, the tension in the air was rising and everyone had their guards up. It felt as if the forest was watching us— As if the forest had eyes. It was just a lingering feeling in the back of my head at first, but now it was more evident.

The footsteps were fast approaching, “What was that?! Did you all hear that?!” Ken would exclaim, as we all form a circle, covering each other’s backs in case of a monster. Then suddenly, “Oh.” We’d all let out a deep sigh of relief, it wasn’t anything serious.

“Just a little fox! Heh.” Audrei would pet the fox, and after a while, it’d run deeper into the forest, taking one last glance at us before completely disappearing neck deep into the trees and foliage. “Let’s keep moving guys! There’s no time to waste, we need to find the nearest village, and fast.” She’d say, as she collected some herbs and berries we could use to snack on while we were en route to the capital.

There was still rain. Even though we were covered by the thick trees and dense leaves, there’d be times where we could see the moonlight from small little holes where nature wasn’t there. The occasional rainwater had given us an opportunity for even the slightest amount of water, even if it wasn’t safe or clean, we needed it to survive.

A few hours of walking would pass, it’s the middle of the night and we had found signs of a pathway. It had been the first in the two or more hours we’d been walking since we left the orphanage. I’m glad that the Deimos hadn’t followed us, but I still had this lingering feeling in the back of my head, what if they had let us think they weren’t following us. Just the thought of it sent shivers down my spine, if that really were the case, then the area we’d be heading to would be annihilated by the Deimos as well.

After a while, and after many stops and breaks due to fatigue, we found a camp of people— travelers like we were. They were all grown men, wielding weapons and heavy armor at all times, always on their guard.

“Hey!” A mysterious hooded figure would shout at us from the camp, “There’s no point in hiding! I can clearly see the four of you!”

Ken was the first one to step forward, raising his arms up in the air, signaling that he wasn’t armed.

“Hey… Uh guys?” He’d kick the bush we were hiding in, rattling the leaves and blowing our cover. We’d all stand up, hands in the air slowly walking towards the group as they have their guard up—

Suddenly— The hooded figure burst out laughing, nobody could really believe that he was laughing in a situation like this, “Phew! That gave me a good laugh! I can’t believe you’re all raising your guards up to a bunch of fledgelings, who just left their nest!” He’d stand up from the tree stump he was sitting on and approach us. “Well, why are you so far away from your nest, little birdies?”

Pol’ would step up, his fierce eyes fueled with determination and grit, “Our village was overrun, sir.”

“Deimos.” The words he muttered left the group in shock, and enraged.

“Stop lying boy! Never joke about those damned demons! Never!” One would yell at Pollux, and yet— he remained as calm as ever.

“They were rabid demons, they attacked our village, Ialios; and the four of us were the only survivors.”

“Well, judging from your appearances it seems you’ve been on the run for quite some time now.” The hooded man would walk away and signal us to follow him into a caravan. “Rest. We are heading towards the capital, you’ll be able to seek refuge there.”

“In return, you will partake in helping us in our tasks as well. Cooking, hunting, cleaning, you name it.”

His back was turned to us, and yet, it felt as if we were safe with him— We didn’t even know his name, let alone his true motives but we all knew; he was a good man. He was someone we could trust. He’d exit the caravan, and head to the front seat riding the horses, and leading the group; he was the leader from what I could tell. It was painfully obvious.

“This… Isn’t so bad.” I’d say, sitting down- looking at the stars, and the beauty that is the night sky. Perhaps, it was fate that this all happened. Maybe it was the gods’ way of showing their fangs towards us— Even though we had just lost our home, our only family; and it seemed as though we were alone and had nowhere to go to,

Being here in this caravan, riding through the country and towards the capital, it isn’t all that bad. 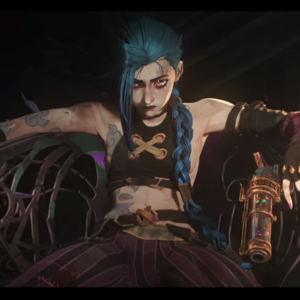 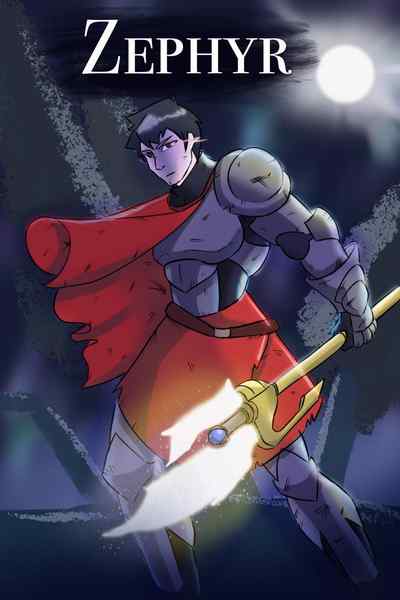 A tale yet told; A threat yet woven. The world at stake, many look to the gods and goddesses for protection, without knowing that they have been abandoned a long time ago.
The flames of humanity, slowly exhausting; From extreme calamities- to the descent of gods, goddesses, and even demons. what will humanity do to survive in this chaos-ridden world?
Subscribe 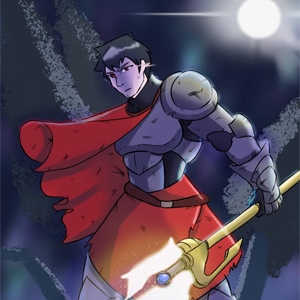