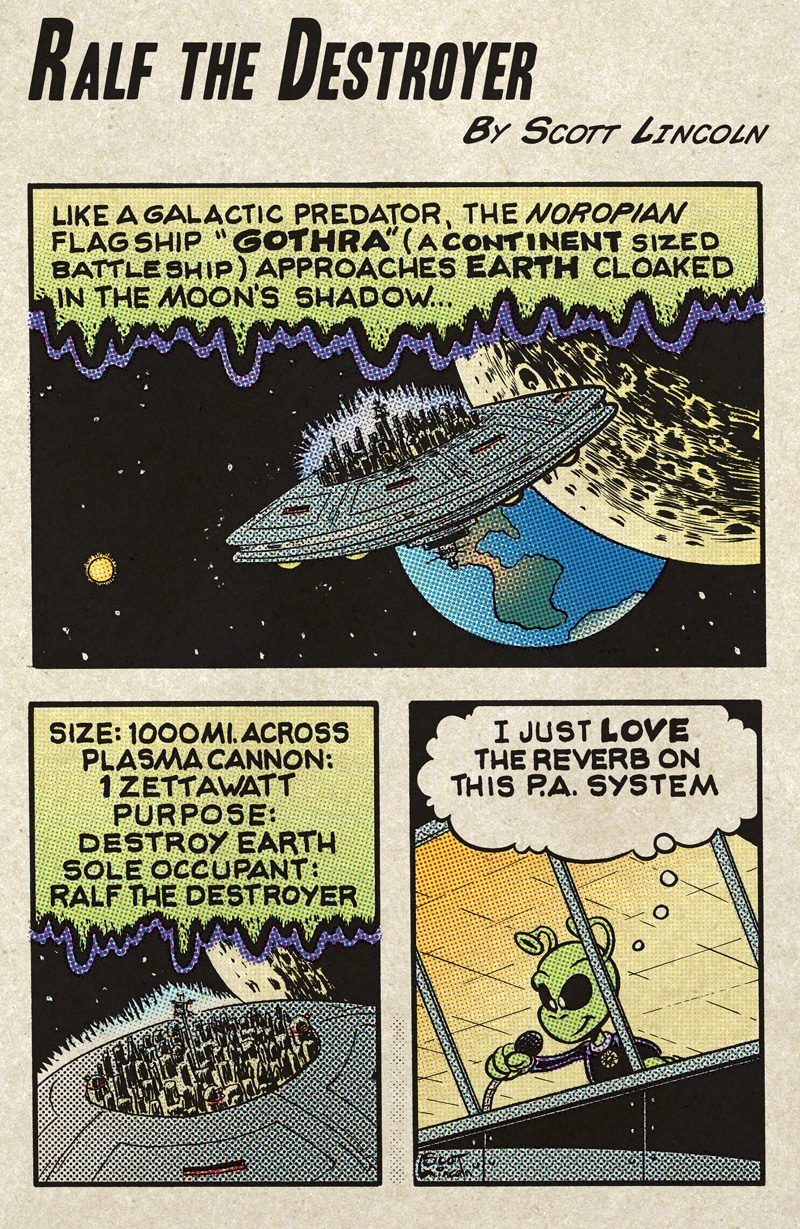 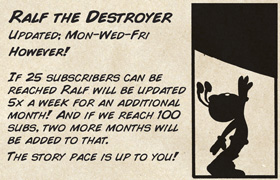 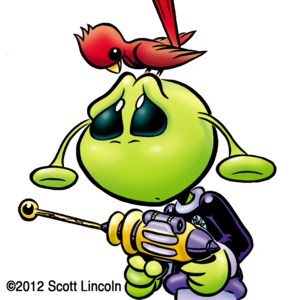 Ralf likes to make the most of his new job. 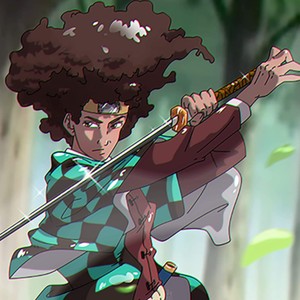 Like the art style people need see your comic more 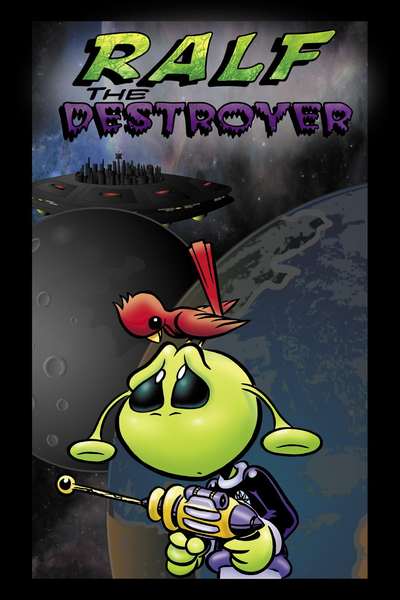 Meet the "Charlie Brown" of alien invaders. Ralf was hired by the TransGalactic Council to destroy the Earth. What they didn't know was that he's actually just a really nice guy and kind of a procrastinator.

Once on Earth, Ralf finds himself in debt and with a crush, as he is chased by a tenacious eight year old girl, a grifter with idle ambition, the Men in Black, and a giant assassin bug... all while stumbling into a love triangle as Earth's survival balances precariously on his conscience.
Subscribe 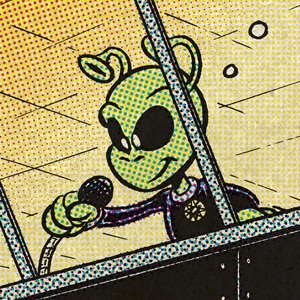