The year is 3021 a battleship flies throughout the galaxy swiftly. A gray and white short haired cat walked through the hallway. She wore a snug space suit. She is one of the officers of the pawster crew. The female cat's name is Arya. Arya reached the captain of the ship's room. She entered seeing Captain Funny sauce, a ragdoll cat.
Funny sauce had white fur with bright blue eyes.
"Captain sauce, we are approaching the new planet." Arya spoke up standing before the captain.
Captain sauce nodded, taking a whiff of his catnip since he was feeling a little tired. The evolved cat species would wiff catnip to get a burst of energy like humans get from coffee. "Excellent officer, go tell the rest of the crew to get ready to explore the planet. "Sir!" Arya saluted leaving the room.
Arya felt thirsty so she went to the ship's break room. She bought a bottle of cream from the vending machine. She drank the cream feeling refreshed. Arya tossed the bottle into the recycling bin. I can't wait to explore this new planet! I wonder if Oona would be willing to record our discoveries. Oona, a calico cat, is in charge of documenting pawster's missions.
Arya reached the office of Oona and she knocked on the door. "Come in." Oona sniffed while sitting in a chair. She was eating beef jerky. "Hello Oona, Captain sauce wants everyone to prepare for departure." Oona nodded, starting to pack up her equipment. “I hope this isn’t another one of those planets where we found nothing interesting.” Arya agreed, leaving to pack up her own supplies she needed to inform the rest of the crew still.
Arya was entering the hallway when she heard a message playing on the speakers. "All officers report to the Captain's quarters for recon orders." The voice was Demetrius. He was the ship's consular and he was in charge of resource management. His personality is intelligent,snooty and sarcastic. Arya didn't really know the tabby that well since he had transferred from a different crew with his coworker Moonpie. 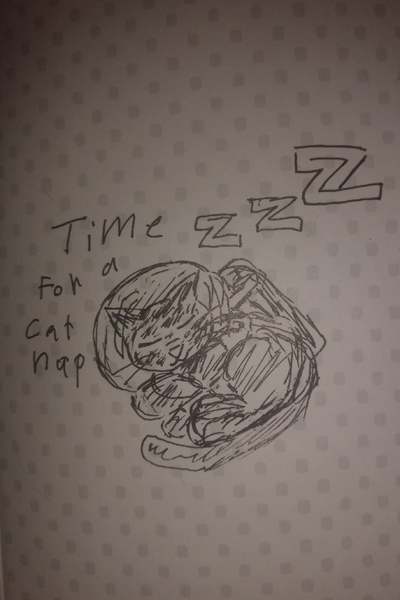 Evolved cats traveling through space they discover a unknown planet finding a hostel aliens after recognizing their lives are in danger they must escape before it's too late.
Subscribe 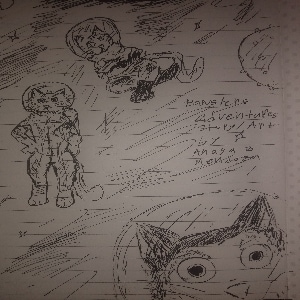