He punched the snow beside him as hard as he could. His hand felt cold. He wanted to beat himself up. He tried not to cry. The eighth human, suddenly, gave him a big hug. Brayden wasn't always a hug fan. But he could make an exception this one time. He let the eighth human hug him. They were pretty nice after all. They were many things.

Brayden laughed good-naturedly this time. "Thanks. Hey," He stared at them. "I'm sorry 'bout all that stuff before. You're not that bad. You saved me a hundred million times."

He stared at the bridge, then at the ravine. He decided he'd like the eighth human, instead of being a jerk because he was jealous of them. He didn't want to be like those mean kids.

Being the new kid was hard for Brayden. Until he was accepted into some group of 'cool kids' who were 'tough', like him. They liked to pick on 'weaklings'. They told Brayden it was 'cool'. Brayden wanted to be 'cool' - so his dad would stop hating him. Brayden and the 'cool kids' were hanging about in the playground and picking on random kids.

"Dweeb." one member of the 'cool kids' jeered at some kid who fell over. The kid limped away, looking sad.

He didn't really think so. He liked to tease people sometimes, and he liked fighting, but this felt... weird. But it was 'cool', apparently.

Brayden sighed. "I gotta go pee, I'll be back."

The group nodded. So he ran off to the bathrooms. On the way, he ran into the ballet-obsessed teacher's pet, Melody Trust. Her dark hair was in a very neat bun. She was wearing her infamous tutu.

"Brayden Valiance," she greeted him. "Why are you with the bullies?"

"Bullies?" Brayden grumbled. "They're not bullies. They're awesome!"

"They're jerks," Melody told him. "Bad kids. I really think you should ditch them."

"You're just jealous!" Brayden retorted, blowing a raspberry. "You only have one friend! I have TONS!"

"Percy Verance is my best friend, not my only friend," Melody said, frowning. "Look, all I'm saying is those kids you play with aren't really great friends. They're all insecure and they pick on others." She sighed. "Don't you get it, Brayden? They're cowards. If you hang out with them, you're one too."

"You're just tryna scare me!" Brayden yelled, making a face. Part of him, however, wondered if she was right...

Brayden stared at her for a bit. She walked away, biting her lip. He went to the bathroom and thought about what she said.

She's tricking me, he thought. She's the teacher's pet.

Brayden went back to the others. They were trash-talking him.

"Brayden is a loser, though," one boy scoffed, rolling his eyes.

"He told me he had a girlfriend in his old school." some girl giggled, blushing.

"HEY!" Brayden stormed over. "FAYE'S NOT MY GIRLFRIEND!"

"Oh yeah, she is," the girl protested. "You're always talkin' bout her."

The kids giggled. Brayden frowned. He hadn't seen Faye for ages. She'd left his old school ages ago and he never found out why. He missed her. She was really nice.

"Eh, don't worry, new boy," the biggest boy laughed. "Look, we still think you're cool. But we really wanna see what you're made of."

He grinned. Brayden looked up.

"Challenge, huh?" he asked, cracking his knuckles. He didn't back down from a challenge. And he liked proving himself.

"Beat that girl up," the boy pointed at some girl wearing a hoodie. Her face was hidden. She was sitting by herself on the grass. "Give her a bad time. Then you'll be really cool!"

"Cool!? On it!" Brayden yelled, racing over to the girl. He glared at her. "HEY! YOU!" She didn't respond. "Look at me!" She looked at him with grey eyes. She looked really sad. Brayden almost flinched. He got a bad feeling from this.

"I'm gonna beat the heck outta you!" he growled.

She sounded like she'd given up on everything. Brayden almost felt bad for her. He didn't really want to hurt her. She looked so sad. But what about his friends? He wanted to be 'cool', just like them. He scowled.

"I will not back down!" he yelled.

He clenched his gloved fists. The girl didn't looked scared at all. She just sat there, almost smiling. It was weird. People usually ran away or fought back. She wasn't doing anything. Brayden didn't like that very much. This felt so wrong. Brayden looked back at his 'friends'. They were giving him encouraging grins. He looked back at the girl. She still looked so... down.

He finally managed to punch the girl in the chest. He felt really awful after it, like he'd just killed someone. Why did he feel like this? He hated it so much. The girl didn't have anything to say about it. Brayden pushed her onto the ground as one final act of... he didn't know anymore.

He stared at the girl. She was just sitting there. Almost like Faye.

"Everyone hates me," she said dreamily. "I get it."

"I don't hate you!" Brayden argued. "I was tryna be cool like my friends!" She didn't reply. "Fight back next time, okay?! DOING NOTHING ISN'T HOW YOU FIGHT!"

He walked off. That was the last time he saw her.

Brayden gritted his teeth, eyes watering. He stared at his fists... the fists that had hurt the girl.

"You pathetic failure... just go on and climb up that mountain, where you won't bother anyone else."

"You ditched them," Melody said, sitting next to Brayden. "You did the right thing."

"Not true," Melody replied. She stood up, smiling. "How about you play with Percy and me?"

"And that's how we became friends." Brayden concluded.

The eighth human clapped with tears in their closed eyes. They started crying a little.

He sighed. The eighth human wasn't that bad. They weren't an enemy. They were just a smart, kind and brave child trying to help. Brayden hoped he could be more like them.

"SO MUCH TALKING! GAHH!" He stared at the eighth human, nudging them with his elbow. "Well, that was all about me. What's your deal? How about that nightmare you had?"

The eighth human shivered like they were seeing something. They shook their head and stood up. For once, they looked cold. Or even worse. They gave Brayden a sad expression.

"OH COME ON! YOU CAN TELL ME ONE THING!" Brayden spat, going up to them. They walked away. "HEY! I WON'T TELL ANYONE! I PROMISE!"

He nagged them all the way back to Sans and Papyrus' house. They didn't budge.

He knew in the end he had to be brave for others, like they were. And dang, he was going to try his hardest, just as determined as the eighth human themself. 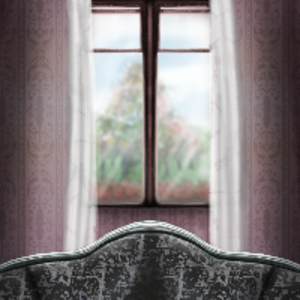 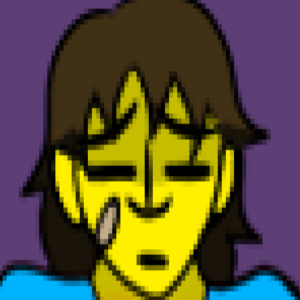