Relay. We have safely reduced the impact of the barrier. As your current status is safe from the life-threatening period. You may awake anytime from now.

"What a rough way to handle your new master, Janus. But kudos for your hard work. Thanks to you, I've survived the fall…."

Alice looked like she was mumbling all the words to herself. But on the contrary, she was communicating with the voice inside her head. One of the individuals who came dashing to her position was identified her as an invader, crying out his warning before she could even come clean to herself.

"Who the hell are you?! What business do you have in here?!!"

There was nothing more stranger than the person who stood right in front of Alice. Stumbled in pain lost half of her vision due to excessive bleeding. Her ears still tingled in between her ears without hearing the word spoken by that person who found her. Yet her instinct didn't stop her from approaching the person she wished to see the most.

Her hand was trembling. She was still trying hard to endure the tremor she had earlier on during the transportation in the portal to this world. Having absolutely zero clues about where she had landed, she wasn't sure if she had landed on the same land her parent wished her to arrive. Seeing someone who had the same face as the person, she longed the most, her hand trying to reach to his face for the very first time.

"Janus, please tell me. That person… It wasn't Kitler…Right?" Alice couldn't differentiate the man who showed hostility against her, composing himself in a defensive pose, fearing the threat coming from Alice.

Unknowingly, she stepped forward to get near to that individual that resembled the man she longed to meet. But her movement was stopped. As something already tucks into her chest, giving her a fair warning, stop and be still on whatever she tried to do to him. It was a shock, but she didn't want to believe the slight pain she had in her chest. Something sharp attempted to pierce through her chest, while she still lost in a sense, instinct carried her rationality away and kept on her pace to him.

"Stop wherever you are, invader. I don't know how did you get into this land, but I wished you no harm." The men speak his first sentence. The vocal, the penalties, it was like a dejavu to her.

"Kitler, it's me. Alice. What happened to you?" Alice tried hard on her attempt, even knowing what danger lay ahead of her.

The warning came with a severe offensive encounter if Alice tried to keep her way in. There was no promise that this young man would not harm her if she kept acting like this. The sharp blade in his hand entered Alice's right abdomen. Causing her to wake up from the shock and recover the sense of being injured by something. Which was nothing compared to her heartbreaking knowing the men she loved had made this decision.

"Kitler. Is this was some sort of joke? Or an act of revenge on me for didn't save you? Fine. It's okay. If this is what you want from me. I don't mind giving up on my life…."

She couldn't feel the sense of pain anymore. She already hurt more than anyone else could endure. Knowing her body would thud to the direction where the sharp blade pointed on her chest, the young man had a quick reflex and withdrew his sword away from Alice. For that short amount of time, he could hold onto Alice's body from falling hard onto the ground. As his blade was thrown far away from them, he couldn't comprehend her situation right now. Judging by the wound on her body, probably she had already lost her senses of pain while enduring the smash of the barrier she made contact with earlier.

He spoke out her name as soon he realized that Alice had already lost consciousness. It doesn't seem like he didn't recognize her. It was more like trying to avoid her question by giving her an unfamiliar-looking face. Hugging her tightly, he had pulled a deep breath. Knowing Alice had already landed in her homeland, he had released all his tension and stress. However, his demeanor became somewhat disturbed when she didn't have a pulse. Does that mean Alice already passed way beyond her limit?

She arrived safely in the land of Arcadia. Unfortunately, she still has to suffer a great number of injuries due to the penetration of the barrier set up by her mother countless centuries ago. 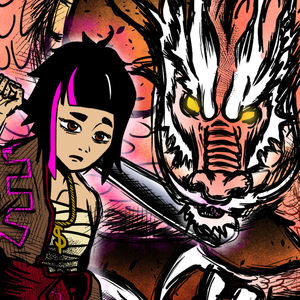 i've seen you around on the forums, but your other works have been too long so as someone without much free time i was put off from starting them, but now i've read one im really glad i did! 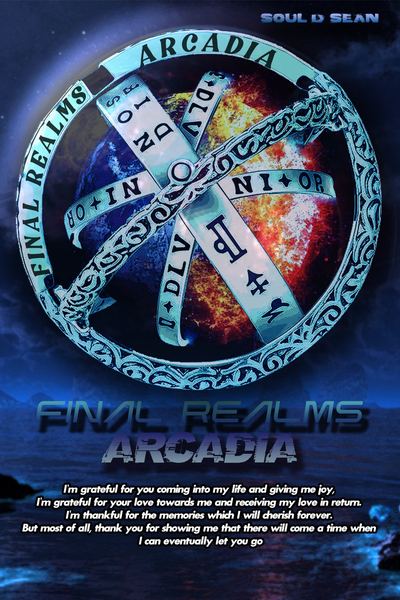 ARCADIA, a hidden realm across the sea of the universe. It was a place where time stood still and a forbidden realm where lives don't age, and immortality was their origin.

Alice, the daughter of the previous monarch of this realm. She returned to her birthplace in a mission to retrieve an archive that could help her save her beloved from death.

Along her journey in Arcadia, she had to undergo various trials to become the Queen of Arcadia to obtain the script locked in Arcadia kingdom forbidden library.

Thus, she begins to enthrone herself in a kingdom feared by every entity. Unite every Arcadian who possesses a dominant, unique, and far more superior ability than any celestial across this universe.

*This was a side story that focused on one of my sub-characters named Alice in the Final Realms series. Inspired by a YouTuber musician, Lindsey Stirling, I’d decided to write a story related to a music instrumental, violin.*
Subscribe 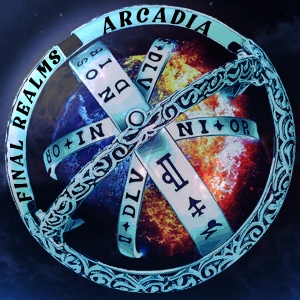