Early the next day, they all awoke quickly. Kayden had barely slept a wink through the night, he was so anxious. He made a cup and heard the other two rouse and made two more. He stared at the piece of paper and typed in the address on his console for a map. He downloaded it to his wristband as he sipped his coffee, and the other two had theirs.

“The story is—” Kayden started.

“Oh, Kayden, tell her the truth. If she has your daughter, she’s bound to find out the truth sooner or later,” Sian said as she put her cup into the sink.

“Article nine of the alien codex bars us from revealing ourselves to lesser species until they are deemed appropriate to enter into the intergalactic race index. We’d be breaking that article, Sian,” Kayden said.

“For God’s sake, she’s your daughter; she’s half Cyril. She’ll scare the life out of her family if you don’t first prepare them,” Sian said. Kayden went quiet as he looked at his wristband.

“If I told them and they freaked out and went to the police…” Kayden started.

“They’d take them for crazies, no one believes in UFOs…no one in higher society anyway…well, besides particular branches of governments—but that’s what we pay these counselors for,” Sian said, and Rio listened intently.

“I think she would understand. Maybe Felicia told her sister about you after all…she seemed to be upset when we told her your name,” Sian said, and Kayden groaned at the thought.

“She has to know something about your daughter,” Rio said after listening to them go back and forth. They all finished their coffee, and Kayden got to his feet and put on a new shirt with his black leather jacket with his medals on it in case he had to prove himself. He looked in his wallet and found his old driver’s license, which had long expired, along with a physical copy of his Guardian ID. He thought about it and then realized he could show her his mobile pictures of him and Felicia. 3D model holograms. He scrolled through his mobile and went into his favorites, and found the images of him and Felicia. He smiled as he saw the various images of him taking photos of them both, some where he snuck the camera in front of her and tried to hide. He chuckled as he saw her hide behind him when she had bed hair, and he refused not to take a picture of her. Then he frowned to himself when he realized he never once showed her the pictures and that they were 3D. He combed his hand through his hair, nervously wondering how he would go about it, telling her about his identity and finding out about his daughter. He was beginning to get nauseous to his stomach. He pressed his hand against his stomach and felt unease sneak in on him about the situation and what he would be doing with Jenny and his potential daughter.

“That’s it. I can’t take it anymore. We’re going,” Kayden said as he walked to the ship’s door and opened it. Sian and Rio ran after him in their human disguises they’d been in since the other night in front of Jenny. They walked the streets of Gresham, looking down every corner for possible threats. They twisted and turned down different streets until they moved into a peaceful neighborhood next to a middle school. They stopped at a light blue house with big shingles that was two stories with a big front window and white door. They walked up the porch together, which wrapped halfway around the house, and both Squires eyed Kayden as he just stood there staring at the door. After a few minutes passed, Sian cleared her throat, and Kayden flinched. Kayden struggled but eventually got the nerve to knock on the door. Kayden choked on his emotions as he knocked loudly. His insides were in a knot as he waited patiently at the door. An older man came to the door and answered, surprising Kayden. He had short brown hair and brown eyes, wearing pajama pants and a gray robe with black slippers.

“I’m looking for Jenny Asters. I’m Kayden Royal. I used to date Felicia Asters,” Kayden said with his hearts in his throat.

“Who are these two with you?” the man asked.

“My close friends and associates,” Kayden said. The man backed up and moved his hand to show them in, and Kayden ducked under the initial beam, which was just a tad short for him. The other two went in behind him.

“Have a seat, I’ll get some tea,” the man said, and Kayden bit his lower lip and sat down on the couch, which was low to the ground as he sunk into it. Rio sat next to him with Sian on the other side. Minutes passed, and the man came out with a tray, four teacups, and a kettle.

“I’ve got Earl Gray here; I hope you don’t mind,” he said as he poured for them and handed them each a cup and took one himself.

“I’m Thomas Asters. Felicia and Jenny are my daughters. Would you mind if I asked you a few questions, Kayden Royal?” Thomas asked. Kayden nodded as he sipped his tea.

“I read Felicia’s letters she left for the child,” Thomas said, and Kayden spilled his tea on his lap and jolted as it burned his groin. Thomas laughed, put his tea down, went to the kitchen, and handed Kayden a towel to dry himself off.

“You and Felicia had a daughter. Her name is Felici. She is five years old. She’s at school right now, and she doesn’t know about you. Only about what’s in the letters,” Thomas said, and Kayden trembled as he leaned forward.

“Felici? She’s…five years old?” Kayden asked as his hearts raced. He clenched his chest and blinked in disbelief.

“I’m sure it’s a lot to take in. When I found out I was a father, it took me by surprise too,” Thomas said. Kayden put his hands together in front of his face as he trembled and put the cup down where it clacked against the tray where Rio and Sian were patiently sipping theirs. Kayden just stared straight ahead as if in shock as the news settled. He had a daughter. The doctors were wrong. She was real.

“I assume your job took you away for all those years?” Thomas asked.

“I…After I lost Felicia…I lost my job and went rogue. I had no idea I was a father, or I would have stayed,” Kayden said as he looked down.

“She never told you?” Thomas asked.

“No…she did try and tell me something, right before she…died,” Kayden said, and Thomas dropped his teacup.

“Died?!” he demanded. Kayden looked him in the eyes and nodded as he flinched.

“Two thugs shot her…I killed them with my own hands. That’s why I lost my job, sir,” Kayden said, and Thomas covered his mouth.

“I tried to take her to my ship to heal her, but I couldn’t make it in time. I stopped the car just over a bridge…” Kayden said.

“That’s the last location we thought she was; we found blood in the car but no body,” Thomas said, and Kayden gasped as he covered his mouth.

“But I saw her die, Thomas…she died trying to tell me something, trying to tell me about Felici,” Kayden said as tears rolled down his cheeks and Thomas hunched forward, crying. Sian and Rio looked at each other and fretted. Kayden rested his head in his hand, now more confused than ever and overwhelmed.

“How did you and my daughter meet?” Thomas asked as he wiped his eyes. Kayden paused to think back for a moment before faintly smiling. 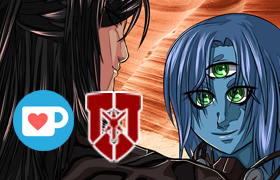 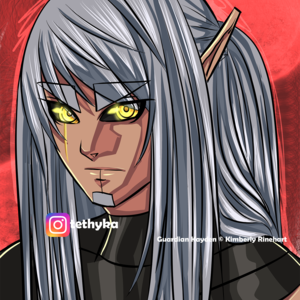 Kayden heads out to find his daughter after hearing that it was his lover's sister that tended to him while he was out. He has hope in his hearts his daughter will be there waiting for him but he's nervous as hell about how to approach her. 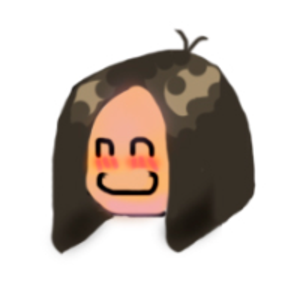 I'm literally going to cry in this episode. Poor father-in-law and Felici! 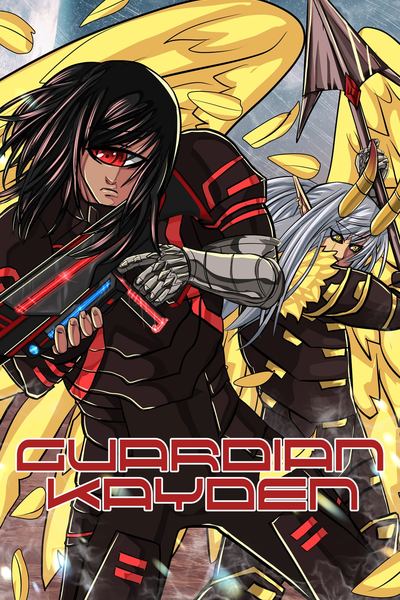 Kayden Royal is from a race of giant aliens who are intergalactic law enforcers known as Guardians, but he stepped away from the job after a tragedy. He works as a bounty hunter taking commissions to apprehend criminals. In a time of low recruitment rates, will he stay just a bounty hunter on the precipice of war? Does he still believe in the cause of a Guardian under that threat? Startling dreams and visions haunt him that question who he even is or what he is. They speak of him wielding strange abilities. Who is he? What is he really?
Updated every Friday & Saturday @ 10AM PST!
Subscribe 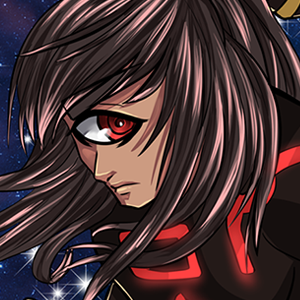