The next day I spent my whole day at work worrying and stressing about my meeting with Daniel. Of course, once I came home Matt wanted to know what was going on and I felt even more worried as I carefully explained it to him.

“Are you sure about this? It sounds kinda dangerous,” Matt said softly, snuggling up to me on the couch. Yuri was finishing his dinner while Scott was up taking a shower.

“I’m a werewolf, Matt, I can handle one vampire.” I smiled and kissed his soft cheek, cuddling him close. Mmhmm… So warm and seemingly fragile. It made me feel like the most powerful man in the world to hold him close. “And Yuri’s with me, plus we’ll just be talking.” Except for the blood thing.

“Don’t lie to the poor bastard,” Yuri called from the dining room table, his mouth full of steak. Matt frowned at me, raising an eyebrow. Great, thanks Yuri. I shot him a look. “What? Shouldn’t have become your mate if he can’t handle the truth.”

I sighed and ran a hand through my hair. “It is possible Daniel will want to suck my blood as a payment for giving me information and for letting me go to the vampire territory.”

“Suck your blood?” His blue eyes went wide with concern and fear. “Does that hurt? What if he kills you?”

“It doesn’t hurt.” Not at all, on the contrary actually. “And I’ll have Yuri to make sure Daniel will stop before he drains me.”

“Christ Reid, forgetting something? He’s your lover, he should really know.” Damn Yuri couldn’t give it a rest. I growled at him in my head and hoped he could feel how displeased I was with him through our bond. Probably not judging by the way he grinned and winked at me when he took the empty plate into the kitchen.

“What is he talking about?” Matt demanded scowling something fierce at me. It was quite adorable actually.

“Well, you see…” I started nervously, not sure how to explain.

Yuri beat me to it. “Getting your blood sucked is not painful, not a bit, actually it’s quite… pleasurable.” He grinned, stopping behind the couch so he could slap my shoulders in a friendly, not-so-friendly manner. “Downright orgasmic or so I hear.”

The expression of pure shock on Matt’s face made me turn around and try to slap Yuri, but he easily avoided me, since he didn’t have someone practically sitting on his lap.

“He’s exaggerating.” I rolled my eyes. Getting bitten during sex did send you flying, but otherwise… “I’ll probably get hard, but that’s it,” I admitted and felt my cheeks heat up as the words left my mouth. “But Yuri will make sure I don’t get... defiled, right?”

“Maybe, if I feel like it,” he said jokingly, but when Matt shot him a look, he went back to being serious. “I swear on my life I will protect him from that disgusting monster. Trust me, I will gladly rip the bastard's head off.” Pure hate and determination burned in his eyes, actually making me shiver. Damn Yuri could be really intense.

“And all this to try and get a meeting with this Baltazar guy? Who is a vampire clan leader?” Matt asked curiously.

“Yeah, he’s been refusing to communicate with us so hopefully he’ll listen to Daniel,” I said.

“And you need to talk with this guy because…?” Matt raised an eyebrow.

“Ah do not worry your pretty little head over it. There is no need for you to know too much,” Yuri said and it was anything but friendly.

Both me and Matt frowned at him but before I could tell Yuri to back off, Matt said, “Fine.” Then turned back to me and for the first time initiated a kiss when there was an audience in the room. It surprised me but I didn’t miss a beat, giving back as much as I got.

“Come back soon. I’ll be waiting,” he said softly in an almost possessive voice and then left me breathless on the couch. Fuck he was truly something. I licked my lips and got up. Yuri was already waiting by the door, bussing himself with his shoelaces.

The faithful hotel stood on the edge of the vampire territory. It was big and tall and fancy, probably the flashiest hotel in the whole of Alaska. Vampires just loved spending money on fancy things.

The receptionist stopped us, but when I said I was visiting Daniel she let me go without further questions. Which didn’t make me feel any less nervous. Yuri’s hand came down on my shoulder as we rode the elevator up. I was thankful for the touch and took comfort in his strong presence. Yuri would keep me from doing anything I would regret later… Because that was it wasn’t it? I didn’t want to cheat on Matt. When I promised Daniel my blood, Matt and I weren’t exactly a permanent thing yet. Now, this kind of thing seemed too intimate.

We didn’t even have to knock, as soon as we stopped in front of the door, it opened. Daniel was tall, six feet with a skinny figure now covered by an oversized black shirt and ripped jeans. His black hair and dark brown-green eyes were a big contrast against his pale skin. His heart was pounding slowly, too slowly for a human to survive which meant he came here without feeding.

“Don’t get your hopes up. I’m here to stop him from making any more stupid decisions,” Yuri said and pushed forward, making Daniel back away into the room. So tough. I smiled and followed him in. There was some champagne on the table, already open and half drunk.

I sat down on the couch, Daniel sat down next to me, while Yuri just leaned against the door, arms crossed over his chest, his eyes trying to burn a hole into Daniel. It was kind of cute, the tough mask of a bodyguard when I was the one with a monster living inside my soul.

“So, I suppose you know why we’re here,” I said, calm now thanks to Yuri’s ridiculously overprotective attitude. “We want to arrange a meeting between me, Alistair, and your cowardly leader.”

“Cowardly, huh?” Daniel sighed and filled himself a glass of champagne.

“Well, he’s been too scared to even take Alistair’s calls,” I argued.

“I told you this last time and I’ll say it again. I don’t think the mercenaries were Baltazar’s doing,” he said quietly, testing the champagne like it was some very expensive wine from a hundred years ago.

“Then why is he avoiding a meeting?” I frowned, crossing my hands over my chest.

“Let me tell you a little something about Baltazar…” he said and kicked his leg up so it rested on my lap. “The Baltazar you remember? The powerful King of vampires who made everyone quake in their boots? That Baltazar died a long time ago.”

“What are you talking about?” Yuri asked, frowning. “The Ghealach pack is well informed of all the business the clan has been doing. The past ten years have been calm and peaceful.”

Actually that wasn’t quite right. Until Daniel told me we didn’t know that there was a deal between Baltazar and Riah about expanding Silver Springs and making it into a big city.

“For the last fifteen years,” Daniel kept talking as if Yuri hadn't said anything, “Baltazar has been in an almost catatonic state. He suddenly stopped eating and shut himself underground.” What? That was hard to believe. Baltazar? The all-powerful vampire Master even Father respected? Daniel smiled, obviously enjoying our confused faces. “I guess the last few decades were a bit too peaceful. Maybe he’s having an existential crisis. We don’t know. But I doubt he would suddenly order mercenaries to go and kill wolves. Especially Bran…” 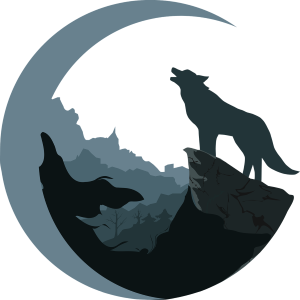