I left the bathroom, determined to ignore the question for now. I stopped in the middle of the bedroom. My eyes darted between the bed and the black laptop on the table. Although I could practically hear my tired body protesting, I sat down at the table and sank into the darkest depths of the internet. I read several legends about werewolves, such as the wolf Fenris or the Beast of Gevaudan. I also read a few articles on clinical lycanthropy, which was obviously a real disease when a person was convinced that they were turning into a wolf. Well, I really changed into one, Henry confirmed that for me...

In the end, I watched movies like Wolfman, the original Teen Wolf, The Howling, and many others. Mostly I just skipped from the bite to transformation and death. But none of what I found was like what happened to me. By the time I finally closed the laptop, I realized I was tapping my foot on the ground. It was back... The terrible restlessness but this time the familiar expectation came with it. Suddenly I didn't want to sleep at all... Adrenaline crept into my veins, my heart racing.

It was clear to me that I would change again tonight and no one was asking me if I wanted to or not. I didn't... I was afraid I would leave more bodies in my wake, but I had no choice. I could feel it coming for me. I got up and changed into my typical jogging outfit.

Before I left the house, I managed to check the time, half-past ten. Then, in a calm jog and with a hood over my head, I headed for the forest. It felt right to hide in the forest as far away from the fragile people as possible. Maybe if I got far enough, the Beast wouldn't even find the city... But before I could test this theory, pressure crashed into my body, sending me to my knees. My skin immediately responded with burning and unpleasant itching. Memories of the agony of transformation flashed through my mind, and for a moment I panicked. I didn't want to experience it again, but the Beast was already crawling out and I knew I couldn't stop it.

The bones in my body shifted, and I groaned in pain, the muscles followed quickly after, and they brought my poor body into a tangle of convulsions and simple agony. I managed to take off my hoodie, but the rest of my clothes got ripped to pieces. My hands gave under me as they shifted into an animal shape. Tears welled up in my eyes, blurring my vision. I felt every damn joint move and adjust to the new shape.

I wailed in pain, and the quiet forest absorbed my plea for mercy with the quiet rustling of the wind. I didn't understand why I was so sure the forest would protect me. It almost felt like a living being around me, its green canopies like a blanket hiding me from sight. I hoped I was truly protected since my biggest fear was that if a person saw me, death would be inevitable... And it wasn't my life that I was worried about.

Another burst of pain, this time centered around my jaw, which elongated horrifyingly and my teeth turned to fangs. I finally gave up and let myself drown in the sea of ​​pain. I succumbed to the agony and found strange excitement under it. In the end, the wolf wouldn’t be bothered by all these human thoughts of guilt and right and wrong… The tickling of the growing fur relieved the convulsions for a moment, but I had already withdrawn into the silent darkness and let the Beast replace me in the spotlight...

Although the black wolf almost trembled with anticipation, he lay still for a good few minutes. He knew that if he moved before all his muscles and bones settled in place, it would add a new batch of incredible pain, and there was a chance that something would go wrong. And that was enough to make him lie helplessly on the ground. The forest floor fed him with power and welcomed his return. Perhaps as a welcome gift, the breeze brought the smell of deer to him.

Finally, the Beast stood up, hunger in his amber eyes. First, he shook out his fur to chase away the last tingling left from the transformation, then he followed the thrilling scent of prey. The Beast made no unnecessary noises, he moved through the shadows soundlessly, his black fur the perfect camouflage. Yes, this was where he belonged, in the forest; shrouded by the shadows, where not even the brightest eye could see him. Soon the Beast came upon three deer grazing and sleeping in a meadow.

The shadows whispered to him that they would easily get him right to the prey, but that wouldn’t be fair... Not that the deer had any chance against him, but where would be the fun in that? He wanted them to run, he wanted them to be afraid of him, to desperately try to save their lives. A deep howl full of hunger and longing came out of his throat, and the deer fled, followed by a Beast they had never seen before. He didn't even have to run at full speed to catch up. He indulged in their fear, in their futile marathon to save their lives. He could kill them whenever he wanted, and yet he drove them across the forest for long minutes, just enjoying the thrill of the hunt. Eventually, the defenseless deer got tired, so the Beast simply grabbed one by the hind leg and broke its bone with a single jerk. The unlucky deer fell to the ground, and before it could even take its next breath, the Beast was already clutching its throat in his jaws.

The hot blood that flowed into his mouth seemed bland against the memory of the rich human blood… Still, the Beast was satisfied and dug into his catch. Each piece of flesh he swallowed seemed to feed him pure energy and joy. Hunting without me, pup? The voice made the Beast freeze, made him listen carefully. Are you trying to get rid of me? The Beast pulled his ears back and backed away as if it could escape the voice in his mind. You are mine! Come to me! No, he could not listen to him… He hunted without his Maker, the voice was angry with him. The Beast turned and fled, afraid of the voice's disappointment and anger. He didn’t want to feel the wrath of his Maker, he didn’t want to know that he had disappointed him. You want to play? Fine then… As you wish…

And so the Beast ran through the forest as fast as he could, knowing that his Maker would chase him and if he got caught… he would be punished. Tomorrow, my Lord, Maker, Father, my Alpha, Leader, God. Today I will suffer in an endless hunt, where I am the prey, but next time I will obey you… White Wolf Demon… 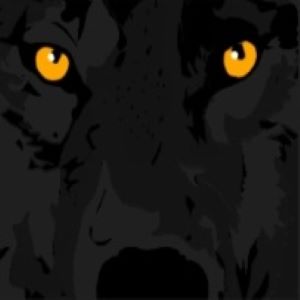