Lyrics of the Heart

The worst part of my day was falling down the stairs.

Don’t get me wrong, the entire day was awful, but that was definitely the worst.

I remember feeling hands on my back, shoving me towards the very steep set of stairs that spanned six floors. I heard people shout, some yelling encouragement for the person who pushed me, some crying out in fear for me. I heard someone yell, and they started running down the stairs, trying to keep up. I kept rolling and tumbling, the mystery figure barely able to keep pace, yet somehow managing to. The ground rose up to meet me, and I remember hitting my head on a step….and then I blacked out.

When I woke up, I was lying on my back in the infirmary. I tried to sit up and froze as my ribs shrieked at me from the pressure.

“Don’t move.” A gentle voice said, from nearby. I turned my head. A small boy sat across the room at a brown wooden desk. Between him and I spanned a white room, one I vaguely recognized from my many various trips there.

“Glad to see you’re awake,” The boy said, standing up.

“Who are you?” I whispered, and he smiled, his silver-tinted hair nearly hiding his eyes.

“My name is Silvio, I’m the current infirmary head.”

“Vesco was called back into the field of duty,” the boy replied calmly. “I was hired to replace him, I started last week.”

“You can’t be more than fifteen!” I cried, indignant. He sighed and walked over. As he got closer, I realized his eyes were also silver-colored, with weird shiny flecks inside them. But the most amazing thing about them was how cold and calculating they were.

He leaned down so I could see his face clearly.

“Do not make the mistake of thinking me a child.” He whispered, in a deadly voice. “I’m two hundred years old.”

He straightened up to his full height, hands on his hips.

I stared at him.

I live in a semi-magical world, where there are such things as angels and demons that walk among us. And no, they are not your normal supernatural beings. Because it’s confusing to tell them apart….we just call them ‘supernatural’. They are….well, the highest evolved race in the universe. Beings with the appearances of a human, but with the power of minor gods. (Or even major gods, but that’s a story for another time). And somehow, someone, somewhere, decided it’d be a good idea to pair up humans (like myself) with the supernatural. But only certain humans can get them, and it’s decided at birth. I’m not sure of the specifics, but apparently, the requirements are incredibly strict. Anyway, I’m not only one of the humans eligible for a supernatural partnership, I’m learning and training to take a job that is exclusive to those with supernatural partners. Magical Arts. The Magical Arts are divided into two categories - wizards and sorcerers, which is what I am. And of the sorcerer division, there are three subclasses: healers, fighters, and diplomats. I’m training to be a healer at Harlin’s School for Learning the Arts, a magical academy based in Hitsan. Other jobs have some varying degrees of magic usage, but supernatural partnerships are rare in those departments. After all, no one wants to work as a swordsman or an archer and have the added pressure of protecting a partner. Not that supernatural need protecting, of course. Being who they are, the supernatural are...well….jacked. The power difference between them and us, the humans, is unparalleled.

“So…..where’s your partner?” I managed, finally. He frowned a little.

“Aren’t all supernaturals who live in the human world required to have a partner?”

“That’s what was taught in class!”

“Whoever is teaching your class is mistaken.” He replied. “And I’m honestly surprised they’d tell such an untruth. There are many supernatural in this world who are not bound to humans. Of course, we cannot interfear with magical fights and such, since we have no ‘sorcerer’ to ‘hold us back’. Of course, in this school, compared to the number of supernatural/human pairs, seeing a supernatural on their own must be quite rare.”

“Yes. You see, being bound to a human has restrictions and rules to be followed. Among them, we have to obey our partner’s commands, something I absolutely loathe. Honestly, no one has taught you this yet? I shall have to talk to the principal and have him investigate the teaching staff. This is unacceptable.”

“Well….I….I’m a new student, I only started here two months ago. And….a lot of people don’t like me, so I try to avoid places where I can be picked on.”

“Picked on?” He asked, sharply, his eyes narrowing. “You’re being bullied?”

“Well…..during the first week of class….there was a professor who said all supernatural are angels.”

To my surprise, Silvio didn’t even bat an eye.

“No, because I happen to know this particular demon and his backstory.”

“HOW? He’s always been so cautious….and he told me never to tell anyone...we thought he’d be safe that way since people couldn’t see him and they don’t believe me….”

“Miss…..it’d probably be better if you allow him to explain.”

“Uh...okay. Speaking of which...where is he? And also, what happened?”

“You got pushed down the stairs by another student, someone named Honey. Your supernatural caught you, resulting in him getting seen as he was forced to override the ‘hidden’ spell to reach you in time.”

“Yes. You see, no one can see your supernatural in this world without those who are granted express permission. In this school, the only ones who can see the supernatural are you, any close friends of yours to whom you have granted permission, me, and the rest of the staff.”

“But you just said it required express permission? How can the staff see them?”

“You signed several forms before you came here, didn’t you? One of them granted the staff permission to see your supernatural. It’s required, you know.”

Just then, we heard footsteps, and the infirmary door opened. My supernatural poked his head in, and I smiled at him. His red hair was as unruly as ever, and he had the most beautiful fiery red eyes that reminded me of glowing coals, with just a hint of flame. His ears flicked when he saw me smiling at him. They were adorable ears - shaped like a elf’s and pointed upwards and outwards in a curious manner.

He came over and gently touched my forehead with his scaled hand. Sometimes, I wondered if he'd ever cut himself with the shiny red scales - the edges looked sharp.

“Been better….um...Mercury...this boy….he says his name is Silvio, the infirmary head, and he says he knows you.”

“We’re cousins,” Mercury replied. “Related on my dad’s side.”

“Yep,” Silvio said, crossing his arms over his chest. “I told you we knew each other, that’s why I wasn’t shocked when you said he was a demon. I’ve known THAT for years.”

“Asayis, you have to be more careful!” He scolded. “What if Silvio HADN’T known beforehand? Then we would’ve been found out, and gotten in trouble!”

“I see. So you explained our situation.”

“So now you understand why I hang out here all the time.”

“I know.” He replied, softly. Silvio sighed and shifted his weight.

“How did the conversation with the principal go?”

“He let me off easy...this time. He warned me that if it happens again both Asayis and I will be suspended for a week.”

“That’s….not good. If what Asayis says is true, and most of the students really do think she’s crazy and dislike her….”

“What else am I supposed to do?” Mercury demanded. “She nearly died today! If I hadn’t gotten to her when I did she would have bashed her head open and bled to death!”

Mercury sighed and shifted his feet.

“I’m getting worried.” He whispered. “Even with all my power, it’s getting more and more difficult to protect her.”

“Is that Honey girl the main antagonizer?”

“Yes. Everyone backs her because she’s popular.” I whispered.

“I see. I’ll speak with the other staff and see what we can do.”

“Mercury, if it’s this bad now, what do you think will happen when the Yule Ball comes?”

That was the biggest issue, and one of the reasons Honey hated me so much. The Yule Ball….the most admired and looked forward to event of the year here at Harlin. People came for miles to just stand outside and look through the windows, marveling at the beauty within. And that was the problem. Within my first week, the cutest boy in the school, Mikel, had asked me to be his date to the Yule Ball. The Yule Ball is a couples-only event, so it’s pretty hard to get in. And the fact that I was asked by the most admired and handsome student on campus….it all went to hell from there. Within the week, people were actually attacking me in the halls, and Mikel was put under all sorts of pressure to retract his invitation. And just a week later, under Honey’s influence, he did retract his invitation. But he didn’t offer to take anyone else, making everyone all the angrier with me. Especially Honey, who practically worshipped the ground Mikel walked on. And in this school...jealousy runs deep.

“I don’t know what to do,” Mercury admitted, self-consciously. “I want to protect her, but this whole situation is reaching a place where I can’t interfere and my powers are useless. I’ve tried speaking with other supernatural, but they either ignore me or laugh at me, despite my best attempts.”

“I see. Let me see what I can. In the meantime, why don’t you take Asayis to go get some food? She’s been asleep all day, so I’m sure she’s hungry.”

“Thank you, Silvio, for saving her.” He whispered, and Silvio smiled.

“You okay?” He whispered, and I nodded.

“Yeah. Are you? You got in trouble because of me….”

“I’m fine. It’s my job to protect you.” He whispered, stroking a loose strand of my hair behind my ear. “Don’t EVER feel sorry for that.” I looked up at my supernatural, losing myself in his ember eyes. But then Silvo’s frozen glance caught my attention.

Silvio scowled beyond Mercury’s back. He seemed….angry…..all of a sudden.

Mercury took my hand and noticed my gaze was elsewhere. He looked at Silvio again, who immediately smiled, hiding the sudden look of anger I’d noticed.

“Get going. I’ll keep you updated.”

Mercury pulled me out of the room. 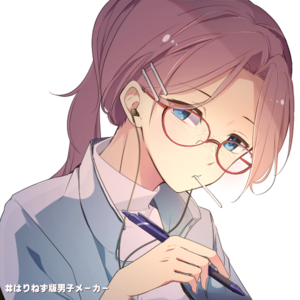 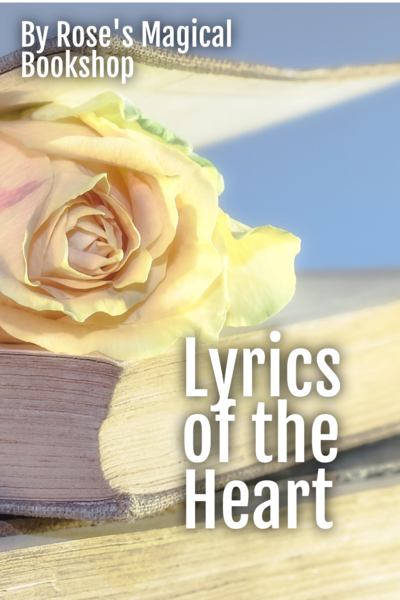 Lyrics of the Heart

Do you like stories with wild twists? Or ones that deal with magical adventures, romance, and creatures of all kinds? Then this is the story for you! Follow Asayis as she journeys from the world she thought she knew into one so different it might as well have been created from... magic.
Subscribe 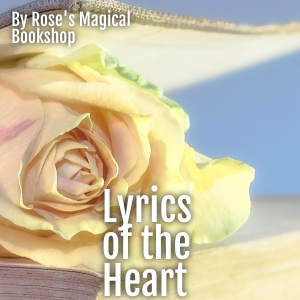