Tolling of the Deep

The moon hung high in the sky over the ocean, a clear, beautiful night above the sea. Six days after setting out from Anvil Island, Matchlock arrived at her destination, the stretch of ocean Aviva had marked out on the map.

In silence, she sailed back and forth, crisscrossing the chart, but she could turn nothing up. She was too close to the Edge of the Map for real comfort, and she considered approaching to investigate, where better to hide an island than a stretch of ocean no one will visit, after all, but thought better of it, returning to her hunt.

For hours, she searched up and down the stretch of ocean, but nothing turned up. No islands, no reefs or sandbanks, nothing. This part of the ocean was entirely deserted.

She paused her sailing for a moment to consider the legends she had heard. The myths told about a fantastical island of invention in the North-East corner of the world, which appeared only at night. They told of being shipwrecked upon it, of being assisted by automatons the likes of which they had never seen, and being sent back to a world which would not believe their tales. Perhaps they really were just tales, and she had been taken for a fool.

As she pondered, the ship began to shake, and then to rise into the air. She leapt to her feet and looked about, finding a massive copper dome rising up beneath her very feet, water cascading off the sides. She had come to a stop right above it, the boat perched upon its top.

As she stood there, considering her options, the dome split down the middle, folding down to either side. She leapt away as the boat dropped, sliding down the side and into the water, landing with a splash.

The dome folded down into a flat surface, allowing Matchlock to clamber onto land, surprised to find dirt beneath her feet. Had it been placed here, or was this dome built around a real island?

Rising to her feet, Matchlock was shocked to find herself surrounded by trees and foliage. How they were flourishing underwater, she had no idea, but they weren’t the only things. Birds soon took to the sky, filling the area with their song. Chipmunks chittered in the trees, and rabbits rustled by past her feet.

She had expected the island to be much more mechanical, and instead found herself standing in a tiny haven that had been hidden beneath the waves, about the size of Sanhi.

But these animals weren’t the only thing populating the island. Before she could find cover, Matchlock was approached by two towering copper automatons, bulky, squared things in a vaguely humanoid form, their long arms reaching nearly down to the ground, a rectangular head with two piercing red eyes gazed down at her. Through gaps in their plated armor, she could see huge gears turning to make them work, and occasional bursts of steam issued out from their shoulders.

“Name and business,” one of them demanded in a deep voice.

“Matchlock,” the sniper crossed her arms, holding up her bag of money, “I’m here to buy something.”

“Very well. Come with us,” the automatons instructed, marching towards the center of the island. With no better options, Matchlock followed. All about her, other automatons were active, from others like these guardians, to mechanical animals.

Here and there, mechanical boars wandered about, uprooting bushes and transferring them into a tank on their back, where they were converted into green liquid. Accompanying them were machines like tigers, armed with dangerous metal fangs and claws. They turned to face Matchlock as she passed by, single huge, red eyes gazing at her unsettlingly.

Soon, Matchlock was brought to a massive mansion in the center of the island, set on a small island at the center of a lake. As she watched, the automatons pulled on two levers, and a bridge extended out across the water.

The machines brought Matchlock to the front door and left, allowing her to enter on her own. The sniper pushed the door open and found herself in a cozy foyer, ample seating, with a huge fireplace at one side, a display case containing a huge clockwork machine at the other. A pair of curved staircases extended from above, reaching down to the floor. As the door shut, a bell just next to it rang, eliciting a response from somewhere within.

“Oh! I’ll be with you in just a moment!” a female voice called, so Matchlock took a seat on one of the many couches, drying off in front of the fire.

Soon, Matchlock’s sharp ears caught someone entering the room, and looked up to find a tough, dark-skinned woman in a set of brown overalls and a white shirt looking down at her, a pair of goggles on her forehead, her long black dreadlocks kept back by an orange bandana. She was covered in grease, and carrying a huge wrench with her.

“Not every day I get visitors,” the woman grinned, sliding down the railing to meet Matchlock, “even rarer I get one as pretty as you! What’cha need?”

“I am here to buy a gun,” Matchlock explained, rising to her feet. She was about a foot taller than the woman, “my sniper rifle broke.”

“And you came to get the best replacement money could buy, eh?” the woman nodded, “well, you’ve come to the right place! I’m sure I’ve got a rifle sitting around somewhere, I can get it ready for you, nice and easy!”

“What’s yer name, yer story? I don’t get visitors much,”

“I can’t imagine why,” Matchlock deadpanned, earning a chuckle from the inventor, “I am Matchlock, I-”

“That can’t be yer real name!”

“I am part of the Cherry Ransom pirates. I am here for a gun,”

“You mentioned that,” the woman scratched her chin, “y’bring yer friends?”

“Well, you are more than welcome to stay here as long as you need,” the woman grinned, “I’m Rammi, I invented everything on this island.”

“Now come on, you gotta tell me your real name!” Rammi urged, “can’t go making something for a stranger, can I?”

“Will you tell me what island you came from?”

“Tall, dark and mysterious,” Rammi nodded, “just my type! Stay as long as you need.”

“Thank you. My boat is broken,”

“I noticed. It landed on my house,” Rammi crossed her arms.

“The big guys who brought you here,” Rammi explained, “call ‘em blockheads, coz they got a head like a block.”

“Anyway, you’ll get used to havin’ them around,” Rammi held her hand out, “I’ll take the money, please.”

“When I have the gun,” Matchlock held the bag back.

“Thank you,” Matchlock nodded, “where will I stay?”

“Y’see the size of this place? I don’t need all o’ it, y’can stay anywhere you like, just not in my room,” Rammi quirked an eyebrow, “unless…”

“Why build it if you do not need it?” Matchlock ignored the suggestion.

“Ah, cause it’s somethin’ to do. Always wanted a mansion when I was little,” 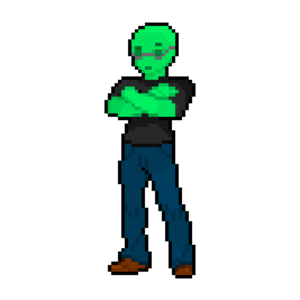 If you enjoy steampunk or clockwork, this arc is a specific attack against you. Yes, you, Samantha. I know who you are, I know you read this and I know you like the aesthetic. This is a personal attack on you.

That'll freak someone out eventually, yeah? 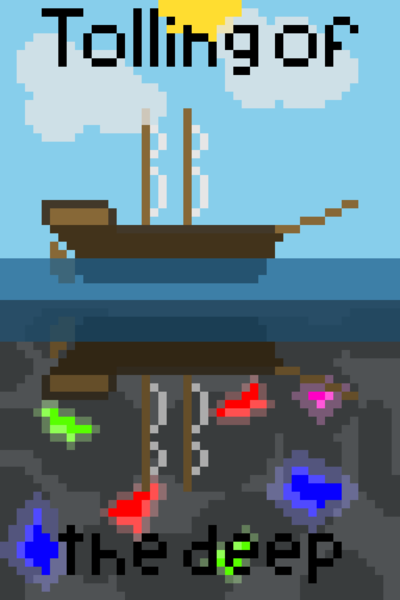 Tolling of the Deep

Since the dawn of time, an assortment of islands and violent whirlpools have dwelled at the heart of the world, supposed portals to a new world, filled with untold riches just waiting to be found.

Self-styled Captain Aviva Zollo grew up on Anvil Island, hearing stories of her grandfather Brek's life as the legendary Dread Captain Silver. Taking nothing but a handful of supplies and a lone rowboat, she sets out for Avarit Island with a plan:
Buy a boat, assemble a crew, and enter the history books by finding the treasure on the other side of the Whirl Islands.
Subscribe 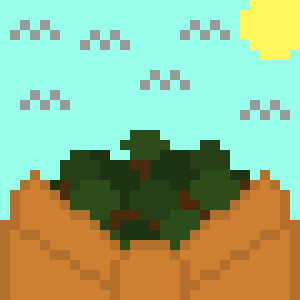