The words Axis spoke and the way he treated Cal kindled a flame inside of Sigal, a kind of rage unknown to him. While he had undergone that emotion before, it felt different; more intense but also more painful. He fixed his gaze on the criminal, a murderous intend glowing in his eyes. “Step away from him.”

“Woah, so scary.” Axis mocked with a grin on his lips. “I even was so generous and let him say goodbye to you.”

It took every ounce of Sigal’s willpower to not make any moves, but he clenched his restrained hands into fists, bursting with fury. “Step. Away. From. Him.”

“You are in no position to make any demands, Mr. Investigator,” Axis remarked before he stopped the malicious act of playing with Cal and put his gun away. Then he turned to Cal and said, “Look at your partner. He is trying really hard right now and that only for your sake. Isn’t that a sight to behold?”

“Let him go…” Cal squeezed out between quivering lips.

“Are you so worried about him? Are you scared he will get hurt?” Axis questioned. “You see, the only reason he is here is because of you. Your selfish actions brought this about, little brother.”

“Cal! Don’t listen to him! This is not your fault.”

Axis chuckled as he briefly glanced at Sigal, but then he crouched down to Cal. He grabbed his hair and lifted his head, gazing into his eyes. “It is always your fault. Everyone who gets involved with you is doomed to die.” He lowered his voice. “Starting with your mother.”

“Oh, that’s right! You didn’t know, did you?” The corner of his mouth lifted into a terrifying smile. “Your mother didn’t commit suicide. We killed her because of you!”

Axis let go and got back up, while Cal let his head drop.

His body trembled as he stared on the ground with eyes wide open. W-what did he just say?

The curtains had been drawn shut, only the soft sunlight shone through it. It had been in the middle of the day and all that could be heard from the dimmed room was sobbing.

Little Cal startled awake from his afternoon nap. He rubbed his eyes and blinked a few times as the sobbing traveled all the way to his room. “Mom?” He sleepily got up and tottered after the noise which led him all the way into the kitchen.

A woman in her late twenties sat on a chair. Her arms rested on the table, and she had her head buried in them.

“Mom? Are you ok?” Little Cal walked in while he rubbed one of his eyes once again, still not fully awake.

At the voice of her son, she immediately lifted her head and wiped the tears away, putting on a smile. "Yes, my dear. Why are you awake?”

“I had a nightmare.” Little Cal replied, “But why are you crying? Is it about dad?”

The woman looked at him with a pitiful expression, but then said, “Come here.”

He nodded and walked up, taking a seat on her lap. He lifted his right hand and wiped the remaining drops of tears off her cheek. “Mom, I will never leave you. I will stay with you.”

She nodded with a kind smile. “I know.” She pulled him into a warm embrace. “And I will always be by your side.”

Then she loosened her grip, and her eyes met her son’s. “Rhys, do you know what your name means?”

“It means passionate. People will be drawn to you and love you,” she explained, “Never forget that, okay? You are a wonderful child and I love you more than anything in the world.”

Little Cal stared at her for a moment, but then a smile appeared on his lips, his teeth showing. “I love you too, mom!”

Rain splashed down, the wind blew wildly like a ravaging ferocious beast, plunging the whole sky into darkness.

Little Cal stood in the halls of his school, staring through the window. Mom, where are you?

He watched the rain pouring down, while he waited patiently for his mother. As the minutes went by without any sign of her, he grew worried. All the other kids had been picked up by their parents a while ago and only he remained. Suddenly, his teacher walked up to him. "Rhys, please come with me.”

He whipped his head around and glanced at the woman, but then followed silently. As they reached the teacher’s lounge, he caught a glimpse of a tall man and beside him stood a young woman, both clad in expensive attire.

Little Cal stopped in his tracks, his expression full of uncertainty. “Why is dad here?”

The teacher crouched down in front of him and said, “Rhys, something happened. Your mom had an accident.”

His eyes widened. “Is she okay? Where is she? I want to see her!”

“Your dad will explain everything to you. He is here to pick you up.”

The tall man walked over and squatted down. “Calm down. Everything will be fine, I promise.”

Little Cal shook his head as tears rolled down his cheek. “Where is my mom? I promised to never leave her. Bring me to my mom!” He cried bitterly.

“It will be fine, my son. You will understand in time.”

Uncontrollable rage surged up inside of Cal. “You killed her?” He glanced to his right, where the knife he dropped before still lay on the ground.

“That’s right,” Axis said as he walked back to where he sat before. “She was too stubborn and a nuisance. It had to be done.”

“You will pay for this!” Cal straightened his back and then whipped his head backward to smash the back of his head against the man’s face who restrained him.

Startled, the bulky man loosened his grip on him and Cal broke free. In a hurry the man tried to grab after him, but only grabbed his sleeve and Cal slipped out of his jacket. He darted to his right, grabbed the knife and dashed back at Axis. “Die!!” 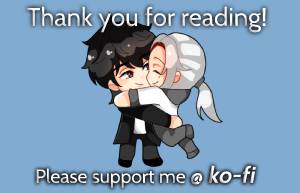 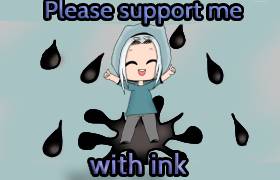 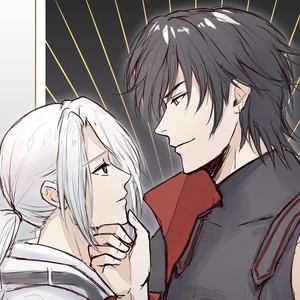 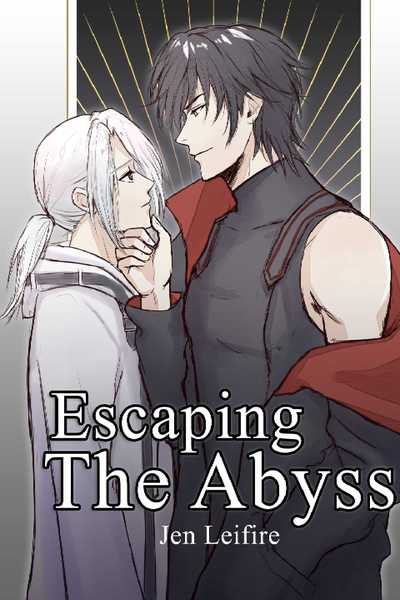 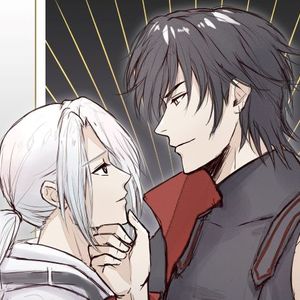