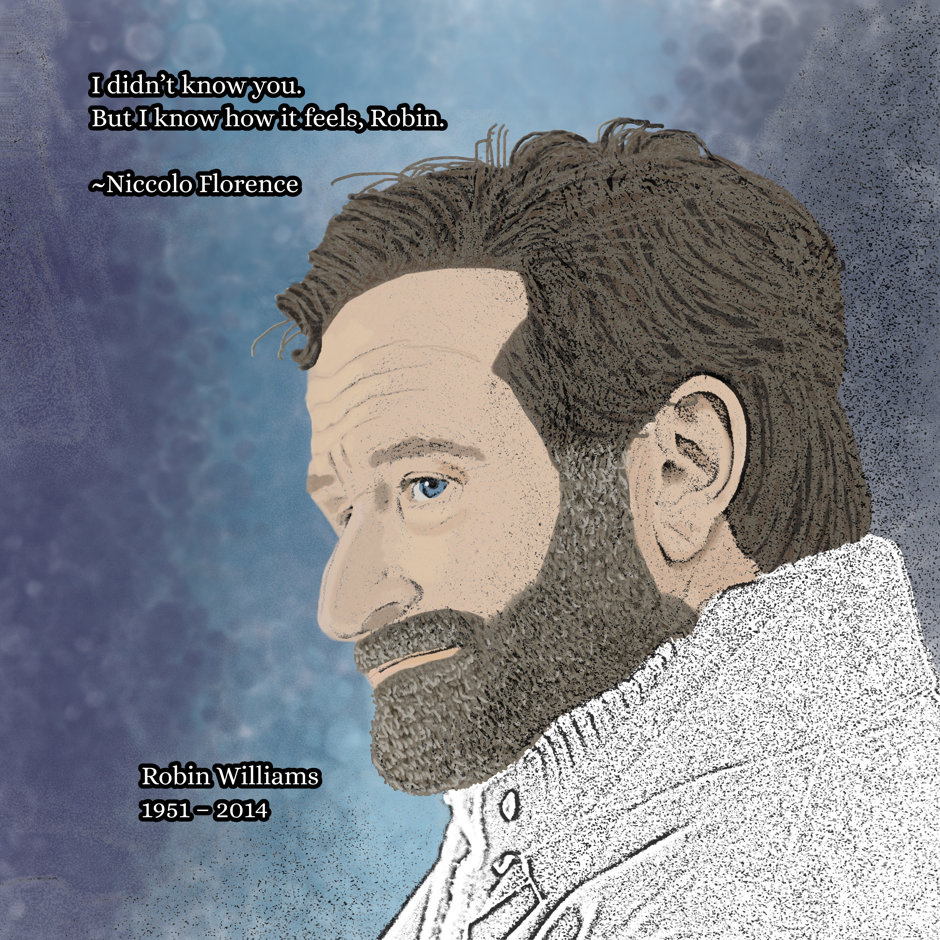 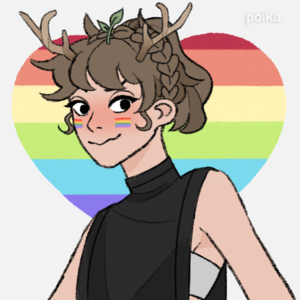 This was originally drawn and published about a month ago, when the news was still fresh.

You've probably already heard? Robin Williams died by suicide yesterday. Immediately people started speculating: Robin hadn't realized at first how much he'd sold his privacy, and the costs of fame took their toll on him. He was backsliding into previously conquered territories of depression and addiction.

I dunno, I'm still a little stunned. I'm not often this affected by the death of celebrities -- usually I'll feel the vague twinge of empathy; his family must be having a hard time, trying to grieve and dodge interviewers at the same time -- but usually I'm selfish enough that most of what I feel is disappointment that they won't be making any more art. (Or worse, if I wasn't a fan of theirs, I have the gall to feel nothing.)

I think what might be different in this case is that I didn't just watch a lot of Robin Williams' movies or read a lot of his interviews. Or the adorable videos of him playing video games with his daughter Zelda, or meeting Koko the gorilla. I think what really gets me about this is the suicide. I feel something similar every time I learn of someone who commits suicide -- because we were once comrades, even if we didn't share the same foxhole.

You can also get the original source files and exported images at the Internet Archive -- https://archive.org/details/Robin-Williams-tribute--by-Niccolo-Florence

ikr :( he was so amazing. I'm a very apathetic person normally, but that hit hard. He was a legend. 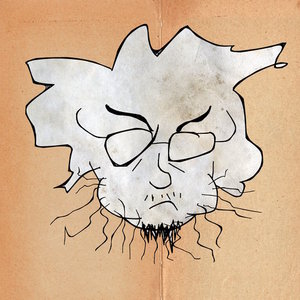 Unless noted otherwise, Cure For Nightmares is published under a Creative Commons Attribution-ShareAlike 4.0 International License. Meaning basically that you’re free to copy, share, and remix this work, for any purpose, as long as you credit me as the source and “share alike.” See http://creativecommons.org/licenses/by-sa/4.0/

Reposts and remixes of these works should attribute Niccolo Florence and link to curefornightmares.com.
Subscribe 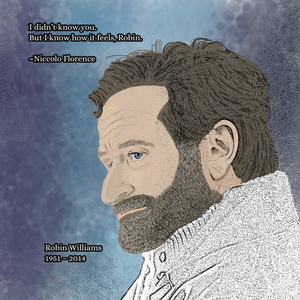