In my line of work, there’s a fine line between being merciless and being efficient; I happen to be both. Slowly, I unsheathed my sword, watching the moonlight reflect off of the blade. My devilish grin widened as I approached my victim.

His name was Cargill McGillian. He was rich, snobby, and he kept slaves. Each member of his family had personal servants and treated them like stray dogs, abusing them whenever they had the chance. The worst thing about him was that he was one of the roaches on the Royal Council.

As I stood over his bed, I couldn’t help but wonder: how did he sleep so peacefully when he was responsible for the poverty in the capital? I pressed the cool, metal blade against his neck and his eyes jolted open.

Shit. In one quick movement, I mounted him, pinning his chest to the mattress. Before he could lift his head, I held my sword across his throat.

“Scream, and this sword will slice through your neck faster than you can say Erratath,” I seethed.

The man nodded, swallowing the nervous lump in his throat. Slowly, I pressed the blade against his skin. Not deep enough to kill the man, but just enough to draw blood. I watched with a twisted joy as his eyes widened in horror. Blood rolled down his chest, and onto his white nightshirt.

“Any last words?” I whispered.

“W-why?” he choked. I could feel his heart beating frantically under my palm, and he was sweating profusely.

“Someone wants you dead, and they hired me to do the deed,” I answered.

Cutting him off, I sliced through his windpipe. I got off of his lap, watching him choke as his own blood spewed out of his neck. The sound of blood gurgling out of his mouth continued as I wiped my blade on his stark, white curtains. When I looked back at Cargill McGillian, his eyes had lost their shine and his skin had dulled.

“Well, good sir, it was nice meeting you, but I have to go now,” I said, opening his bedroom window.

I pushed myself off of the second-story window, landing the fall with my hands in front of me. My palms stung as they collided with the gravel but I disregarded the pain. Standing up, I ran into the forest behind his house.

Asgard had been waiting patiently for my return, bound to a tree on the edge of the forest. I mounted the stallion and stroked his sleek, black fur before grabbing hold of his reins. Promptly, I kicked the stirrups twice, and we sped towards the mountains of Mistorne.

As Asgard and I walked into the stables of the guild, I spotted Noctis sitting on a stack of hay bales, hiding his face behind a book.

“Hey, bookworm,” I snapped. Noctis looked away from the pages, a puzzled - and slightly shocked - expression on his face.

“Take care of Asgard’s tack, will ‘ya? I’m going to find him some food and water.” I waited until Noctis nodded before leaving the room to get fresh oats.

When I walked back into the barn, Asgard was in his stall and Noctis’ nose had found its way back into his book. Carefully, I hung the oat-bag and water bucket on the door of the stall. Asgard whinnied happily as he gobbled up the oats.

Noctis grunted, acknowledging that he heard me. I turned back to my horse and tenderly stroked his neck, the black fur sticking onto my sweaty palm.

As I wiped the horse hair onto my pants, a deep, male voice startled me, “How was the mission?”

I already knew who it was; his voice gave it away.

“It was a success. Well, at least for me it was. The victim, not so much,” I replied, a smile spreading across my lips.

Even though I wasn’t looking at him, I knew he was smiling; I could hear it in his voice.

“I slit his throat, the usual,” I explained, finally turning around to face the assassin.

“The usual?” he chuckled, his ice-blue eyes lighting up with joy. I watched as he tried to fix his messy, black hair. He gave up when his hair stuck up in the same position it was in before.

“Why are you laughing at me?” I inquired defensively.

“I suppose we aren’t,” he sighed, letting another small chuckle escape his lips.

“I can walk you back to your room if you’d like,” Aspen offered, walking towards the stable doors.

“Okay, I’d love to have some company,” I agreed, giving Asgard a quick pat on the nose. I hurried to catch up with Aspen as he walked out of the barn doors.

“Goodnight, Brynn!” I heard Noctis shout after me.

“You too, Noctis!” I hollered, unsure if he heard me.

Aspen and I walked in an uncomfortable silence until we reached the entrance of the guild. The assassin fumbled around in his pockets, sighing when he couldn’t find what he was looking for.

“Damn. Did you, by any chance, bring your key with you?” he asked sheepishly. A goofy, apologetic smile spreading across his lips.

“You’re in luck, my friend,” I replied, plucking the key from my pocket.

“Lifesaver,” he whispered, snatching the key from my palm.

Well, that’s ironic. Aspen unlocked the entrance to the guild and handed the key back to me. He held the door open.

“Ladies first,” he said. I scoffed at him but strolled through anyway. Aspen followed me, the door slamming behind him.

“So, what do you have going on tomorrow?” I asked.

“Not much, I was just going to pick up my first real contract from Dusk,” he enthused. “What about you?”

“I’m probably going to practice my sword fighting,” I sighed. “Care to join?”

Aspen nodded. “If you’d like, we can meet up in the practice room after breakfast.” We approached the door of my room and I stopped walking.

“Alright, I’ll see you then,” I yawned, walking into my room.

“Goodnight, Brynn,” Aspen shouted as the door closed. I didn’t bother to respond as I walked into the room and slid out of my bloody clothes. Not stopping to light an oil lamp, I changed into a flowing, white nightgown, too tired to care about the pile of dirty clothes I left on the floor.

Clumsily, I made it past my desk and around the plethora of books that were piled around the room. I eventually made it to the large canopy bed, falling onto the mattress with exhaustion. Sliding under the covers, I closed my eyes and drifted to sleep.

My eyes opened to the darkness of my bedroom, a harsh, cold wind blowing in through one of the windows. A chill shuddered through me.

Why is the window open? I glanced towards the billowing curtains on my left, then to the shadowy room on my right. A small movement near my wardrobe caught my eye and I slowly turned my head to get a better view.

An intruder closed the doors to my wardrobe quietly, sinking to a kneel before they opened the drawer at the base of the bureau. Carefully, I slid my hand under my pillow and tightly gripped the dagger underneath it.

The intruder was wearing a black cloak with some kind of sigil embroidered onto the back. I couldn’t quite make out the words in the darkness, but I could tell that they belonged to some sort of guild or organization. Small golden curls peeked out of the intruder’s hood, insinuating that they were probably female. She closed the drawer quietly and stood up, rising to about five foot, six inches.

Though I could be wrong, I still had to take action. I was at a disadvantage. The darkness impaired my accuracy, and, if I made any sudden movements, the rustling blankets would alert the intruder. Silence was the only element on my side. I drew a deep breath, moving my hands into a throwing position.

Carefully, I aimed the knife at the intruder’s head. Releasing a breath that I didn't know I was holding, I hurled the dagger towards her skull. 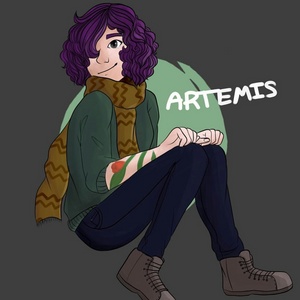 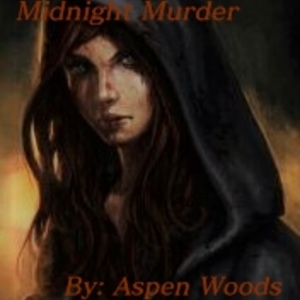 Erratath is both a place of amazing amusement and despairing deaths. Once the clock strikes midnight, the Assassins of Mistorne prey on their victims. Brynn is a part of Mistorne's assassins guild, efficiently killing off targets from around the world. One day, she gets a contract that requires her to go to the capital of Erratath: Waekbourne. One of the newer recruits, Aspen, is allowed to tag along with her during her journey to the capital. During their adventure, they find themselves deep in the heart of Weakbourne. The two of them soon realize that they had entered a world of magic and betrayal.
Subscribe 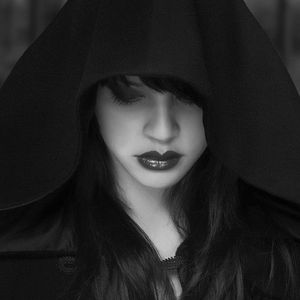