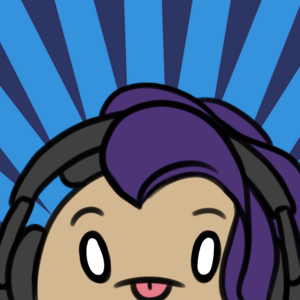 Hullo! I'm Ari. I'm a digital illustrator and comic writter/artist. I'm a big fan of comedy and horror and grew up on both in equal measure.

Hey folks, I know alls been quiet on the front here. I've got an update for you on my blog. Button's on the sidebar or you can use the link below. I hope it explains a few things.

I've done a better write up of what's happening as well as including some of the stuff I want to do with the comic in the future! Please have a read here; https://moonandcoral.tumblr.com/post/170869153366/upadate
Reply  to conversation

So, I wanted to give you guys a bit of an update; I made a couple of promises I have yet to live up to. But for good reason. My lovely lovely wife and I are in the midst of moving across the Atlantic. She's going to be going ahead of me and then I'll be following her some time later (probably next year) but it's led to some conflict between spending time with her before she goes in a month and getting extra work done. Especially after falling behind when I got crazy sick in December... It's been a little difficult to catch up. But I'm finally pulling ahead so more extras, more mock-ups and character pages, and some cool stuff I haven't even talked about yet are all coming! I'll let ya'll know but don't expect the big stuff before the end of February. Thank you as always for your patience guys.
Reply  to conversation

So, despite my ongoing attempts to fight it off I've failed and spent the last week or so miserable and unable to work due to a pretty awful cold (maybe the flu?). No page this Monday but I'll be back on the 8th like normal.
Reply  to conversation