Right now, the school's sports stadium only has two people; and that's me and my childhood friend, Sera. We're staying late even after our after-school basketball practice, and that's for, guess what...more practice, by playing a one-on-one game with each other.

"How are you so fast?" Sera complains, as I whiz past her with the ball.

"Well, think it's the practice paying off, while someone was busy dozing off in the morning."

Low-key bragging, I toss the ball towards the hoop, making it follow a smooth parabolic path and swish right into the net.

"Not again. Did I just really lose again?" ,Sera sighs, bending her back and drooping her arms down.

But immediately, she shot up straight again, beaming.

"Well, that's like the 10th time you said that. So I doubt I should be scared anymore."

"You should be! Just give me the ball!"

Complying, I pass the ball to Sera, whose face already seems to be strategizing for a win, a win which is improbable if I should say so myself. After a while, her eyes light up, blatantly telling me that she's thought of a plan. She couldn't have be more obvious than that; she has always been so easy to read for me. Maybe that's because I've known her for more than 10 years. That, or her feelings just show too well on her face.

"Can we just begin?", I suggest, just to throw her off.

"Hey Avan...",Sera calls out, looking away to the side as her face blushes with a faint red.

"Do you wanna go out with me?"

Although I've already predicted that's coming, I have to admit that she could probably fool someone with her acting. The pursing of the lips, the nervous fidgeting with the ball she's holding... It's pretty good. But definitely not strong enough to trick me.

"I read you like a book Sera, that does nothing to me."

Sera turns her head back to me and smiles widely.

"Haha, man, I thought that would make you fluster the heck out."

"Nope, you really should do better next time, haha."

As soon as those words left her mouth, she starts, dashing to her right with the ball to go past me towards the hoop. I quickly react, impeding her path by spreading out my hands to the side. She then leaps lightly in the air, throwing the ball as she drops. At the same time, I jump, blocking the ball's departure from her hands.

Both our feet plop back onto the stadium's floor, but what's different now  is that the ball's in my clasps instead. Wasting no time, I move back out to the free throw line so that I can take complete advantage of my offensive position.

"Really, how are you so freaking fast? That doesn't come from practice," Sera complains again, panting as she chases me.

"It sure does," I replied, as I try and make a three pointer.

Unfortunately for Sera, with a few bounces off the rim, the ball slips into the hoop.

"Haha...well I guess that's it for today. We should be going now, it's getting late."

"Yeah, we really should," Sera agrees as she reties her shoes.

I walk to our bags which are scattered right on the stadium floor. Then carrying mine, I return back the Sera, giving her her bag which I've also brought back.

"Thanks, let's go. I stink so bad right now, really need a shower."

"Me too," I second the statement.

We exit the stadium, welcomed by an orange-pink evening sky, telling us that night's just around the corner. A cool breeze flows gently across our faces, which I find quite refreshing after such a long period of exercise.

I take a glance at Sera, who's staring up the sky, mouth open in fascination. With large mesmerizing brown eyes, a smooth, slender face, soft orange in hue because of the setting sun and a long and brown hair wavering with the breeze, she undoubtedly is beautiful and always has been. Because of that and her charming, energetic personality, she has many admirers, which is very unlike me. However, having known her for very long, nothing about her really allures me anymore. We know every in and every out of one another, almost to the point of us just being like siblings. And for me, we sure act like one.

I'm sure Sera feels the same. 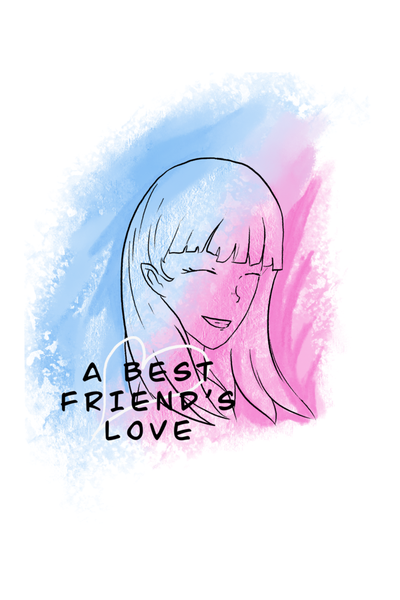 Avan and Sera are childhood friends and in fact extremely close. Having known each other since they were three years old and both being part of the basketball club, they end up spending a lot of time together. It's safe to say they've become so used to each other, seeing one another as nothing more than a brother and a sister.Well, that's true for Avan, at least.
Sera? Guess we’ll find out.
Subscribe 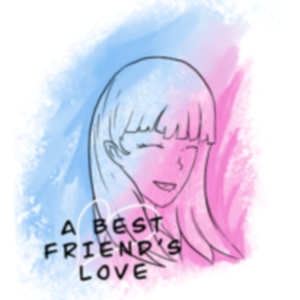