A Cycle of Sins

The earth trembled beneath their feet as another bomb fell in the distance. They braced themselves, covered their faces and squeezed their eyes shut when the cloud of debris rolled towards them. For a second, darkness engulfed them and their surroundings entirely. The heat was unbearable, the smoke dug itself into their lungs with every breath.

“Are you okay, Yuw?” a voice by her ear. She turned to look over her right shoulder, but the cloud of debris was so thick, she couldn’t make out more than the familiar shape of the woman she was on the move with. Visibility was near zero. She coughed, but it barely eased the strain on her lungs.

“Fine,” she replied, followed up by another cough. “Let’s keep moving.”

Above them, the sound of another bomber approaching. They hurried off to the right, pressed against the sorry remains of what was a family home only hours ago. The plane flew by. Seconds passed and another explosion shook the ground, close enough to topple them both over. She caught herself against the remains of the wall. Her companion wasn’t so lucky.

Another wave of dust and heat passed over them. Her eyes remained fixed upon the woman on her knees in front of her. They narrowed. She could feel the fury wash through her body and mind, filling every fibre of her being, not unlike the dust cloud filled the streets of the town, finding its way into every crevice.

Her companion was trying to get back onto her feet, struggling as she was caught in a coughing fit.

Oh she was going to give her something to cough about, alright...

She reached down, one hand grabbing the smaller woman by the back of the neck. Her victim gave a breathless grunt of surprise when she was lifted up a foot above the ground… and slammed face first into the already broken wall in front of her. The wall finally collapsed and fell over.

“It’s about time you disappear,” she hissed into her ear as she grabbed her jaw with the other hand, vice-like grip on her throat. The woman started kicking her legs, her fingers clawed at her arms, leaving behind angry marks in a futile attempt to break free. Pained, breathless grunts. “Things were so much better before you showed up!” she growled, hot breath against her victim’s ear and cheek. Her grip tightened, overtaken by fury. “You’ve ruined everything!”

A quick twist, the woman’s neck snapped like a twig. She let her drop onto the ground as the grip on her arms went limp. “I fucking hate you,” she hissed, glaring down, giving the dead body a kick into the ribs. Gaze cast downward she glared at the dead woman, whose broken eyes, halfway rolled upwards, didn’t stop staring accusingly, not even dead. Enraged, she gave the body another kick, knocking it over, then stomping onto its back once, twice, three times, over and over again-

Yuw’s eyes shot open. Heat and nausea rushed through her body as it was startled wide awake. It took her a moment to reorient herself and for her mind to realise it was just a nightmare. She kicked off the tangled bedsheets and sat up. The tank top, damp from sweat, clung to her body. Her hands trembled as she rubbed her face and combed her hair. The nausea was slowly fading, leaving behind only the pressure of a beginning headache.

She peeked at her alarm clock. Barely four am.

“Aww… fuck,” she muttered with her voice a deep, raspy half-groan. There went her night’s rest. She reached behind herself to feel the bedding. It was damp from her sweat. With a face of tired resignation, she pushed herself onto her feet. Her bare soles touched the floor. Shower, then TV until work? Another look to her messy bed, to the alarm clock, to the window and the night sky. Well, she definitely was not in the mood to change the sheets right now.

Even a quick shower and a cup of coffee in her system did little to ease the soreness in her body. The images of the nightmare were still a fresh memory and with every quiet moment at work, she felt her thoughts drifting back to it. Something about the nightmare… felt different, this time. Hit different. Like a prodding at the surface of what lay just behind her thoughts and feelings. It left her strangely on edge and took all of her focus with it.

The morning went by in a rush and turned into afternoon, leaving her with barely any recollection of events. Like life had passed her by in moments. She could still remember apprehending one suspect in a robbery. Did she finish her paperwork? Probably…? If anyone were to ask her she certainly would be unable to get into any details. It felt like only an hour ago she had greeted her co-workers while trying to suppress a yawn and now she was already about to end her shift.

Part of her felt deeply unsettled by how her mind kept drifting off and reliving the nightmare. More than once she had caught herself staring off into space, or down at her palms. The sensation remained so livid, so real. The dust in her lungs, the warm skin under her fingers as she- Yuw shook her head. Drifted off again. The fact that it was an exceptionally boring day of police work didn’t aid her focus.

Relief washed over her when she finally left the police station and stepped outside. It was already turning dark outside. For the first time since the morning she finally felt her head clear with every breath. The cool air filled her lungs, carrying the remaining scent of the morning rainfall with it. With every breath it washed away the memory of the dust.

Yuw checked her watch. In about twenty minutes she was supposed to meet with Autumn in their favourite café. And just on time too, because she felt like starving and in dire need of another cup of coffee. And maybe someone to talk to… she definitely needed to vent about the nightmare.

Despite her best intentions, Yuw managed to arrive late. She’d lived in this city forever and knew the way by heart, but she managed to take a wrong turn and ended up half a mile away from where she was supposed to be. How? Honestly, she didn’t know, herself. She turned left at the crossroads by the station as she was supposed to, but then? The rest of the way was blur, until she stood by the city gate, staring out into the dense forest. A gate guard had pulled her out of her fixation, asking if she was okay.

And now she was ten minutes late as she stepped into the café. How was she supposed to explain to Autumn? ‘Hi, sorry I’m late, I got lost on the same way I’ve taken basically every other Tuesday for the past four years?’ Even to herself it sounded absolutely ridiculous. Autumn would never buy it. Nobody would.

Yuw stepped into the café and looked around for a moment until she spotted the woman at ‘their table’ in the tucked away corner at the back. Her favourite table, far away from windows and the bustle of other guests coming and going. With an awkward smile, she approached and as she got closer, Autumn raised her head to look up at her.

“Sorry I’m late,” she muttered under her breath and pulled off her beanie and coat to drape them over an empty chair at the head of the table. “Got caught up at work.” A lie perhaps, but better than the truth. At least to her, anyway. She got seated opposite of Autumn and cleared her throat. “Did you wait long?”

“No, it’s fine,” Autumn replied, smiling as well. “How was your day?” She always opened with this question. It usually seemed so silly, but today it felt like a soothing constant to Yuw. Something to latch onto for the time being. A remainder that life progressed normally, despite everything. She looked up, pondering on her day as she took a deep breath which she exhaled as a sigh.

“Just… one of those days, you know…” she answered vaguely and accompanied by her best faked smile. It was of course a non-answer, but Autumn seemed okay with it anyway. Yuw couldn’t find it in herself to tell her how scattered she felt today. And as usually, Autumn quietly accepted. She always did. She’d give her some space when Yuw felt claustrophobic, give her advice when she felt lost, listened to her when she needed to vent.

Yuw reached for the menu card on the table, Autumn did the same. “Your day?” The question came automatic. They browsed the items while she talked about her job at the Immigration Office. It wasn’t work Yuw could imagine herself doing. Under normal circumstances, she would still try to politely listen, but today… she soon drifted off a little, giving only canned responses and feedback. The words didn’t register in her mind. Not the ones spoken and not the ones on the laminated paper either. She put the menu aside with an inaudible exhale of air. Why bother when she was going to have the same as always?

With their order eventually on the table, the two fell into silence again. More silence than usually. Yuw took a few bites from her sandwich. Her gaze drifted over the other customers within the store. They all seemed to enjoy themselves for the most part, conversing with friends, reading books. Slowly her eyes lost focus again.

Her hands tightened their grip around the woman’s fragile throat.

Yuw snapped out of her thoughts. She placed the sandwich down and rubbed the bridge of her nose between her fingers. Despite her hunger, she had just lost her appetite. She looked at Autumn taking a few sips of tea in hopes of distracting herself from the memory. 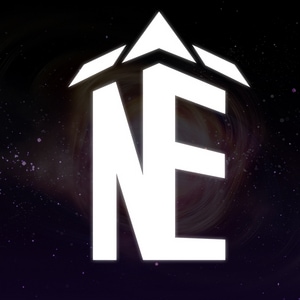 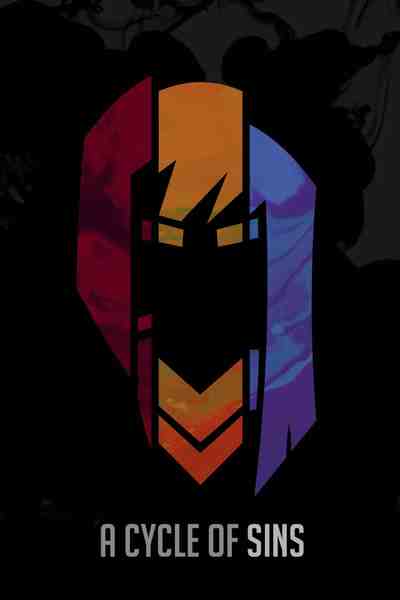 A Cycle of Sins

"A Cycle of Sins" follows Yuw, a police captain with plenty on her mind. What happens when someone actually becomes part of her messy thoughts? A journey of self discovery, littered with struggles. 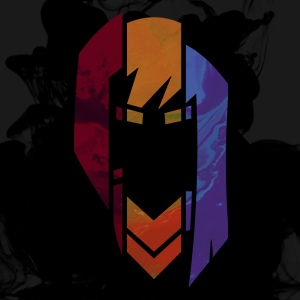