A Gem Amongst The Stone

The tree was the only place Shark could escape to without being interrupted. He could be found there almost every day, although today his thoughts, the simple ones anyway, had left him. A letter had arrived the other day inquiring about a meeting of sorts, but the political jargon contained stopped Shark from understanding anything else. The fact that the ship’s location could be found at all weighed on his mind enough. Growing up homeless had led to finding food and shelter becoming more prevalent than understanding petty arguments involving the lives of people that had never felt anything akin to poverty, focused more on shoving coins into their overflowing pockets.

Shark was his own guardian, and he made his own rules. He did what he wanted, and no one stopped him. Rumors had spread of a boy that could make humans appear out of thin air, or light a fire with his bare hands. His childhood had been spent mostly providing good entertainment for the people of the slums that were used to a dismal life full of fear. Laughter would ignite in the musty homes of the slums as guards shuffled through, looking for a boy everyone knew, but no one would speak of. No longer would extra taxes be threatened out of people, intimidation shifting into a double-edged sword. Each widow saddled with the decision of whether to provide for her children would enlist a noble woman unable to find her coin purse. The people called him Shark Bait, the epithet soon becoming widespread. That was the past, however, and Shark had since grown to be more comfortable with silence and smooth sailing.

A shoe scraped a branch above, causing an abrupt end to Shark’s reminiscing. He had been thinking for far too long, giving strength to the past. Quickly climbing down the tree, he silently remarked on the pleasant breeze.

Another boy, a few years younger, stood steering the ship. His clothes were in much better shape than could be expected of a homeless one so young. This was partially because they had recently been touched down by a small town to replenish their supplies, though they could buy little with the money they had. Most of the cleanliness, however, was thanks to Shark, who insisted that everything they had be treated as if it were fit for a king. The boy’s hazel hair, a stark contrast to Shark’s black hair, was pushed against his face by the wind, soft curls wrangled into flat streaks. Shark walked up to stand next to him, looking off into the clouds in front of them as if he understood what any of them meant.

The boys were not related to each other, though they lived like they were. Four years they had been living together, travelling constantly on their airship, surviving off of what money Shark had saved up. Conrad was close to turning 11, with Shark being about 17. The age difference could have caused a rift between others, but the close proximity that they were constantly at lead to a healthy relationship.

“Comrad, how ‘bout we go to the circus today like you wanted. You deserve a good break.” Shark’s voice was almost instantly torn away by the whistling air, but it still reached the young boy’s attentive ears. Comrad had seen a flier advertising a traveling circus while they were in town, and he had pestered Shark the whole trip about going to it; Shark had emphatically refused.

Shark smiled in response, but Comrad was already focused on the sky, locating where they should land. Shark had always entrusted Comrad with navigation. He had used a majority of his money buying Comrad books to learn how to pilot accurately with nothing but stars and swirling clouds. Comrad had been only 7 then, but even then Shark had known it would be better to supply a young harmless mind with information than to cram anymore into his own.

The circus was located in a clearing off to the side from a large lake. The clouds had drifted away hours ago, leaving Comrad to navigate by the night sky. He pulled the ship down to the ground behind some trees, somewhat far away from the brightly lit tent. They went inside, covered with scarves pulled tightly around their faces despite the warm air of late summer; Shark had known some boys in the circus years ago, and they didn’t have time to be recognised and talked into staying the night. Comrad had wanted to sit in the front row-as close to the action as possible-but Shark convinced him they would have a better view from the top. The bystanders squishing together in the front row suggested they would also be much more comfortable. Comrad pulled Shark by the arm up the stairs to the very top, forgetting in his excitement how Shark disliked contact. Comrad’s eyes shone with anticipation, and Shark held back anything he was going to say.

A hush came over the crowd when all light simultaneously extinguished, leaving everyone in darkness. A single ring of flame ignited in the middle of the stage, and inside of it stood a portly man clothed in a red velvet suit with gold detailing: the ringleader.

“There’s a magician here.”, Shark whispered to Comrad, “Either the ringleader himself or another part of the crew.” Comrad’s passion diminished in response.

“I thought circuses were full of people showing off natural skills, not magicians. A magic show is still exciting, though.” Comrad tried to stay positive about the turnout. Magicians were not so hard to come by that they were fit for a circus, in Comrad’s opinion.

The momentary silence in reply to the demonstration of magic dissolved into applause. Comrad’s excitement was picked back up by the emotions flowing through the audience, and he clapped right along with them. The ringleader raised his arms and opened his mouth to address the audience.

An explosion outside vibrated through the tent, silencing the ringleader before he could speak. A tense silence hovered in the crowd.

Floating down through the open top of the tent was a large ship flying the flag of the republic, a dark blue flag with 3 silver stars. A booming voice called out from the deck.

“The wanted felon Shark Bait has been tracked here. It is presumed he is traveling with a young boy, around the age of 12. Anyone that aids the guard in locating these boys will be greatly rewarded.” Crew members dressed in the dark blue uniforms of the official guard lowered a gangplank, and a magician relit the candles along the edge of the tent. An urgent murmur spread throughout the crowd.

”What do they want with us? We haven’t done anything.”, Comrad anxiously asked, speaking low enough that only Shark could hear him, glancing around at the people surrounding them, just as many others were.

The crowd was steadily shifting toward the ship as the crew handed out sheets of paper, presumably wanted posters. Keeping their scarves wrapped securely around their faces, they moved along with the crowd, walking closely behind the family next to them, hoping to appear with them. Once on the ground, Shark led them through the crowd to a gap between stairs, staying low yet trying not to look suspicious to the audience members they passed. There was a slit in the tent, probably to increase air flow, or maybe just to help with the shape of the tent once assembled, but either way it gave the boys an exit.

There were guards outside, surrounding the main entrance, to the left of the duo. Shark motioned for them to go right, around the ships parked in front. Directly in front of the entrance was another guard ship, slightly smaller than the one in the tent; dust was still settling around the hull. What had been presumed an explosion was actually the ship hitting the ground in its rush to block the entrance. Guards had yet to spread out to the airship lot, meaning the boys only had to keep out of the light as much as possible. The group of evergreens their ship was in was thankfully still encased in darkness.

It had been a while since Shark had been so close to other airships, and it reminded him of how different theirs was. Instead of being an adapted ship, it was more of a large round planter, with a tree in the middle and the deck surrounding it. The large tree, a maple of some sort, provided the ship with all the energy needed; its roots connected directly to the engine below deck. Shark had never given much thought as to how it worked, but he was constantly grateful that they could spend what little money they had on food, and never had to think about fuel.

It was much more compact than others as well. Below deck there were only 4 rooms: the engine room, a room filled with pipes encasing the tree roots; the control room, housing another set of controls identical to the ones above deck incase of bad-weather conditions; a simple common room barely three paces wide both ways filled with a single wooden table that never sat evenly and a single chest filled with books; a bedroom two paces by three, with just enough room for a single bunk bed.

There wasn’t much to look at, but it had been their home for the past four years, and it had never let them down.

“There’s no point waiting for them to leave, we’ll just have to get a head start.”, Shark said to Comrad when they both dropped down into the control room through the entrance hatch. With a nod in response, Comrad started up the engine and pulled away from the ground.

They flew for the rest of the night, blending in with the clouds once they came back. Getting away from the circus had been simple; no one had looked up at the airship once as it took off. When a dense forest was below them, and no one was in the air near them, Shark let Comrad land. 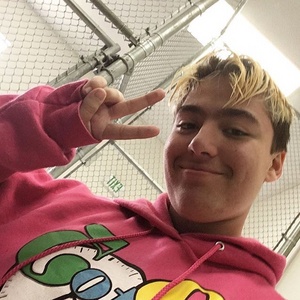 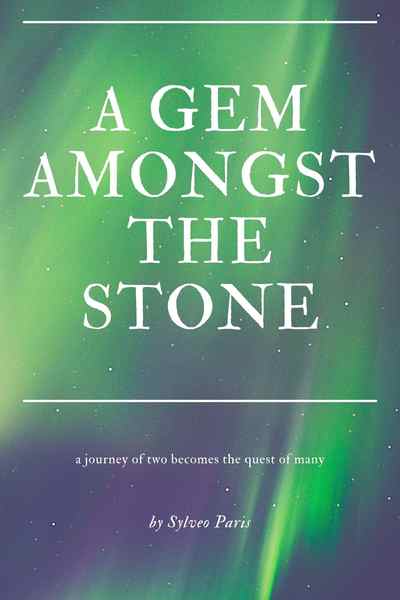 A Gem Amongst The Stone

Shark and Comrad never spend more than a day in one place. The past four years of their lives have been spent in the air, drifting in their airship. When a royal guard ship crashes into their peaceful life, Shark has to protect Comrad from new dangers, as well as find out why there is a bounty on their heads. How will they fair, after so long away from everything?
Subscribe 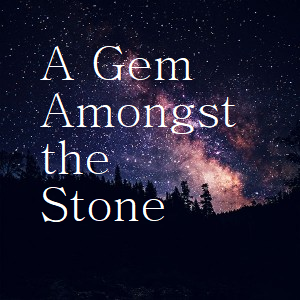