Halfway up the Appalachian Mountains in the Virginian countryside there is a small town that is known for their beautiful scenery and vibrant nature. In that small town there is a beautiful, protected forest near the town annually drawing in nature lovers and naturalists wanting to “rough it” in the sticks or tread the difficult trails. In this small town, or “village” as the kids and teens affectionately called it; resides a particular hardworking young woman.

In the center of the town there is a small house with blue siding with chipping paint. The blue house has a sagging roof, and the creaking wooden porch below a fading sign sitting just under the roof reading “Evergreen Mountain Family Practice” just above a hand painted script reading Doctor George Reine II DVM and GP. Next to the screen door with a well tarnished metal handle is a hand painted sign with flowing script showing the hours, emergency number along with the doctor’s address (one block over), and instructions to let yourself in the back and yell for Natalie to come around if there was a pet emergency.

Inside the door at a wooden desk covered by miscellaneous files, and an aging computer making ominous clicking and humming noises sits a young woman looking for a single paper amongst the ever-growing stacks. In this empty lobby at the desk there sits a dark blonde,6ft tall, long limbed, but lithe from her many walks in the forest in her spare time. She works as a Nurse in small mountain town with the town’s only General Practitioner/Family Doctor as his assistant. As an Assistant she often acts as a midwife, pathologist, emergency surgery assistant, or paramedic in addition to her regular duties.

Her Brother Xander is four years older than her, works as part of an Army special operations unit so she does not talk with him regularly. Their Father, Edward, works as a tour guide for adventurous hunters and hikers on the nearby nature trails in the nearby forest. Her Father can be seen assisting the rangers in finding lost hikers when he is not working his day job. Her late Mother, Shannon, was a war hero in the Army. She is set to inherit family property once her father finally decides to retire and relax. The young women spent her days helping the local Doctor run the Clinic and assists her father with his rescues or medical evacuations from the nearby forest.

She grew up hunting with her dad and learning the layout of the forest. When she was not in class or in the forest, she was working the phones in the doctor office especially on the weekends or holidays. Her mother died at war over the summer when her and her brother were twelve and sixteen, respectively. After their mother passed, they all threw themselves into their work or hobbies to help with their grief. She became engrossed in her fantasy novels when she was not out in the woods with her dad, while her brother was always out playing baseball or busy with schoolwork. She grew even more distant from her brother when he left for baseball camp at the end of their summer break and subsequently spent even more time with her father. When the fall semester began her brother was busy with varsity baseball in high school when she was focused on her studies and being there for her grieving father.

After they threw themselves into their work time passed quickly, and her brother even managed to graduate High School a year early, only to join the Army and immediately leave. She was left in an empty house with only her father as company, so she began to take online courses and eventually graduated High even earlier than her brother, at sixteen. The doctor helped her become a Licensed Nursing Practitioner so she could help more at the clinic over the summer. She ended up graduating top of her class with an associate degree in Biology from an online university and thanks to her hours working in the clinic and with Search and Rescue, she was able to get into a university with a great nursing school.

While she was in Nursing School, she spent her time working nights at a Clinic and Nursing homes to pay her bills. Most days she spent studying and catching up on homework in the break room. Her grades and experience helped her get into the nursing school on the first try and four years later she became an Advanced Practice Registered Nurse. After another two years when she was 26, she received word that her father had a tumor and she returned home happy to see her town again and ready for the slower paced life.

After working in the clinic and taking over for her father on the weekends she grows used to daily life. Monday through Friday she gets up at five AM goes for a run, before heading home and showering, eats breakfast, and opens the clinic. This was her usual routine during the week, sometimes there was a sick pet, flu, or poison ivy mixed in, but usually the clinic was slow. When she was not in the clinic, she often did home visits for the new mothers and a couple elders in the town that were sick or dying. Her father’s tumor in his leg ended up being cancerous, but his chemotherapy was going well. They were expecting him to get back to work slowly in a few months. In the meantime, she was enjoying the weekends helping with rescues in the forest whenever she was called in. This was her usual routine day in and out, there was little difference as time passed other than the temperature and the influx of patients over the various holidays. Their Christmas was spent with her brother who was there just long enough to exchange presents and greet the other townsfolk before leaving again to some far-off destination they knew little of.

Despite their short family reunion Natalie and her father were in good spirits because of the news of his shrinking mass. The winter season moved on as the Christmas lights were put away and the days grew warmer, but Natalie noticed her father became clumsy and his face held a pallor both uncommon for the steadfast father she grew up with. After two days of her begging and the Doc’s poignant recommendations, they eventually made their way to the nearby Hospital for a checkup and scans. She was frustrated a few hours later after driving back with a tired father and a recommendation for better nutrition and rest while they waited for results. She finally got the results not a day later, thanks to her calls to classmates working in the lab and on the floor of the Hospital. Unfortunately, her father’s Cancer had spread, and they did not have much time left, distraught she tried to contact her brother and the Army base to no avail as her brother was located in an out of contact area.

A young woman named Natalie lives her life in the Virginian Mountains. 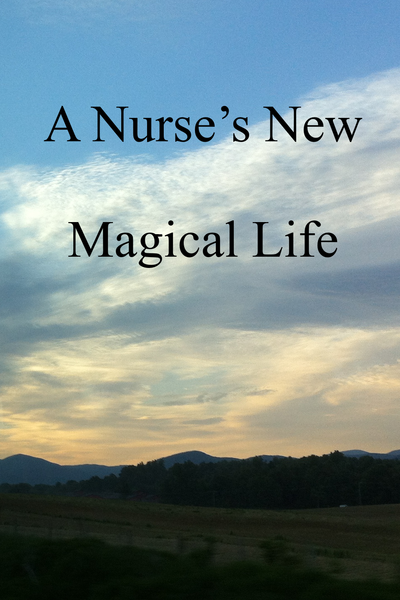 Natalie worked as a Nurse in a small town living a predictable life, until she fell into a chasm and woke up in a new world. Now, she uses her knowledge to survive in a world filled with magic and amazing creatures.
Subscribe 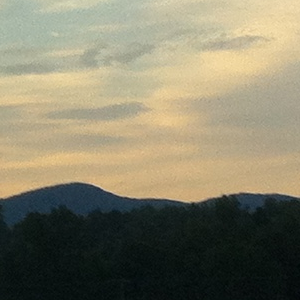