A Penny For Your Thoughts

It begins as a few whispers in the air, washing over me a cold chill. From the moment I woke up, the day's been beautiful and continued that way, even when things went downhill. The clouds loom in the sky every shade of black and white through silver-gray, leaving small gaps for the few bits of plasma-blue hiding behind them.

Along the sidewalk, moving umbrellas of a variety of colors go strolling along, tempting me to join them to embrace the rain. A dripping sound arrives at my ears as the first shower of rain falls on the leaves of the plants outside.

A sheet of rain washes over the cafe's windows and the sounds intensify as the seconds pass by in the blink of an eye. The noise against the windows resembles the pitter-patter against the leaves in a forest. The temperature has dropped a bit, but not enough for me to be shivering.

Sitting by the window when the rain falls is a bad idea on my part, I know it, but I can't fight the urge of going against the standards I set for myself. I have a feeling I'll be affected some time later, yet I can't bring myself to care. All that matters is the rain and the cup of coffee before me.

"You're staring off into space again," My boyfriend says to me, seeming more upset than usual. His hands play with one of many packets of sugar sitting on the table before he goes on to say, "This is what I wanted to talk to you about."

My gaze lifts from the steam rising out of my cup to meet his distraught glare. Judging by the posture he displays and his overall attitude, he doesn't seem to want anything more than to leave me to wallow in my sorrows. I stare at him as though I don't know what he's talking about.

"What did you want to talk about?" I ask him, my gaze returning to the steam rising before my eyes instead of staying on him.

"I'm breaking up with you," He replies to my question, almost sounding merciless and cold, adding, "It's-"

"It's not you, it's me," I mock him, resulting in a shocked look crossing his features before it returns to its distraught form. After a few seconds of an awkward silence between us, I continue to say, "If that's all, then I'll leave. Have a nice life."

I rise from my chair and begin to walk away from him, leaving him to be alone in whatever world he sees around him. A few cliche lines aren't how I would end things with someone, regardless of what they feel. In the end, all we'll be left with is our broken heart. If so, then what's the point?

"Wait," He calls out for me for what feels like the last time.

I pause in my footsteps, coming to a halt a few feet away from him. I turn back to him and wait for his last words before we never see each other again. Last words are meant to be beautiful, but I would prefer them to be harsh and to the point.

"Don't you feel..." He trails off, thinking about the right words to say to someone like me. After what appears to be a quick fight with himself, he continues his question, "Anything? After everything we've been through?"

All we've been through are the same things every couple goes through but after some time, interest can be lost in the world we've created for ourselves. It's a fact I can't deny and don't plan to. Everyone treats each other as though they're some sort of toy or person of interest for a couple of years and then, poof, it's all gone.

"Everything has its inevitable end," I answer his question with a vague response, leaving behind a few words I came to terms with not too long ago.

I leave him there with the questions he asked before and everything that's happened. The thought of knowing I "loved" someone with all my "heart" and they loved me too hangs over my head. But, I know very well it can deteriorate much like the purity of a child's mind. It's something I know to be a fact.

"Now that it's over, I'll just go home," I mutter to myself, leaving the café with an empty mind and a clean palette.

As I pass by those around me, enjoying life for all it is, the clouds fade to the white color it once existed in, allowing the sun to greet us once again. It sits on its high throne, curious about what I'll do next.

As I stroll to my car parked dowen the street from the café, the beauty of life attacks me with a vengeance. The birds chirp their sweet tune in the trees they call their homes. The dogs being walked by their owners swing their tails left and right, happy that they're going for a walk now that the sun's out.

All of it alone fills me with the urge to throw up at the sight of such happiness. I look up at the sky in wonder and resentment, wondering where my rainy has vanished to. As much as I love the sunshine, the rain is more for me than it may realize it is.

I let out a sigh laced with longing and despair as I move past everyone around me as though I don't see them. Besides, it's not like they see me. The thought pierces the area around the hole in my chest with a knife sharp enough to cut through steel. A smile tugs at my lips in a gentle manner, threatening to make me crack a smile.

Standing in front of my car, I see a flyer stuck in the windshield's wipers, advertising some other scheme for me to ignore. With a brief eye roll, I pick up the flyer and read its contents, increasing my knowledge of today's society.

It's an advertisement to see a therapist concerning all matters ranging from Clinical Depression to Schizophrenia, one of which I can relate to quite well.

"A penny for your thoughts. Intriguing," I mutter to no one around me, considering a visit to a therapist's office according to what the flyer suggests.

I open my car door and toss the flyer onto the passenger's seat, getting in and shutting the door. I glance at my watch, wondering how much longer it will be until I can return to one of the few places where I can escape the world around me. 5 o'clock, it read. I let out a sigh and begin to get a move on. Only then will I be able to get back home. 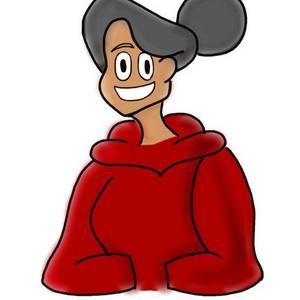 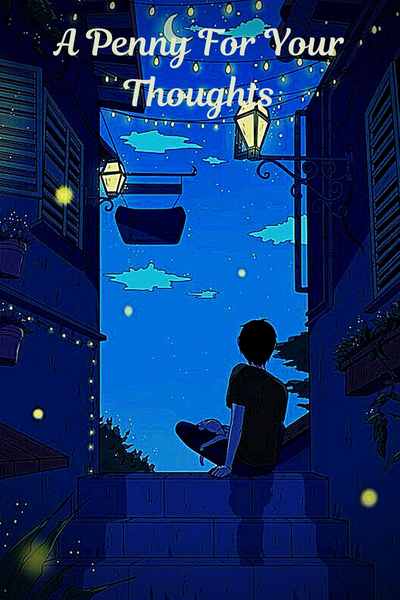 A Penny For Your Thoughts

"Who else is gonna make you feel like the shit you are?"

"I'm breaking up with you."

"Why make is seem like you're the one who wanted to end things with him?"

A few questions, similar to others, haunt Cyrus Roman with every passing day. Whether or not, he wants to admit it, there's something wrong with him and he can't do anything about it because he's too much of a coward, or rather, he doesn't care for the sake of his mental health.

Having been dealt a bad hand in life, a sign's been handed to him as a small gift from whatever mystical being is controlling his life.

As a result, he sits before the man who will either help him find out what's wrong with him or help him recognize his true desires.

His last option, or rather, his last hope relies on him. Will he be consumed by the darkness of his mind or will he be saved before things get worse?

*This book contains many triggers. Please read at your own discretion.
Subscribe 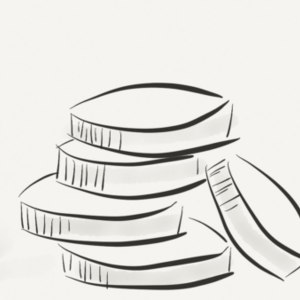