A Princess in the Castle of the Demon King

Much like those cliched historical romance novels about demons and foreign nations kidnapping unsuspecting princesses, Princess Freyaphina or Freya for short, awoke to the screaming of maids coming into her room. Any sort of maids barging into her room so early in the morning was already strange enough. Her reputation was normally bad enough to deter any servant from even approaching her quarters so this must have been important.

Reaching for her mobile in her half-awake state, Freya muttered, "What time is it?"

Brushing her wild pale blue hair from her face, Freya turned to face the maid and asked, "Just what is going on that you had to wake me up at seven in the morning when I came back at three am?"

The mossy haired maid, with fearful wide eyes yelled, "Princess, the castle is under attack!"

Freya's pale blue eyes widened in shock and muttered, "I'm either dreaming or this really is like those cliched novels sis likes reading."

Before either the maid or Freya could say anything else at this strange turn of events, the door to Freya's room was cut open by four knights dressed in the blue and gold military uniform of the Empire.

Not in the mood to deal with this situation, Freya offered the smile reserved for her followers on Magicore and said, "Gentlemen, its rather early for such a ruckus, wouldn't you agree?"

"Princess Freyaphina," the youngest of the four said in awe.

Smiling, Freya thought, Looks like this guy is one of my followers, today is my lucky day.

Out loud Freya said, "Sir knights, how are you this morning?"

As expected, the youngest blushed while the elder three looked on at confusion. The three in the back would probably be difficult to deal with, judging from their hardened eyes and scars peaking out of their sleeves and necks.

At this thought, Freya focused her attention onto the youngest knight and said, "Is everything alright?"

The young knight pointed to himself and replied, "W-W-Who? M-Me? I-I-I'm fine. W-What about you princess?"

Keeping her tone light, Freya responded, "I'm fine, but if possible I'd like to have a chance to get dressed before continuing this conversation. After all, I don't think PJs are appropriate attire."

One of the other knights was about to respond, but the younger knight cut him off by saying, "O-Of course, princess! Take all the time you need!"

As he was about to usher away the other three knights, the one in the back, a burly man with graying brown hair said, "I don't think that's a good idea, Kalen."

"Its fine, everyone knows the ninth princess has no magical talent," the young knight responded.

The same knight responded, "Fine, but I don't like it" before allowing himself and the other knights to be ushered away by him. As soon as the door opened, the maid also used this chance to escape.

As soon as the door opened, Freya scrambled to pull on the nearest pair of jeans, a blue tank top lying on her cabinet, the black leather jacket on her desk chair, and the black heeled boots and black socks she had worn at the club last night. Next, she quickly grabbed her backpack and stuffed her two mobiles, her makeup bag, and laptop into the bag. The laptop being the most important since it contained all her schoolwork and research notes.

Pulling on the backpack, Freya lamented not having the time to grab anything else or even find more sensible shoes before pulling on a book in her bookshelf. Like all royal children's rooms the bookshelf spun around, placing Freya in a tunnel lit up by magically powered lights.

Tightly gripping her backpack straps, Freya began the walk through wherever the passage would lead. She only knew that it was built thousands of years ago during the founding of the Kingdom of Lorian so the passageway was a lot more uneven than the smooth marble flooring of the castle's hallways. Strangely, the lights lining the temple gave off a faint blue glow, reminding Freya of the trademark hair and eye color of the Lorian royal family.

After what seemed like an eternity, and tripping over sever cracks in the floor, Freya arrived at what appeared to be a small library or study. The shelves were all lined with books, but curiously a vast majority of them seemed to be written in the ancient language. In the center of the room was an archaic looking desk and chair, with a large crimson and gold book in the center.

"Damn old man, you were holding out on me," Freya softly spoke aloud at this finding while taking in all the knowledge that was held in this small study.

At the thought of knowledge, Freya quickly sat down and took out her laptop. If it got damaged or her latest findings weren't safely stored in the Magicloud, she didn't know what she would do.

Turning on the magic stone powered device, Freya breathed a sigh of relief that despite the haphazard way that she had shoved it into her bag, the computer and everything stored into it were fine and just as she had left it. Next, Freya tried to access the Magicloud to see if everything was still safely backed up, but found that she couldn't access the Magicore. Frowning, Freya shut down her computer and safely stored it into her backpack before pulling out both of her mobiles. As with her computer, neither of them could access the Magicore, meaning that for the time being Freya was out of contact with the known world.

Annoyed, Freya put all her technology away and took out her makeup bag. If even magicless Freyaphina could get away from those knights, she was sure that her magically inclined siblings and parents would have no trouble. On that note, Freya remembered that she had an image to keep up and carefully applied the thick red rouge, black eyeliner, and rest of the makeup she was known for wearing. Double checking that not a drop of her makeup was out of place, Freya closed the small compact mirror and placed all her makeup neatly back into her makeup bag before placing the makeup bag, too, into her backpack. Her only regret was that she didn't have time to grab a brush or hair tie for her long hair.

Securing the straps of her backpack on, Freya then decided to look at the books around the small room. Although small, the subjects of the books seemed to range from novels to history to science. Looking around, Freya was saddened that although the books varied in content, there appeared to be nothing on Quantum Magic. It was really a shame, she had hoped some of this stuff would help in her research, but it looked like there wouldn't be anything for her.

At that, Freya sat down again and began tapping her heel in impatience.

"What's taking everyone so long?" Freya complained out loud.

In boredom, Freya glanced around the small room from the desk and wondered if there was anything here that could relieve her boredom if there wasn't anything on Quantum Magic and she was out of touch with the rest of the world. Really, although she loved studying archeology and ancient knowledge, she couldn't fathom how anyone could possibly survive without the Magicore. Even the demons had something similar they called the Demicore, for crying out loud.

In the middle of her internal musings, her eyes once more came to the large red book on the table in front of her. Mostly to kill some time, Freya flipped open the untitled book to the title page. Frowning, Freya noted that this book didn't have a title page. Opening it up, she found that the book wasn't something published, but most likely some ancient person's journal. Everything was completely handwritten, but strangely enough Freya found it easy to understand and decipher. As she continued flipping through the book, Freya noticed a crimson bookmark stuck between some pages in the bottom half of the book.

"To the Descendent who reads and knows these words, I would like to say three things:

Number One: Congratulations on finding this book

Number Two: May you be brought to the place you are meant to be

And Number Three: Remember, you will be happy!"

No sooner had the words left her lips than a strange cold blue light enveloped Freya sending her far away from the small hidden study she had been occupying for hours. In shock, Freya frowned. This was impossible, she couldn't use or control magic. Just what exactly happened?

Then all thoughts left her as she heard a seemingly unending cascade of pinging coming from her two mobiles. Taking out the first one she could grab, Freya leaped for joy, dropping the strange book, and hearing the clang of her high heels on stone as she yelled, "Yes! My signal's back on!"

This good news was only stopped with the realization that wherever she was, she was not alone anymore. 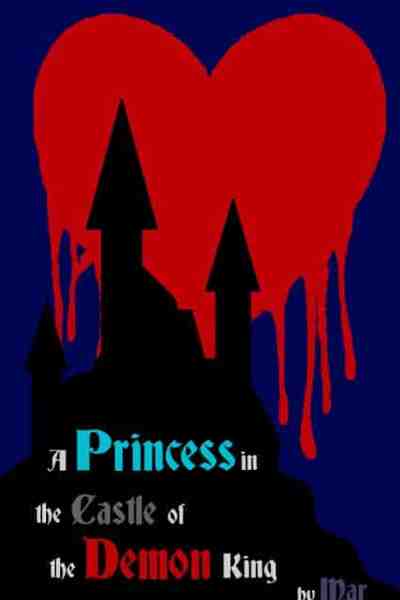 A Princess in the Castle of the Demon King

Princess Freyaphina, Ninth Princess of the Kingdom of Lorian, is a mystery to all given her distinct lack of magical talent. Secret top student by day, and bonafide party animal by night, she is content in being able to research Quantum Magic while keeping up the façade of the useless, but beautiful princess of Lorian.

When Lorian is attacked by troops from the Empire, Freya escapes, finding a magic book which accidently transports her into the castle of the famed man-eater, the Demon King Raziel. Striking a deal with the demon, Freya begins to adapt to both her exile and demonkind culture. Just as she is settled into her new life, she discovers the attack on her kingdom was far more sinister than the mere conquest of nations. 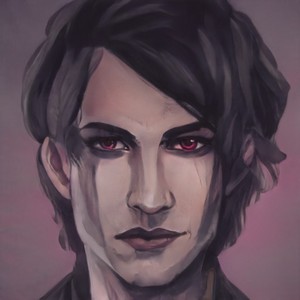