A Touch Of Fancy

You know that one moment you were told about as a kid, the moment you dreaded and feared so you tried to avoid it at all costs… well, for me, that moment happens now.

It was a completely normal morning at first, the sound of my alarm piercing my ears at ungodly hours in the morning followed by the same warm shower I take everyday, the same hair routine, the same skin routine, the same uniform being taken out of my closet and chucked onto my bed, and even the exact same breakfast as always. It was a completely normal morning. There was nothing out of the ordinary and there were no signs telling me that today would be that day, I felt safe this morning.

I also felt safe on my journey to university, nothing about the same boring bus ride was unordinary. The people that got onto the bus were the same people like always. The lady and her three kids, the old man with the green coat, the bold man with the beanie, and the teenagers that sat at the back on their way to school, they were all there. And it was Mark driving the friday bus like always, nothing was different about this morning.

Uni was busy as per usual, people dressed in black suits and white shirts darting across the marble floor in a hurry. Ladies tying their hair up in messy buns and high ponytails just so that the sweat forming on their foreheads doesn't make the loose strands stick to their makeup-filled skin. I don't know why we have to wear formal clothing to university, but we do. I usually just go for a plain button-down shirt with some black jeans, but the majority of the people wear suits, something about making a "good impression" on the professors. Anyway, university was the same as any other day. I powered through my classes and sat at my usual table for lunch, alone. Just like always. Nothing was different.

It was when I began walking through the town centre that everything changed. The shops were still open, people had still filled the streets, so it wasn't the environment that had changed, there was just this impending feeling of doom following me as I wandered around the noise filled shops and markets. And then the noise stopped, and people fell into a fit of whispers and hushed gossip. That was when I knew.

So here I am now, in a situation far away from my normal, standing with my mouth hanging open and my fists clenched at my side. Kneeling down infront of me was a man I'd never met before, but I'd heard about him, everyone had, he had the ring held out in his palm and it sparkled into my eye, but I didn't find it charming. This was basically a fancy prison sentence. An agreement my parents had made before their untimely deaths. This was it, I'm getting married to a stranger.

"So, what will it be?" The man said, snapping me away from my thoughts, not that I could actually gather any in the first place.

"Yes... I'll marry you" I didn't know if he could hear the unwillingness in my voice or if he felt the same way I did, but he gave me a small sad smile as he placed the expensive looking ring on my finger, which he then kissed tenderly.

"I'm sorry about this" he whispered in my ear softly before pulling back and examining my face. His dark green eyes captivated me for a split second before I forced my eyes to look elsewhere. But everyone-else was looking at me. My eyes darted from one side of the crowd to the other, people had surrounded us and I was suddenly feeling claustrophobic. There were phones taking pictures and videos, but the thing that caught my attention the most was the looks. They all looked disgusted, jealous, judgemental, I couldn't escape their tormenting gaze no-matter where my eyes landed, so I focussed on the ground below me. My feet shuffling uncomftorably.

"Your Highness, It's time to go" a man dressed in all black said, and my fiance nodded appreciatively, taking my small hand in his much larger hands and leading me towards the carriage he had arrived in. Yes, a literal carriage, horses and all. To say his arrival was extravagant would be an understatement, but what more can you expect from a prince.

He helped me onto the strange piece of transportation before getting on himself, he smiled at me kindly, as if trying to reasure me that this was fine, this was far from fine.

"You don't speak much do you?" he questioned, his voice trying to uplift the awkward mood and somewhat tension.

"I just don't have much to say"

We stayed in silence for the rest of the journey, the only sound heard was the clicking and clacking of the horses hooves on the rocky pavement. Soon enough we pulled outside of a large palace, the gates wide and unwelcoming. I felt like I was about to see this mornings breakfast all over again, it was not a pleasent feeling.

I wonder what life is like when I'm married to a Prince? 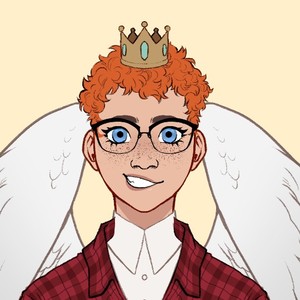 So, what do you guys think of the story so far? Also, creative critisism is accepted and appreciated! I would love to hear all of your opinions on how I could improve this story, so please don't hold back :) 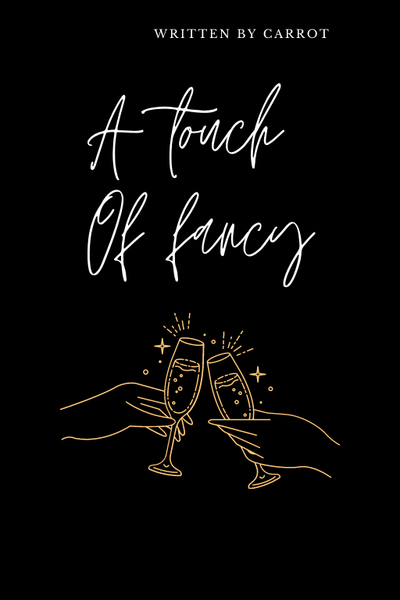 A Touch Of Fancy

Carter's simple life came crashing down when the foretold stranger got down on one knee and proposed, it got even worse when he accepted the 4.01 carat diamond ring. But who doesn't love an arranged marriage story?

Well, Carter doesn't, especially not when his life is a whole lot less simple when he's the future husband of a Prince.

So how will Carter cope with his new life of glamour and royalty, afterall, it is just 'A Touch Of Fancy' ;)
Subscribe 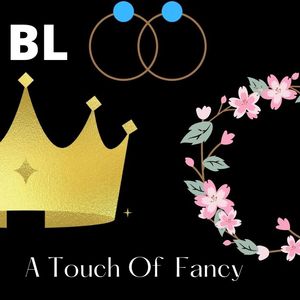